Not so streetwise thief nabbed after stealing KFC 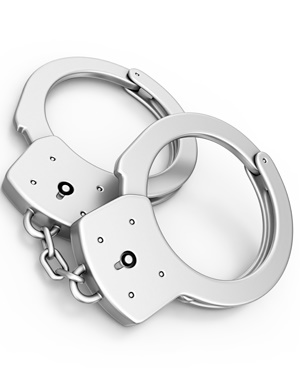 Durban – Cape Town Law Enforcement officers have apprehended an alleged thief who broke into a car and stole “R100 worth of Kentucky Fried Chicken [KFC]”, an official said.

“The man giving chase was the owner of a vehicle that was broken in to." He flagged down the officers told them what had just happened.

“The officers gave chase and apprehended the thief who had stolen R100 worth of KFC and a radio/cd player from the car."

The 38-year-old suspect, who is from Eastridge in Mitchell’s Plain, has been charged for theft out of motor vehicle.

We live in a world where facts and fiction get blurred
In times of uncertainty you need journalism you can trust. For only R75 per month, you have access to a world of in-depth analyses, investigative journalism, top opinions and a range of features. Journalism strengthens democracy. Invest in the future today.
Subscribe to News24
Related Links
Manhunt launched for third State Security Agency thief
TV thief plummets off cliff during bicycle getaway
Arrest leads police to scene of 'gruesome' murder of elderly couple
Next on News24
LIVE | Covid-19 in SA: Death toll at 21 289, with 778 3 069 confirmed cases

Every day ke payday for Daily Lotto players
Full list of lottery results
Lockdown For
DAYS
HRS
MINS
Voting Booth
When planning for the Black Friday sales do you:
Please select an option Oops! Something went wrong, please try again later.
Save, research and plan ahead, preparing to make the most of it?
7% - 988 votes
Wait and see what looks like a good deal on the day?
14% - 1875 votes
Have no interest in spending more money this year?
79% - 10531 votes
Previous Results
Podcasts
PODCAST | POLITICS UNMUTED: When prophets and politics collide