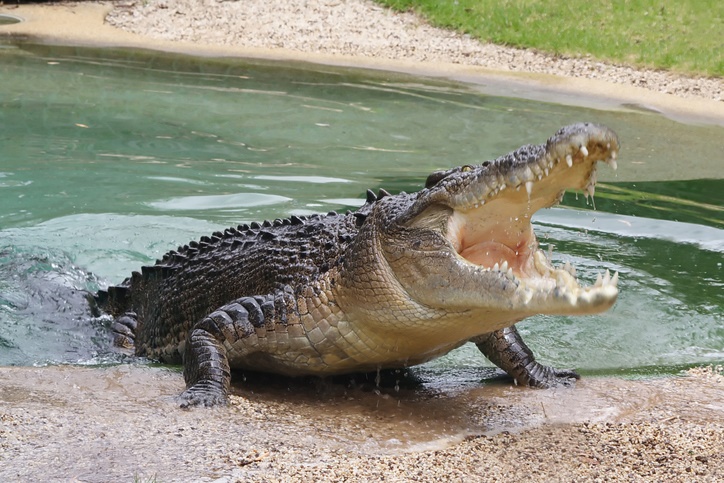 Crocodiles have escaped from a Western Cape farm.
iStock

A bask of young Nile crocodiles is on the loose in Bonnievale in the Western Cape.

The reptiles escaped from a commercial breeding farm.

Operations to track down the crocodiles were undertaken throughout the day by CapeNature, the landowners in the area, the owner of the crocodile breeding farm and the South African Police Service.

Twenty crocodiles have been recaptured.

According to the Western Cape provincial government, an unknown number remains at large and have, in all likelihood, found their way to the Breede River, which runs in the vicinity.

Bredell said the reptiles present medium danger to people because they are farmed animals.

"They are used to regular feeding and, therefore, do not hunt for food. But they remain wild and instinctive animals, and do pose a danger to the public," Bredell said.

Bredell has urged the people of Bonnievale and surrounding areas to avoid the Breede River for a few days, and to keep an eye out for the escaped reptiles.

"An area about 5km upstream towards Robertson and 5km downstream towards Swellendam are the key areas. CapeNature and their partners will continue to search for the animals and have set a number of humane traps, with bait, to attempt to recapture the animals that remain on the loose.

"Patrols on the river will be undertaken every night to catch these animals," Bredell said.

Bredell has urged people, who spot a crocodile, to not approach it, but to alert the authorities immediately.