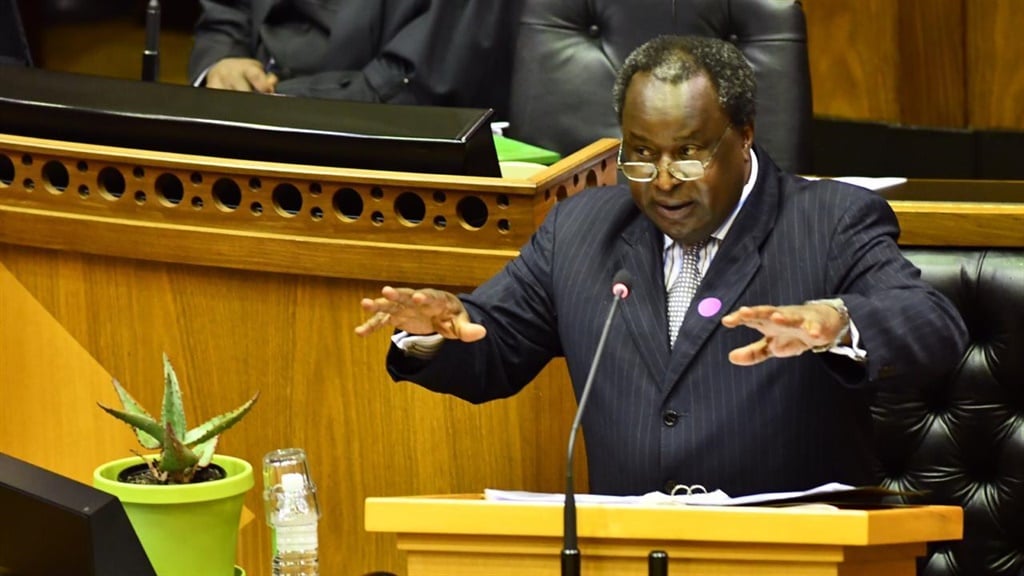 While opposition parties took a dim view to the Medium Term Budget Policy Statement (MTBPS) Finance Minister Tito Mboweni tabled on Wednesday – particularly with regards to the SAA bailout and national debt – the ANC welcomed it.

According to a statement from the office of ANC chief whip Pemmy Majodina, the ANC caucus was "acutely aware that the minister has tabled the MTBPS within a severely constrained fiscal space".

"This year's MTBPS is also delivered amid the global coronavirus pandemic that has had a devastating impact on the global economy," the statement read.

"The ANC caucus appreciates the difficult choices faced by government in responding to this unprecedented crisis. The ANC supports government's responsible interventions to manage the national debt and prevent South Africa from falling into a deeper debt trap."

The ANC caucus welcomed the decision that the government had "not imposed full-blown austerity measures that could cripple the prospects of recovery".

On SAA, the ANC said:

We also support the Government’s decision on the continued operation of SAA and the endeavours to fund the revival of SAA and not its liquidation, which is based on the fact that SAA is an agency of value added economic activity for the country. A restructured SAA operating efficiently and on commercial principles will also positively contribute to the economic recovery of the country.

DA MP and spokesperson on finance Geordin Hill-Lewis was not as enthusiastic about the R10.5 billion bailout for SAA.

"The granting of another R10.5 billion bailout to SAA, on top of R16.4 billion allocated in February's main budget, shows the ANC's disregard for poor South Africans," he said in a statement.

"Minister Mboweni should have held the line and refused this bailout.

"He has made this an issue of principle in the past, and has repeatedly committed that no more public money would be wasted on SAA. But he has now capitulated, has broken that promise, and must now reconsider his position in Cabinet."

He said the DA would continue to mobilise against this bailout, and called on the public to take part in the budget process to make their voices heard in opposition.

Hill-Lewis is also concerned about the debt scenario.

He said South Africa would now spend 21 cents in every rand of tax revenue on paying interest, and will spend more on interest costs [R271 billion], than on police [R104.7 billion] and healthcare [R231.3 billion].

"And because of the ballooning debt, interest costs will even overtake social grants in 2023.

"That is why today's Medium Term Budget Speech must be considered a failure."

The EFF was also underwhelmed and described the MTBPS as predictable in a statement.

The policy statement presented by the finance minister, inundated by rightwing ideological drivel disguised as sense and reason, is evident that Tito Mboweni is part of the cabal that is serving local and foreign white monopoly capital [sic].

"South Africa's huge debt to GDP, budget deficits and high-interest expenditure is as a result of the governing party's mismanagement of the economy."

The party said Mboweni did not provide a "believable plan" on how to address the out of control debt.

"SAA must not be sold to anyone because the bidders will be foreign companies which will not care about the strategic importance of a national airline. Those who assess the importance of SAA just on superficial balance sheets are shortsighted."

IFP MP and spokesperson on finance, Mzamo Buthelezi, said the policy statement "speaks directly to the consequences of poor financial and economic management".

Debt trap 'will compromise our sovereignty'

"Our country would not find itself knee-deep in debt, with a debt to GDP ratio of 81.8%, if we had adequately prepared during the past few years, sans the difficulties of Covid-19," he added in a statement.

The alarming rate at which our country is borrowing to service debt costs means that we run the risk of a debt trap, which will compromise our sovereignty as a state as we would be willing to sell off our country to the highest bidder.

Buthelezi said the continued bailouts of SAA and other failing state-owned enterprises should stop.

"We cannot continue to throw money at non-financial restructuring plans.

"We must focus our attention on the agricultural sector – as it is already growing, and we as the IFP have been calling for greater emphasis to be placed on this sector."

FF Plus leader Pieter Groenewald said in a statement it was clear that Mboweni and the government were placing themselves in a checkmate position.

We live in a world where facts and fiction get blurred
In times of uncertainty you need journalism you can trust. For only R75 per month, you have access to a world of in-depth analyses, investigative journalism, top opinions and a range of features. Journalism strengthens democracy. Invest in the future today.
Subscribe to News24
Related Links
Covid-19 corruption: Mboweni confirms Treasury note that allowed loophole for looting is withdrawn
R70bn IMF loan to fund government programmes 'which could include salary payments' - Mboweni
'We don't need chicken or beef in the sky' - Winde appeals to Ramaphosa, Mboweni over SAA R10bn...
Next on News24
LIVE | Covid-19: Booze sales are not being banned from 15 December as fake circular makes the rounds