Palesa Madiba's funeral will be held at UJ 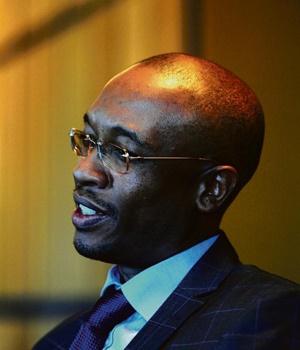 Johannesburg – The funeral of missing student Palesa Madiba whose bones were found three years after she went missing will take place at the University of Johannesburg’s Soweto Campus on Saturday morning.

Johannesburg Mayor Parks Tau said the funeral will start at 09:00 and finish at noon. The family will then have a private burial.

Palesa’s cousin, Thabiso Tsoledi said they still hadn’t received her remains but police had promised they would release it later this week.

Tau along with the ANC Women’s League visited Madiba’s home in Diepkloof to pay their respects to the family.

Tau said he spoke to the MEC of Social Development, Faith Mazibuko, who indicated that they had to follow certain processes before they could release her remains to the family.

“They [social development and police] have to put these things together to ensure that all the necessary documents and information is confirmed to release the body. What is clear now is that everybody has accepted that it is Palesa who was found on December 16,” Tau told journalists.

Tau said the city would provide additional services to assist the family with the funeral.

“An incident like this is an incident that affects the entire community. It is befitting that the city is able to make a contribution and work with the family,” Tau said.

Madiba disappeared in August 2013. She had spent the weekend at a friend's house and was expected back home in Diepkloof on the Monday evening.

Her body was discovered after a tip off.

Her remains were found at the house where she was last seen. Tau made two other visits to the family of a 27-year-old woman who was burnt at her home in Pimville. He then visited a family in Braamfischerville. A child drowned in a stream there.

We live in a world where facts and fiction get blurred
In times of uncertainty you need journalism you can trust. For only R75 per month, you have access to a world of in-depth analyses, investigative journalism, top opinions and a range of features. Journalism strengthens democracy. Invest in the future today.
Subscribe to News24
Related Links
Police won't comment on Palesa Madiba report
DNA tests to be conducted on skeleton found in Soweto
Buried body could be missing UJ student
Next on News24
LIVE | Covid-19 in SA: Cases at 719 714 as deaths rise to 19 111

5 players bag R68k in the Daily Lotto prize
Full list of lottery results
Lockdown For
DAYS
HRS
MINS
Voting Booth
Who do you think is going to win the 2020 US election?
Please select an option Oops! Something went wrong, please try again later.
Biden is going to take it
47% - 9811 votes
It's four more years for Trump
53% - 11021 votes
Previous Results
Podcasts
PODCAST | POLITICS UNMUTED: Money for nothing, but how do we correct the corruption ship?