Parliament blaze: Mazzone, De Lille in row over report warning that precinct was a fire hazard 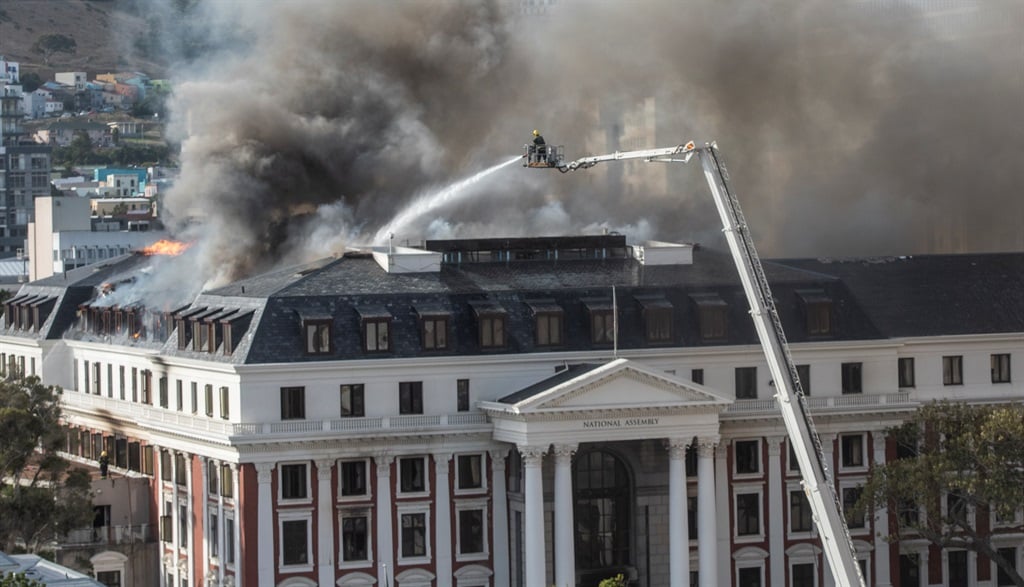 DA chief whip Natasha Mazzone and Public Works and Infrastructure Minister Patricia de Lille are embroiled in a war of words over a report which warned that Parliament was a fire hazard.

In August 2020, the Department of Public Works and Infrastructure appointed an external auditing company, BDO, to conduct an independent assessment on the slow progress of prestige refurbishment projects at Parliament.

BDO's report was presented to the department in November 2020.

It made the following finding: "Ventilation system design and fire protection in the precinct needs to be reviewed by a fire consultant."

Last September, De Lille said that the report was hidden from her.

The report was finally sent to MPs on Thursday.

"The Minister of Public Works and Infrastructure Patricia De Lille's poor attempt at covering up her complicity in the burning down of Parliament, by strenuously trying to stop the release of the independent audit report by BDO and insisting that it was 'irrelevant', makes her continued stay as a Cabinet Minister completely untenable. President Cyril Ramaphosa must dismiss her immediately," Mazzone said in a statement. 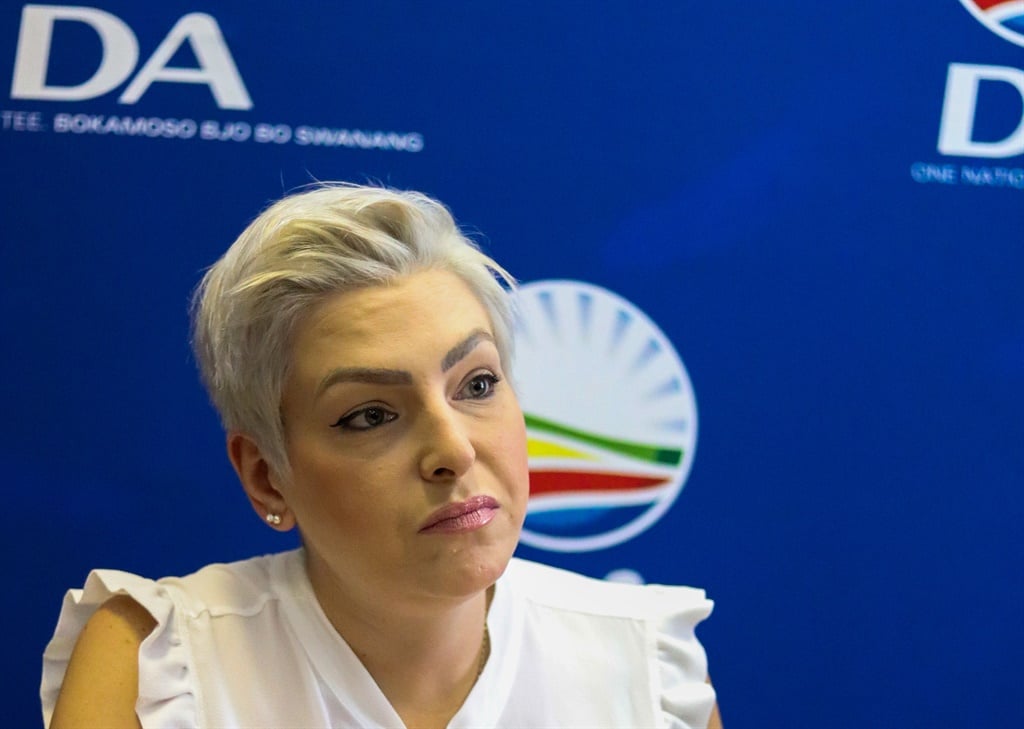 "The scandal here is that, after being presented with these findings, De Lille did not take any corrective steps to address the issues raised. Instead of doing her job to protect a National Key Point, she instead started to look for ways to stop the report from going public.

"These findings point to gross negligence and a failure, at ministerial level, to adequately maintain and protect a National Key Point. Instead of owning up to her costly dereliction of duty, De Lille lied that it was irrelevant. It was only after sustained DA pressure and the costly damage that her poor attempt at cover up, that the report has eventually been released."

Mazzone said the report confirmed that De Lille should never have been made a minister.

WATCH | Parliament fire - what we know so far

De Lille hit back in a statement of her own.

"The DA has clearly not learnt from their previous lies. They paid up to R1 million in legal fees because of their lies about me," De Lille said.

She referred to the Joint Standing Committee on the Financial Management of Parliament's meeting on Friday morning - both Mazzone's and De Lille's statements were released while the virtual meeting was ongoing. Both were initially in attendance.

"If DA MP Natasha Mazonne had listened to the Parliament meeting today and not rushed to issue statements, she would have known that DPWI provided the Joint Standing Committee with all the Annual Maintenance Certificates for the National Assembly and Old Assembly Buildings confirming that 'all fire safety equipment is in good working order'," De Lille said.

She said the maintenance service certificates were issued by an independent service provider in November 2021.

"The 2019 and 2020 SONA reports released by the City of Cape Town last week were already responded to and remedial actions implemented. Once all servicing is completed, the DPWI submits the maintenance certificates to the relevant authority PROV JOINTS ahead of SONA. The PROV JOINTS includes the City of Cape Town, Crime Intelligence, the State Security Agency, Parliament, DPWI, the Presidency and the Department of Defence.

"Mazonne doesn't believe in facts and truths and makes conclusions even before the investigation is concluded by the Hawks into the cause of the fire," said De Lille.

"It seems that she has concocted together something in her brain with one brain cell that she alone believes in." 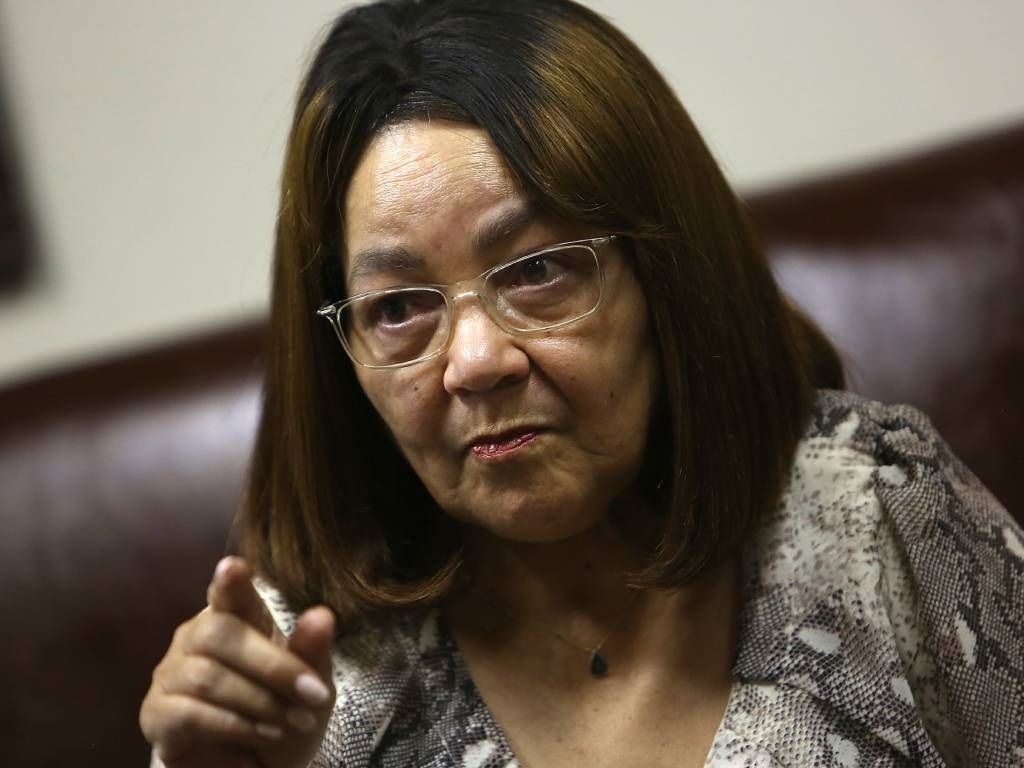 During the Joint Standing Committee on the Financial Management of Parliament's meeting on Friday, several MPs complained that they only received the BDO report late on Thursday.

Mazzone and De Lille were often publicly at odds during the time of De Lille's fraught departure from the DA in 2018. De Lille subsequently formed the party GOOD and President Cyril Ramaphosa appointed her to his Cabinet after the 2019 elections.