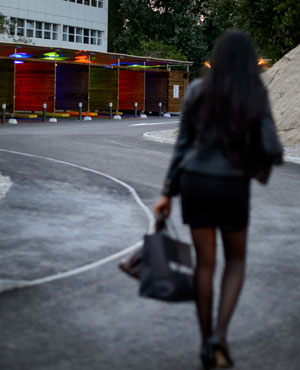 Cape Town - The criminalisation of sex work has not resulted in the reduction of the levels of the work itself, or the violence against the women involved, MPs heard on Wednesday.

Criminalisation denied sex workers their human and constitutional rights and prevented access to legal protection and enjoyment of labour rights.

“It has led to harassment and abuse of sex workers at the hands of police,” she said. The commission was currently investigating such cases.

Maema said fears of an increase in human trafficking and child sex work were unfounded.

“Instead, it has empowered sex workers to protect themselves against violence, improved relationships between sex workers and police, and has had no impact on levels of demand for sex work,” she said, referring to international studies.

It had become clear that the law was hard to enforce, and police were using municipal by-laws related to nuisance and loitering to detain women suspected of being “sellers”.

Maema said if sex work was decriminalised, law enforcement resources could be used to focus on the safety, security, and protection of sex workers.

One MP said if sex work was decriminalised, the law would have to empower women to run their own business, instead of pimps running the show.

The CGE said pimps were a big problem and they were looking at it.

Committee chairperson Masefele Morutoa said the conversation was not new, and they were planning to ensure the debate continued.

“We are still using pieces of legislation we inherited from the apartheid regime,” she said.

The committee would receive presentations from sex workers and other advocacy groups.

We live in a world where facts and fiction get blurred
In times of uncertainty you need journalism you can trust. For only R75 per month, you have access to a world of in-depth analyses, investigative journalism, top opinions and a range of features. Journalism strengthens democracy. Invest in the future today.
Subscribe to News24
Related Links
Sex workers continue call for decriminalisation at Aids conference
WATCH: A 'blesser' or a curse? ANCWL weighs in
Why sex workers don’t trust cops
Next on News24
LIVE | Covid-19 in SA: Infections rise by 1 862, deaths up by 110

Every day ke payday for Daily Lotto players
Full list of lottery results
Lockdown For
DAYS
HRS
MINS
Voting Booth
When a Covid-19 vaccine for under 16's becomes available, will you be taking your children to get it?
Please select an option Oops! Something went wrong, please try again later.
Yes, immediately!
36% - 1972 votes
I'll wait to see how others respond
27% - 1497 votes
No, I don't think they need it
37% - 2022 votes
Previous Results
Podcasts
PODCAST | MISSING MATTHEW EPISODE 3: Decades of false starts add to a family's despair