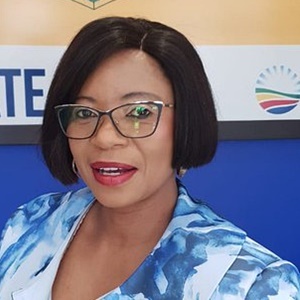 DA leader Mmusi Maimane on Tuesday announced provincial leader Patricia Kopane as the party's Free State premier candidate, calling her one of the DA's "most humble leaders and a loyal servant of the people".

"During her time as Free State provincial leader, Patricia has demonstrated her leadership skills and her impeccable values, and I have absolutely no doubt that these same skills and values will stand her in good stead as premier of the province," he said.

"Patricia has been a hard-working member of the DA for the past 14 years, citing the party's commitment to non-racialism, democratic rule and inclusivity as her reasons for joining. She believes the DA is the only party committed to creating jobs, ending corruption and delivering quality services – commitments that resonate deeply with her own mission in life."

She has been the DA's Free State leader for the past five years.

"Together with a close-knit team of true democrats, she has helped grow the party in the province in terms of voters, activists, public representatives and professional staff. Under her leadership, the DA has grown in stature as the official opposition in the legislature, and worked tirelessly at exposing the corruption and irregularities of the ANC government here," he said.

"Thanks to these efforts, the truth around the Vrede dairy farm scandal, the Free State provincial website scandal, the Winnie Madikizela-Mandela Brandfort house scandal, the appalling state of Free State hospitals, the state of the province's roads and the full extent of the municipal decay here are public knowledge."

We live in a world where facts and fiction get blurred
In times of uncertainty you need journalism you can trust. For only R75 per month, you have access to a world of in-depth analyses, investigative journalism, top opinions and a range of features. Journalism strengthens democracy. Invest in the future today.
Subscribe to News24
Related Links
DA to visit KZN hospitals in midst of cancer treatment crisis
DA man: We’ll bring the ANC under 50%
Next on News24
WRAP | 705 254 coronavirus cases and 18 492 deaths recorded