Three people walk through light flooding in Limpopo due to storm Eloise.
Facebook/SAWS

There have been reports of light flooding and debris causing roads to be closed in low-lying areas of Limpopo after heavy rains and strong winds due to tropical storm Eloise.

The local Tzaneen Voice reported on flooding in the Tshakuma area of Limpopo, as well as on the Mufongodi River overflowing. 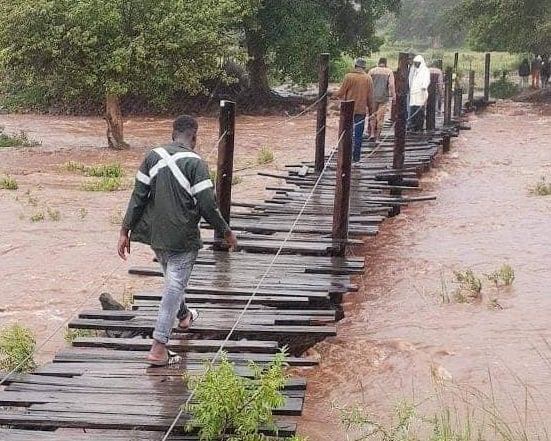 A bus partially submerged in water after flooding.
Facebook Facebook/SAWS 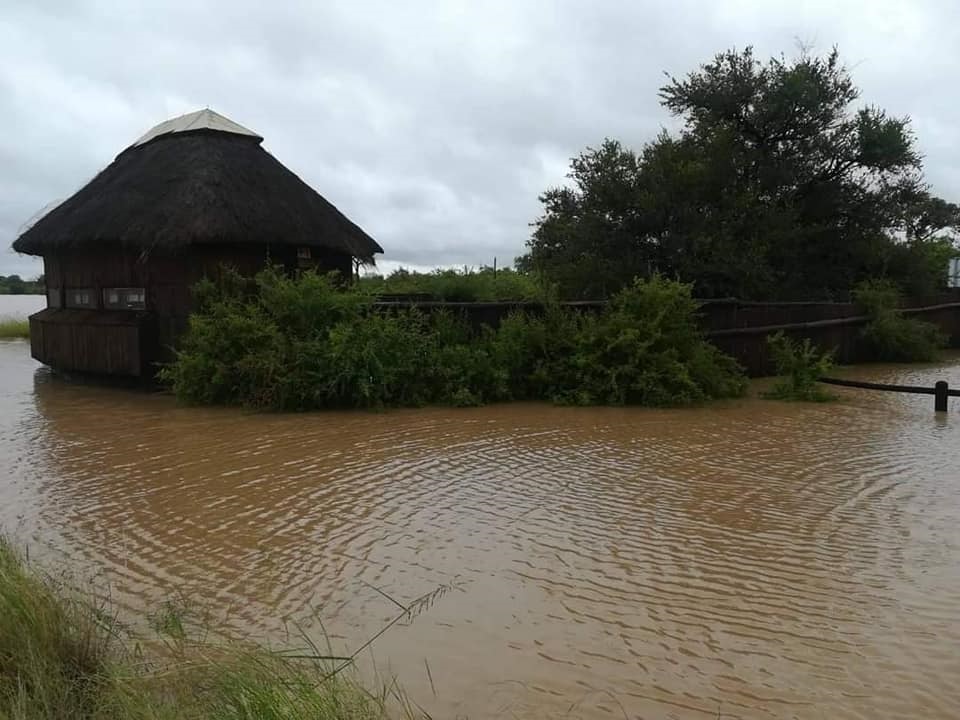 Flooding in Limpopo due to storm Eloise.
Facebook Facebook/SAWS

Earlier on Sunday, the R36 in Limpopo was reportedly flooded at Khujwana Bridge outside Tzaneen after heavy and persistent rains.

It was also reported that strong winds had blown down trees, blocking the Sabie and Lydenburg roads, as well as the R71 in Magoebaskloof.

The Witness reported that heavy rains had hit Jozini, in northern KwaZulu-Natal, on Sunday afternoon, but the South African Weather Service (SAWS) said it did not expect more severe weather conditions as tropical cyclone Eloise had been downgraded to a tropical depression.

"The cyclone has been downgraded to a tropical depression because as soon as it reaches the land it loses its energy and the wind speeds are also decreasing," SAWS forecaster Julius Mahlangu told The Witness.

"It is forecasted that some areas in the northern KZN, including Jozini, will experience disruptive heavy rains leading to flooding due to the tropical depression. Reports from disaster management teams indicate that Jozini is already having floods in those areas," he said.

Mahlangu said the eThekwini and uMgungundlovu district municipalities would not be affected by the system, but might experience some light rain.

"The three municipalities that can expect destruction from heavy rains are King Cetshwayo, Mkhanyakude and Zululand areas."

He said the heavy rains, which started on Sunday afternoon, were expected to start subsiding by Monday afternoon.

"By Monday evening we should see some easing in terms of the amount or rainfall," said Mahlangu.

- Compiled by Kerushun Pillay, additional reporting by The Witness

3 scoop the Daily Lotto jackpot
Full list of lottery results
Lockdown For
DAYS
HRS
MINS
Voting Booth
When a Covid-19 vaccine for under 16's becomes available, will you be taking your children to get it?
Please select an option Oops! Something went wrong, please try again later.
Yes, immediately!
38% - 3957 votes
I'll wait to see how others respond
26% - 2705 votes
No, I don't think they need it
36% - 3818 votes
Previous Results
Podcasts
PODCAST | MISSING MATTHEW EPISODE 3: Decades of false starts add to a family's despair