Hailstones covered parts of Johannesburg in a white blanket as a thunderstorm swept across the city on Monday afternoon.

Branches and leaves struck down by the hailstones were seen lying on many streets.

The thundershower brought with it heavy rain, damaging winds and large amounts of hail.

There were reports of low-lying bridges across the city being washed over by water rushing from overflowing rivers and streams.

People shared images and videos of the results of the storm.

Serious hailstorm in #Joburg Hope everyone is ok and nobody got injured #hail #Joburg pic.twitter.com/gsAthwoccY

Huge hail storm in Rosebank, Joburg, a few minutes ago. Check out the dude in the motorcycle helmet ambling along like it's a Sunday morning. pic.twitter.com/TSJvAaI4XM 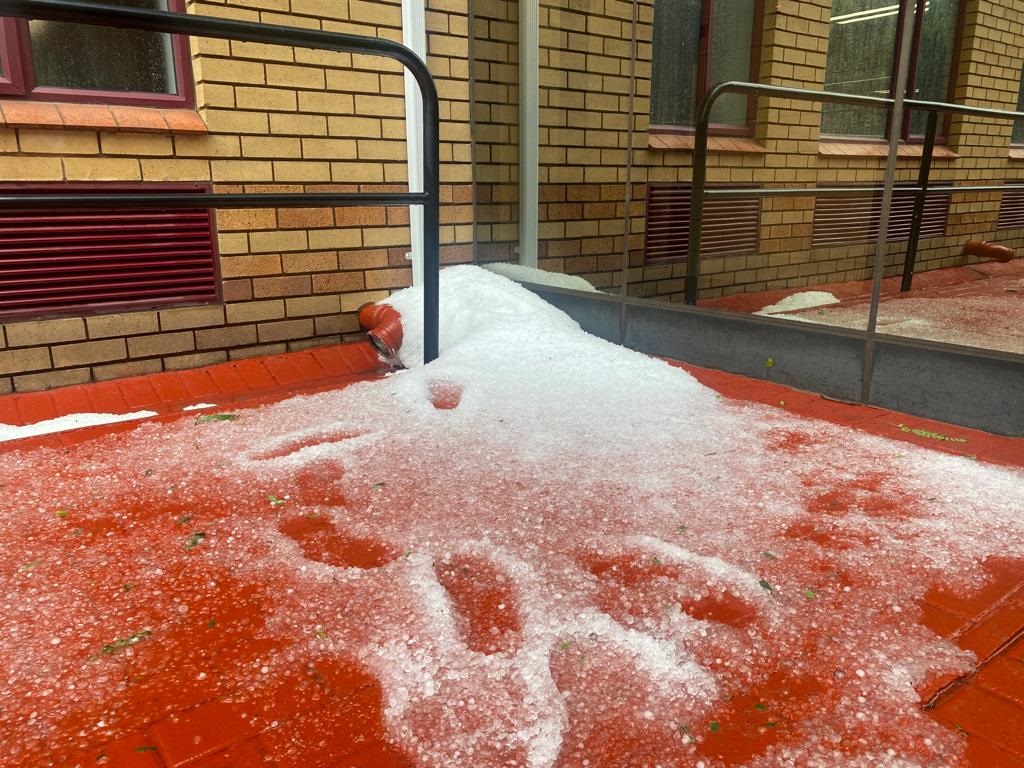 Hail stones pelted parts of Johannesburg on 5 December, 2022. Hailstones lie piled up outside a building in Randburg. Photo: Sheldon Morais/News24

Thobela said the service was warning of severe thunderstorms with a chance of hail over Gauteng, Limpopo, Mpumalanga, Free State, and the North West on Tuesday.

He said Gauteng and the northeastern parts of the country could experience thundershowers for much of the week ahead.

Johannesburg Emergency Services spokesperson Robert Mulaudzi said they had not received any reports of injuries by 4:30pm

He said several of the services' vehicles were damaged by falling trees in Sandton.

Mulaudzi said parts of the M1 highway were flooded.