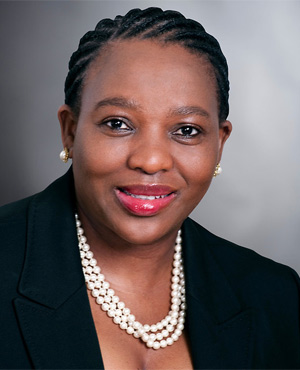 Durban – The continuous political killings in KwaZulu-Natal could plunge municipalities into a state of ungovernability, the provincial Department of Co-operative Governance and Traditional Affairs (Cogta) said on Tuesday.

It was reacting to the death of former ANC Youth League secretary-general Sandiso Magaqa, who died at a Durban hospital on Monday, following "an assassination attempt" on July 13.

"The department has described these violent incidents as a dangerous trigger that could plunge the province's municipalities into chaos and a state of ungovernability. We are confident that justice will be served to all those behind this heinous deed," said Cogta MEC Nomusa Dube-Ncube.

Magaqa, Umzimkhulu's Ward 11 councillor Nonsikelelo Mafa and Ward 16 councillor Jabu Mzizi were returning from an ANC regional meeting when they were shot by unknown assailants.

The ANCYL in KZN called upon government to speed up its investigation "on these political assassinations which seem to be targeting young leaders of the ANC".

"Comrade Magaqa passes away during a time when the ANC needed loyal public servants as he was deployed as a councillor in the Umzimkhulu local municipality. His passing away is a huge blow to the ANCYL as he was amongst the new promising young people that the ANC had begun a process of deploying to strategic positions in government," said provincial secretary Thanduxolo Sabelo.

The Democratic Alliance in KZN said there is strong evidence that the attack was a political hit, "as Magaqa was questioning maladministration in his area".

"The political killings in KZN continue to rob our province of young people with a bright future. We have placed our hope on the Moerane Commission to give framework on possible interventions that may be used to end this bloodshed," said DA provincial leader Zwakele Mncwango.

Mncwango said they were concerned about the ANC's "delaying tactics" in appearing before the Moerane Commission which was established by Premier Willies Mchunu in October last year to investigate political killings in the province.

"We believe that as long as the ANC doesn’t commit to a date and time of appearing before the commission, these political killings will continue," Mncwango said.

Political analysts and witnesses who have testified at the commission said most killings were related to competition over political positions.

"Taking lives for positions and eliminating those that question irregularities must come to an end," said Mncwango.

Hawks spokesperson Brigadier Hangwani Mulaudzi said a case of murder will be opened, "based on the latest developments".

The Hawks had in July issued identikits of two suspects.

"We are still after those suspects. Investigations continue," Mulaudzi said.

On allegations of Magaqa being poisoned while in hospital, Mulaudzi said, "It's rumours let's leave the official process to take place before we make assumptions".

We live in a world where facts and fiction get blurred
In times of uncertainty you need journalism you can trust. For only R75 per month, you have access to a world of in-depth analyses, investigative journalism, top opinions and a range of features. Journalism strengthens democracy. Invest in the future today.
Subscribe to News24
Related Links
EFF calls for end to political killings in wake of Magaqa's death
Former ANCYL SG dies after being shot in 'ambush'
Councillor gunned down in latest KZN political killing
Next on News24
LIVE | Covid-19 in SA: 619 new cases as death toll rises by 25