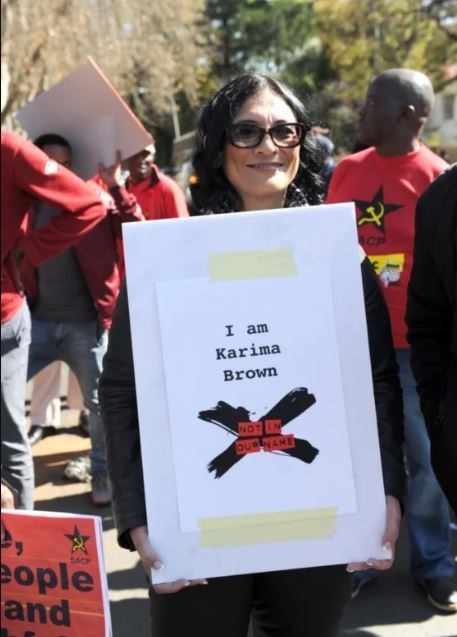 Primedia says it will be investigating a claim by former Radio 702 host Karima Brown that she was "censored" at the station, an internal communique shows, days after it was announced that her contract will not be renewed.

In a press statement issued on Monday, the station announced that it had revamped its weekend and evening programming.

As part of the changes, Aubrey Masango would now present a "freshly formatted evening show" in Brown's former time slot, the station said.

On Thursday, a communique written by chief business officer Geraint Crwys-Williams, which News24 has seen, told staff members that Brown had since accused station management of editorial interference.

"As you know, Primedia does not condone interference of any kind in our pursuit of accountable media and press freedom.

"We are committed to ethically driven, independent journalism and, as such, we take any assertions of this nature extremely seriously.

"Therefore, we wanted to let you know that we will be initiating an independent investigation into the matter and, once due process has been followed, we will share more information," Crwys-Williams said.

The claims of censorship were revealed in a report by The Citizen on Thursday.

The report claims that, prior to her departure from the station, Brown lodged a formal complaint of censorship. This, after she claimed that station manager Thabisile Mbete had questioned one of her segments after receiving complaints, including a call to 702 from ANC national chairperson and Minerals and Energy Minister Gwede Mantashe during a show last year.

The complaints stem from an interview with Media Monitoring Africa's head of policy Thandi Smith on November 12, 2018, where Brown mentioned that MultiChoice CEO Calvo Mawela was related to Mantashe by marriage, and that these "political dynamics" may pose questions about influence.

"Now, of course, you can’t blame people for who they marry and in which families they marry, but these links are insidious. They are not to be ignored because we know how power works; it doesn't always manifest in formal minutes, in memos, in paper trails. It often gets discussed in the kinds of spaces where people have the freedom to exercise enormous amounts of influence and change the direction," Brown said during the broadcast.

Mantashe apparently called the station to complain, denying any sort of influence over any company due to family relations, but did not lodge a formal complaint.

This led to a falling out between Brown and station manager Mbete.

We live in a world where facts and fiction get blurred
In times of uncertainty you need journalism you can trust. For only R75 per month, you have access to a world of in-depth analyses, investigative journalism, top opinions and a range of features. Journalism strengthens democracy. Invest in the future today.
Subscribe to News24
Related Links
EFF failed to address its failure to instruct followers to stop harrassing Karima Brown, court...
Journalist Karima Brown wins case against EFF
EFF vs Karima Brown: Court hears journalist is unprofessional, not objective
Next on News24
LIVE | Covid-19 in SA: 453 new cases as death toll hits 88 674

Lucky Sunday for 3 Daily Lotto players
Full list of lottery results
Lockdown For
DAYS
HRS
MINS
Voting Booth
Facebook is facing a fresh crisis after a former employee turned whistle-blower leaked internal company research. Do you still use Facebook?
Please select an option Oops! Something went wrong, please try again later.
Yes, the benefits outweigh the risk for me
32% - 2714 votes
No, I have deleted it
37% - 3200 votes
Yes, but I am considering deleting it
31% - 2630 votes
Previous Results
Podcasts
PODCAST | Ballot Box: Why Facebook is not doing enough against election misinformation