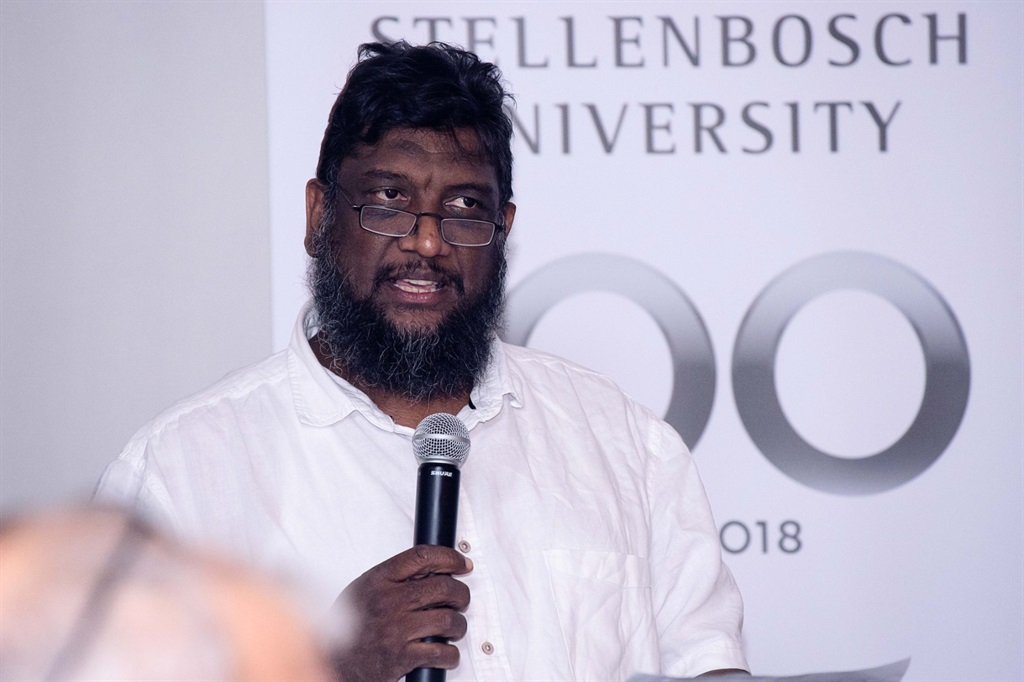 Professor Mohammad Karaan, a former dean of AgriSciences at Stellenbosch University (SU), was a highly regarded and loved colleague, the institution said in a statement on Wednesday.

"He was a highly regarded and loved colleague, who made a lasting contribution to Stellenbosch University, on a national level and internationally. His passing is truly a great loss, and our thoughts are with his family during this very difficult time," De Villiers added.

News24 earlier reported that Karaan had died, aged 52, according to AgriSA.

"AgriSA has learned with sadness and shock of Professor Mohammad Karaan's sudden passing due to Covid-19.

"We would like to express our deepest sympathy to his family, friends, colleagues and institutions where he worked. May you find comfort in his legacy and humanity. He was indeed a well-loved and highly respected person," it said on Wednesday.

The federation of agricultural organisations further added that Karaan lived his passion for agriculture with conviction and that his contribution in many areas was invaluable.

He also served as a commissioner on the National Planning Commission.

The current dean of the SU Faculty of AgriSciences, Professor Danie Brink, says Karaan will be remembered as as a remarkable leader, conciliator, true influencer in agricultural circles and a friend.

"His death is a huge loss to the South African agricultural sector at large, and in particular also to our faculty. He was a special man, who had the ability to bring people from different spheres together. His heart was in agriculture, and he believed in strengthening it," Brink said.

The current dean further added that the faculty will remember Karaan for his empathy towards others, the way in which he recognised and supported colleagues and others, and for his insight and ability to unravel complex issues.

"He has had a lasting impact on the vision of the faculty, the university, on agriculture and South Africa," Brink concluded.

Karaan received all of his qualifications from the SU and began his career as an economist at the Development Bank of Southern Africa.

He later returned to Stellenbosch as head of research of the then Rural Foundation.

-1996: Began his career as lecturer in agricultural economics at Stellenbosch University.

-2008: Appointed as Dean of the Faculty of AgriSciences, and in 2013 his term was extended.

-2014/5: He served as acting vice rector (as vice rector: community interaction and staff, as it was then known).

-Since 2010, he served two terms as member for agricultural affairs on the National Planning Commission. During his first term from 2010 to 2015, he was instrumental in writing a chapter in the NDP – Vision 2030 on how to shape an integrated and inclusive rural economy for the country.

-He was also a member of the presidential inter-ministerial commission on land reform, and his term as management committee member of the Bureau for Economic Research was extended.

-He previously served on a ministerial consultative advice board on fisheries.

-Between 2005 and 2007, he chaired the National Agricultural Marketing Council.

-Between 2008 and 2009, he was president of the South African Society of Agricultural Economists.

-Prof Karaan served as director of numerous companies; in the past, he was a director of Land Bank, member of the Agricultural Research Council and chair of a ministerial committee that reviewed the agricultural marketing act.

He leaves behind his wife, Basheerah, and children, Zayne, Kamilah, Tauriq, Burhan and Adam.