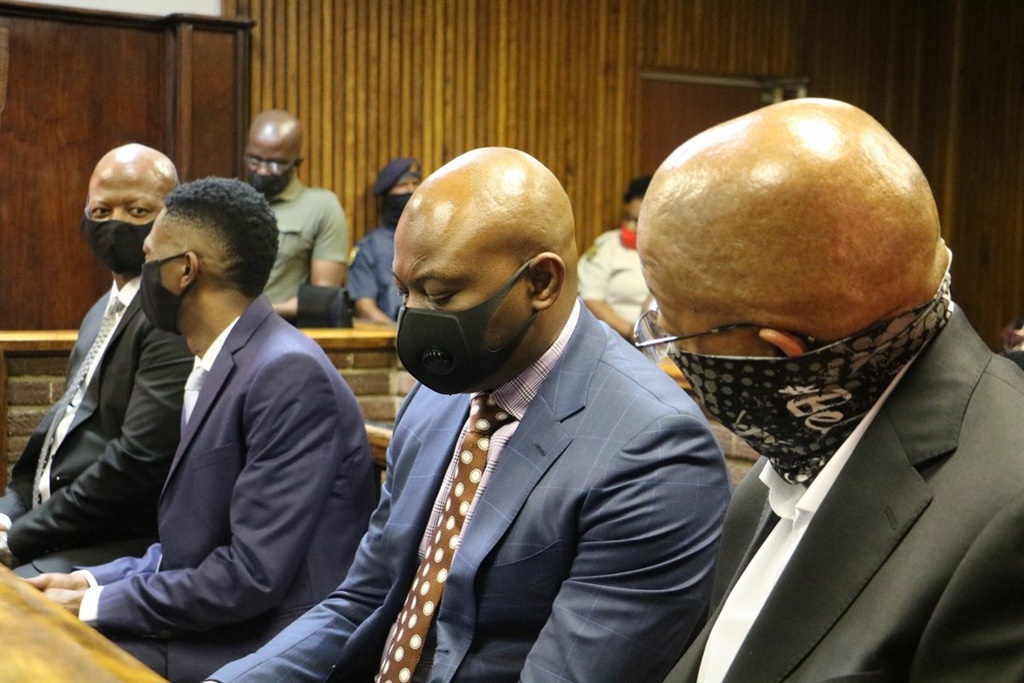 The suspects are facing over 60 charges related to fraud, money laundering and corruption related to a R255million asbestos project in the Free State.
Kayleen Morgan, News24

The R255 million asbestos audit corruption case allegedly involving high-profile politicians and government officials has been postponed to 2021 for the possible addition of more accused persons to the charge sheet.

The seven accused who have already been arrested and charged made a brief appearance in the Bloemfontein Magistrate's Court on Wednesday. They included former Mangaung mayor Olly Mlamleli, businessman Edwin Sodi and former human settlements head of department Nthimotse Mokhesi.

The seven accused, including prominent business man #edwinsodi, are back in Bloemfontein Magistrates Court this morning. They're facing over 60 charges related to fraud, money laundering and corruption related to a R255million asbestos project in the Free State. @TeamNews24 pic.twitter.com/w308WJnlOh

The State placed on record that further investigations must be conducted and that additional accused may be added to the matter.

For this purpose, the matter was postponed to 19 February 2021.

The accused have been charged with fraud, corruption, theft and money laundering, among other charges, which relate to a R255 million contract for the assessment and removal of asbestos roofs and/or housing.

It is alleged that in 2014 two companies were appointed – one of which was Gauteng-based Blackhead Consulting – as service providers to the Department of Human Settlements in the Free State.

The rest of the money was allegedly pocketed by the accused and despite millions being used on the project, the asbestos had still not been removed, according to testimony at the state capture commission of inquiry.

It also emerged at the commission that the deal was allegedly used to direct money to several senior ANC politicians, including former Free State premier Ace Magashule.

While the ANC gave little away after hearing the Hawks had secured a warrant of arrest against Ace Magashule, the same could not be said for opposition parties.https://t.co/9F8oQ6P3tS

A warrant of arrest has been issued for Magashule, who is now the ANC secretary-general. He is expected to appear in court on Friday.

Magashule has since spoken out, claiming he has done nothing wrong.

We live in a world where facts and fiction get blurred
In times of uncertainty you need journalism you can trust. For only R75 per month, you have access to a world of in-depth analyses, investigative journalism, top opinions and a range of features. Journalism strengthens democracy. Invest in the future today.
Subscribe to News24
Related Links
EXTRACT | Gangster State – The ANC's asbestos benefits
Why Ace Magashule's arrest is a 'watershed moment' for the ANC
'Step down SG': ANC Free State members call for Magashule's head
Next on News24
LIVE | Covid-19 in SA: Death toll at 20 968, with 769 759 confirmed cases

2 bag the Daily Lotto jackpot
Full list of lottery results
Lockdown For
DAYS
HRS
MINS
Voting Booth
When planning for the Black Friday sales do you:
Please select an option Oops! Something went wrong, please try again later.
Save, research and plan ahead, preparing to make the most of it?
8% - 904 votes
Wait and see what looks like a good deal on the day?
14% - 1700 votes
Have no interest in spending more money this year?
78% - 9347 votes
Previous Results
Podcasts
PODCAST | POLITICS UNMUTED: When prophets and politics collide