Ramaphosa vs Mkhwebane: PP insists Bosasa report is above board as president flags 'unlawful' activity 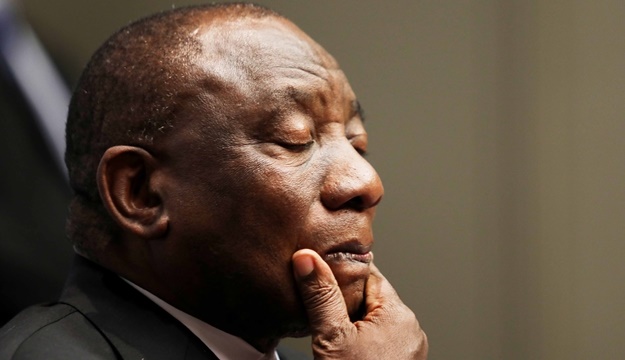 President Cyril Ramaphosa has raised questions about where Public Protector Busisiwe Mkhwebane received some of the bank statements contained in her Bosasa report, going as far as suggesting that she obtained them unlawfully.

Mkhwebane's office however maintains that her report is above board.

On Friday, it emerged that Ramaphosa had approached the Gauteng High Court in a bid to have certain bank statement in her report sealed and not made available to the public.

In the lawyer’s letter, which News24 has seen, the president’s lawyers argue that there are questions about where some bank statements came from and how they would have landed in the possession of the Public Protector.

Four bank accounts have been noted by Ramaphosa's lawyers, including his own foundation's account and, the EFG2 account, which housed Ramaphosa's ANC presidential campaign funds.

The other accounts are Linked Environmental Services and Ria Tenda Trust.

Ramaphosa’s spokesperson Khusela Diko told News24 that some of the documents belong to private entities and on that basis should remain confidential, as emphasised in the lawyer's letter.

"It is our view that the documents are unrelated to the complaint the Public Protector was investigating and were or may have been obtained unlawfully.

"Since she improperly broadened her investigation into what are private entities not subject to her purview it is only appropriate that their privacy be protected as the law allows," said Diko.

"The Protection of Private Info Act is to protect against publication of unlawfully obtained information and the PP is not exempt from that act.

"If it was illegal as we contend for the Public Protector to even look at them, how can their private info not be protected?" Diko added.

Mkhwebane's spokesperson Oupa Segalwe however said the investigation was above board.

"The PP conducted the investigation by the book. There was no [un]lawful activity," Segalwe told News24.

Once filed in court, the documents become public information which would be available to everyone, Segalwe said.

We live in a world where facts and fiction get blurred
In times of uncertainty you need journalism you can trust. For only R75 per month, you have access to a world of in-depth analyses, investigative journalism, top opinions and a range of features. Journalism strengthens democracy. Invest in the future today.
Subscribe to News24
Related Links
Ramaphosa asks court to seal certain documents in Public Protector's Bosasa report
Ramaphosa email leak 'an attempt to undermine public confidence in the president' - ANC
Leaked Ramaphosa emails are just 'smoke and mirrors' - Presidency
Next on News24
LIVE | Covid-19 in SA: 57 new deaths as cases hit 2 918 883

Lucky Sunday for 3 Daily Lotto players
Full list of lottery results
Lockdown For
DAYS
HRS
MINS
Voting Booth
Children between 12 and 17 can now be vaccinated against Covid-19. As a parent I am:
Please select an option Oops! Something went wrong, please try again later.
Relieved, it's been a long wait to this point
51% - 2695 votes
A bit hesitant, and will wait to see how it goes
21% - 1126 votes
Completely against my child getting the shot
28% - 1503 votes
Previous Results
Podcasts
PODCAST | My Only Story: Fiddling, sex jokes and flirting – another water polo coach exposed