Should the ANC push Ace and others out? Dali Mpofu argues no, cites CR17 campaign 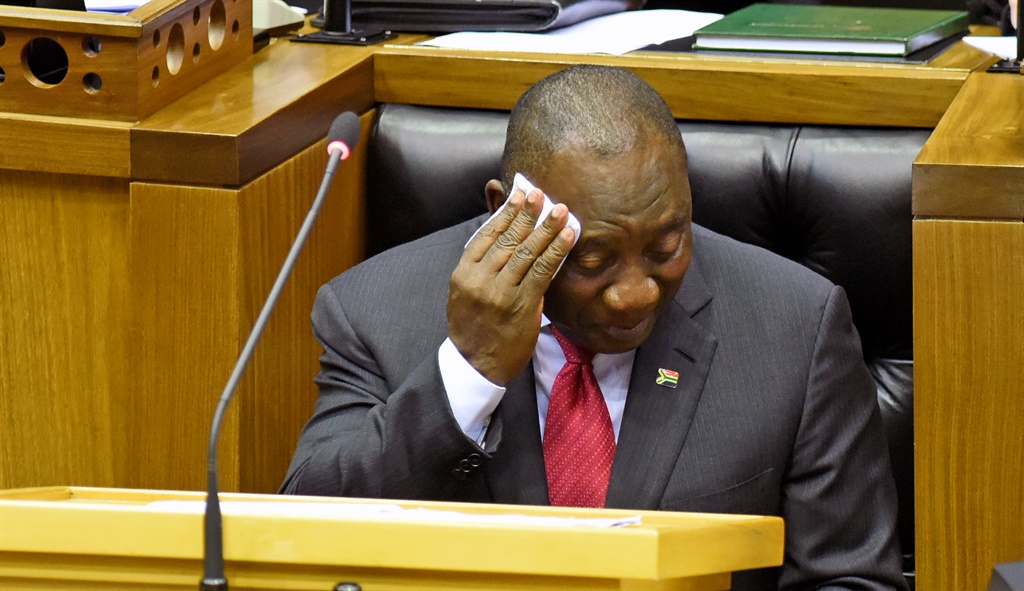 A fifth legal opinion on the issue of ANC members stepping aside has focused on findings made by Public Protector Busisiwe Mkhwebane against President Cyril Ramaphosa.

The legal opinion written by advocate Dali Mpofu SC will form part of a dossier to be considered at the ANC's national executive committee (NEC) meeting on the contentious matter of whether ANC members should step aside when implicated in wrongdoing.

"Accordingly, the proposed regime is invalid and unenforceable," he said.

Mpofu's opinion - which News24 has seen - comes after four other documents emerged which have conflicted in their opinion on the matter.

READ | Ace steps aside, or gets pushed: New legal opinion demands ANC must act against him

In his opinion dated 4 November, Mpofu argues that the stepping-aside regime clearly constitutes some limitation or infringement of members' rights enshrined in the Bill of Rights, adding that such limitation would not be justified in terms of Section 36 of the Constitution.

"Specifically, the ANC or any entity is not entitled to strip any citizen of their constitutional right to be presumed innocent until found guilty by a competent court. No rule or policy which purports to do so can pass a constitutional challenge."

Four other opinions have differed in their interpretation of the lawfulness of the resolution.

Former ANC treasurer-general Mathews Phosa, in an opinion dated 27 October, said the voluntary relinquishment of a position from an organisation like the ANC was "primarily a political and moral question" and did not fall within the scope of his legal advice.

An unsigned and undated opinion specifically aimed at secretary-general Ace Magashule, who is out on R200 000 bail after being charged with 21 counts of fraud and corruption, says he could be instructed by the party's NWC to step aside, as he has refused to do so voluntarily, News24 reported.

"If he defies the instruction of the NWC, then the NWC may consider disciplinary action against the SG in terms of Rule 25.3," the opinion stated.

Advocate Gcina Malindi, however, said if a decision was taken within the confines of the ANC constitution and the party's resolutions, it would pass legal and constitutional muster.

Mpofu's argument has also looked at Ramaphosa's own brush with a constitutional body, saying that placing reliance solely on the National Prosecuting Authority (NPA) or the National Director of Public Prosecution (NDPP) seemed to be arbitrary and irrational.

He adds that given its history, it would be dangerous to outsource decisions of the party to the NPA, as a faction with the capacity to capture the NPA would be at an unfair advantage, and would be able to immunise its members from the resolution.

"Ironically, in the context of corruption, the findings of the Public Protector have more teeth than the decision of the NPA to charge a person. While the Public Protector's findings and consequential remedial action are binding, unless set aside by a court of law, the decision of the NPA to charge is neutralised by the presumption of innocence, which does not apply to other constitutional entities. This is an important consideration which requires serious consideration and may have serious implications if tested in court.

"More significantly and given that the target of the regime is corruption, it is not clear why, when a prima facie case or adverse finding has been made or pronounced by other independent constitutional structures or bodies which deal with corruption and fraud in the public sector, such as the Public Protector and/or the Auditor-General, the regime may not be imposed. Once again, the placing of too much reliance solely on the NPA or the NDPP seems to be arbitrary and seemingly irrational," he argues.

The Constitutional Court is currently considering an appeal by the Mkhwebane after the Gauteng High Court in Pretoria set aside her remedial action which recommended that Ramaphosa be investigated for money laundering through his CR17 campaign for the ANC presidency.

Mpofu argues that, if reliance could also be placed on the adverse findings of the Public Protector, a case could be made for the NEC to suspend the president if he decided not to resign or "voluntarily step aside". He adds however, that Ramaphosa could challenge his suspension on the basis of its constitutionality and lawfulness.