Reopening of schools: I understand the concerns, I am also a mother, says Motshekga 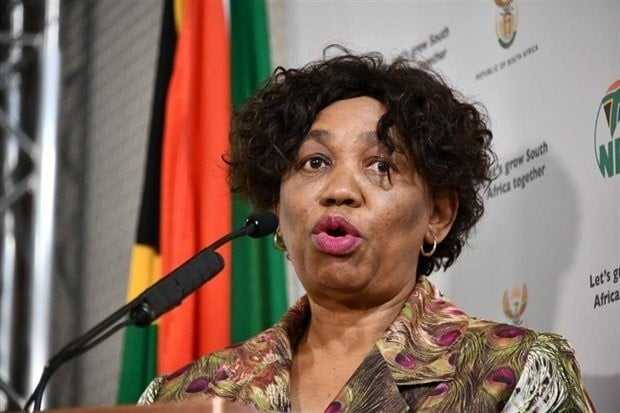 Minister of Basic Education Angie Motshekga says she understands the anxieties, concerns and fears around Covid-19 ahead of the phased reopening of schools on 1 June.

"It's understandable, I am a mother as well. I know that, as parents, children are everything to us – I understand the anxieties, the concerns and the fears around Covid-19 because are dealing with something that we just do not know," she said on a television show - The Big Debate - on Monday.

READ: What you need to know: 9 things from Motshekga's schools reopening briefing

This comes as pupils are expected to return to school on 1 June under Level 3 of the lockdown.

News24 earlier reported that schools would be reopened first for Grades 7 and 12, followed by other grades at later stages. The plan was approved by the National Coronavirus Command Council and the Cabinet.

The decision, however, has been met with concern by various interested parties, such as organisations, unions and parents, who are worried about the safety of learners during the global pandemic.

For example, the National Association of Parents in School Governance, also acting on behalf of the Congress of South African Students (Cosas), has intervened in the DA's court application to oppose the lockdown regulations.

The association is hoping for the application to be dismissed, as well as calling for no further easing of the lockdown and no reopening of schools without protective measures, News24 reported.

While the minister heard the concerns, she said she was of the view that schools will provide some people [specifically those in disadvantaged areas] with more structure.

"The point is you cannot close children's lives forever, especially the younger ones who are growing [in their] cognitive development.

#Level3: You can collect food from restaurants - and they want to sell alcohol too | @BISouthAfrica https://t.co/9RiVTrYm2X pic.twitter.com/Tb8wKwfVhh

"I go to the townships and I see that which we say we are afraid of [in normal environments] and not sending kids to school is not there. There is no social distancing - maybe it's not possible because children are children and they have to play, and I know that if we take them to a school, we will protect them better," she said.

She added that this would give them a structured environment, instead of playing in the streets all day.

When probed by a concerned pupil on the logic of closing schools when the lockdown was implemented in March with only a few cases of Covid-19, but now opening schools when the country is dealing with over 20 000 cases, the minister said: "When we declared the lockdown, we never said, as the government, that the lockdown will decrease or stop infections - it was to assist the government to flatten the curve, so that the health system could cope with infections."

Motshekga added that there was nothing to stop the government from returning to higher levels of the lockdown if the situation worsened.

"If things are not working, we will have to go back to Level 4; the same with education – if we open and we experience difficulties, there is nothing stopping us from closing schools.

"We are dealing with something we do not know. When we have to reverse, we will, but we cannot be standing on the banks forever," she added.

We live in a world where facts and fiction get blurred
In times of uncertainty you need journalism you can trust. For only R75 per month, you have access to a world of in-depth analyses, investigative journalism, top opinions and a range of features. Journalism strengthens democracy. Invest in the future today.
Subscribe to News24
Related Links
Lockdown Level 3: Squabble over 'tender' disrupts delivery of PPEs to some Gauteng schools
Principals ready schools for re-opening
Lockdown Level 3: No parent will be forced to send their child to school, reassures Ramaphosa
Next on News24
LIVE | WHO reports third straight daily record in virus cases

3 players win R109k in the Daily Lotto prize
Full list of lottery results
Lockdown For
DAYS
HRS
MINS
Voting Booth
Who do you think is going to win the 2020 US election?
Please select an option Oops! Something went wrong, please try again later.
Biden is going to take it
47% - 7698 votes
It's four more years for Trump
53% - 8845 votes
Previous Results
Podcasts
PODCAST | POLITICS UNMUTED: Money for nothing, but how do we correct the corruption ship?