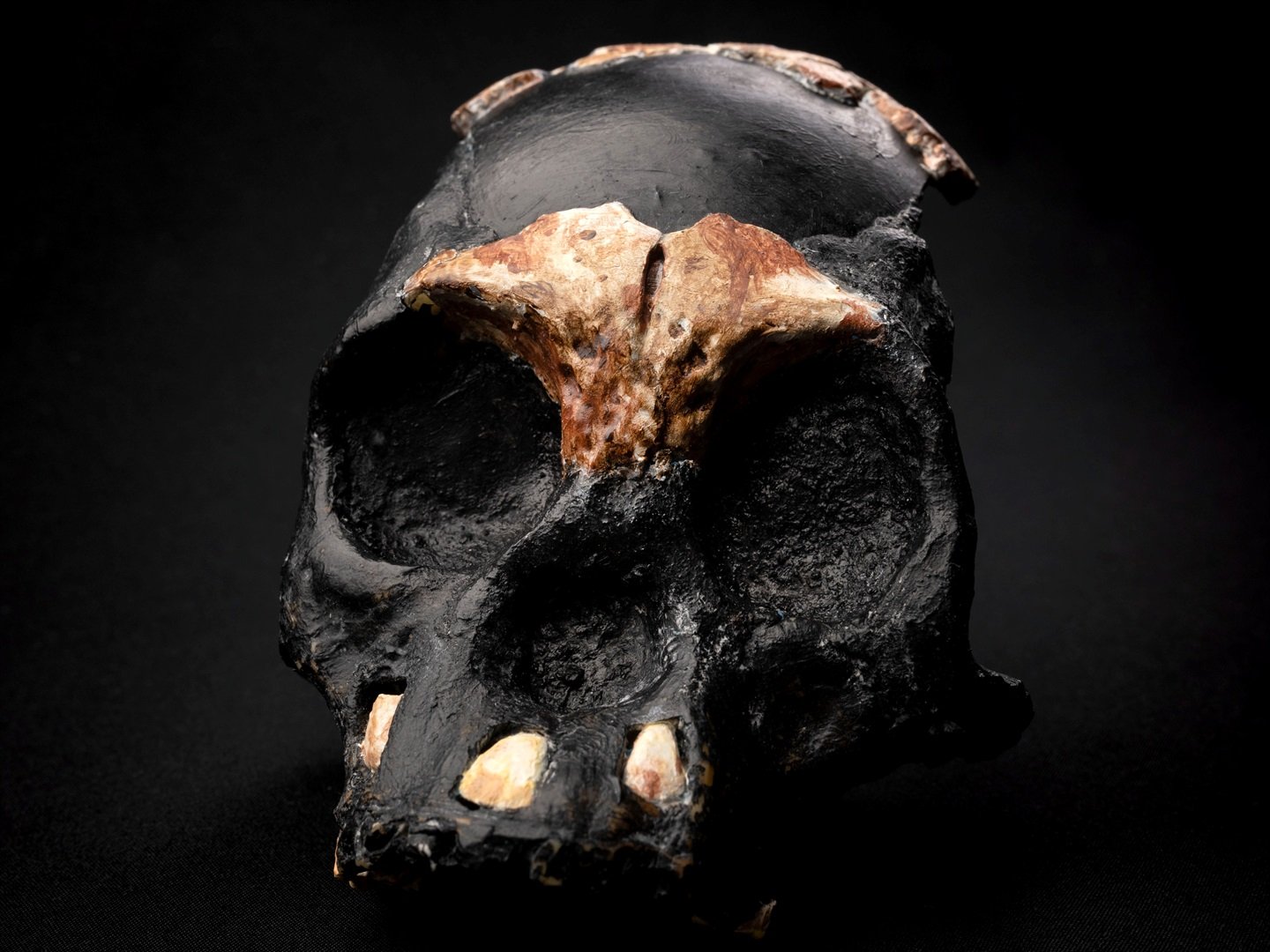 A reconstruction of the skull of Leti, a Homo naledi child, whose remains were found in Johannesburg, South Africa.
Wits University

World-renowned paleoanthropologist Professor Lee Berger believes he and his team have made yet another significant discovery.

During a lecture at the Carnegie Institution for Science in the US on 1 December, Berger said they had found evidence that Homo naledi used fire.

Homo naledi is the extinct species of archaic human discovered in 2013 in the Rising Star Cave, Cradle of Humankind, on the West Rand, dating to the Middle Pleistocene 335 000 and 236 000 years ago.

In August, Berger and his team explored the "narrow" Dinaledi chamber.

He said that, as he looked up, he realised that the roof of the cave was blackened by fire.

Berger said in a "serendipitous miracle of palaeontology", when he emerged from the cave, he found Dr Keneiloe Molopyane, who, along with her team, had also discovered a tiny hearth and burnt antelope bones in the Drakensburg chamber.

"As I stared at this remarkable coincidence of simultaneous discovery, it made me think about the other spaces. We clearly had been missing things."

He said that, after the first expedition, the team went into the Lesedi chamber, which was "extraordinarily remote".

"It takes us 250 metres of crawling passages and difficult areas. But it is a pristine chamber. It is a chamber that humans only discovered 35 years ago.  It's almost untouched by humans."

"There are no signs of Homo sapiens … beyond the twilight zone of that system. We are in the deepest part, places humans don't go. The entire floor, as we searched, is covered with burnt animal bones, ash… suddenly, our eyes were opened. Fire is not hard to find. It is everywhere in the system."

He said in the early years of the expedition, they found two pieces of ash in the Lesedi chamber. Berger at the reveal of Homo Naledi at The Cradle of Humankind in 2015 (Gallo Images, Denzil Maregele)

"Archaeologists convinced us that we did not have enough evidence [to prove Homo naledi used fire].

"I assure you that this stuff you are looking at - this heart from the Drakensberg - is actually on the pathway we have been walking and crawling through since the beginning of the expedition. Every adjacent cave system to the chambers, where we believe they were disposing of the dead, they built fires and cooked animals. That's extraordinary.

"We are fairly confident to formulate the hypothesis that Homo naledi did exist in a time and place that was primitive, but that it exists in the same place we believe Homo sapiens were sharing parts of Africa. Within this system, it is using and developing widespread fire for a variety of reasons.

"I suspect that, as we begin to review the scientific papers, you will see that we are probably looking at a culture of another species. The emergence that will give us information of another actual culture for the first time in truly non-human species."

Berger said this discovery was now opening up the field to more exploration.

"Fire was seen as a critical absence of evidence in our arguments about the small-brained hominoid, and I believe we found it in abundance. Over the next several years and decades, we will see if they associate across the places… but it is as clear an association as anyone has.

"This is the most extraordinary period of exploration and discovery.

"Those of us in the field of paleoanthropology could never have imagined we could have been in this age of exploration.  It is gonna continue. The next generation does not have fear of exploration.

"Technology is opening spaces and places in a way that none of us could have imagined. It truly is the time not to hinder and say 'don't explore'. This is the time where all of you must encourage us to get out there and see the knowledge."