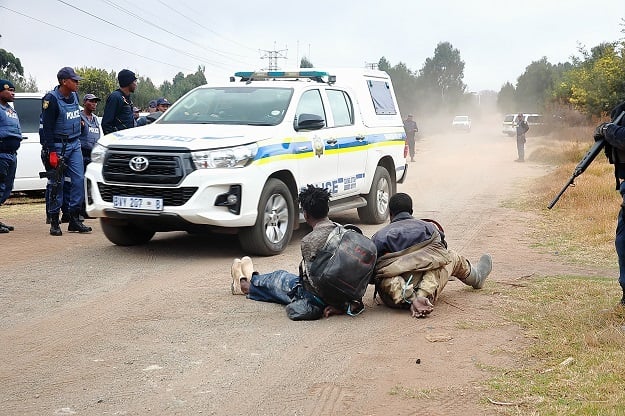 The South African National Defence Force (SANDF) says that should President Cyril Ramaphosa authorise the deployment of troops to support the police to contain further unrest, it would be to preserve life, health and property and would not be "against people".

The statement by the SANDF on Monday followed a leaked defence force warning instruction, dated 6 August, stating that soldiers might be called "to play their secondary role... to support or cooperate with the South African Police Services (SAPS)".

"The situation in the Republic of South Africa is gradually deteriorating into unrest due to criminality that is taking place with the borders, which has been exacerbated by a perceived lack of action from security forces to combat criminality," the document stated.

"It is in this regard, the SA Army Infantry Formation has been ordered to go on 25-hour standby in anticipation of deploying in support or cooperation with the SAPS." Leaked warnings of instructions about deploying its forces to support police in order to curb the current instabilities.
Supplied Supplied

SANDF spokesperson Brigadier General Andries Mahapa said this was never intended for public consumption as it was an internal document for planning and coordinating purposes within the SANDF.

Mahapa said the document was released on social channels and landed in the wrong hands, which he felt was then taken out of context in terms of the warning and operation order.

He said the SANDF, as a security apparatus, was concerned about insecurity that required an urgent and robust intervention to calm the situation and protect inhabitants.

"The chief of the SANDF would like to reiterate that should the deployment of the SANDF be authorised, according to Section 201(1) of the Constitution, it is mainly for preservation of life, health, property [and] not against people in South Africa," he said.

The president has the executive authority to deploy the SANDF in collaboration with other state actors to curb the current security inability.

Mahapa said that if Ramaphosa gave the go-ahead, the number of soldiers to be deployed would be confirmed by the intelligence team.

Ramaphosa would have to inform Parliament before ordering such a deployment.

READ | Zama zamas, kingpins, police and the govt: Why the West Rand is burning

Violent protests have erupted recently in Gauteng's West Rand, sparked by the gang rape of eight women in Krugersdorp by suspected illegal miners.

The women were raped while filming a music video at a Krugersdorp mine dump. Dozens of men have been arrested in connection with the attack, but no one has been directly linked to the rapes yet.

Locals claim that illegal miners have terrorised their area for years and community members have now resorted to raiding the shacks of zama zamas and confronting the suspected illegal miners.