SANEF determined to engage EFF despite 'many failed attempts' 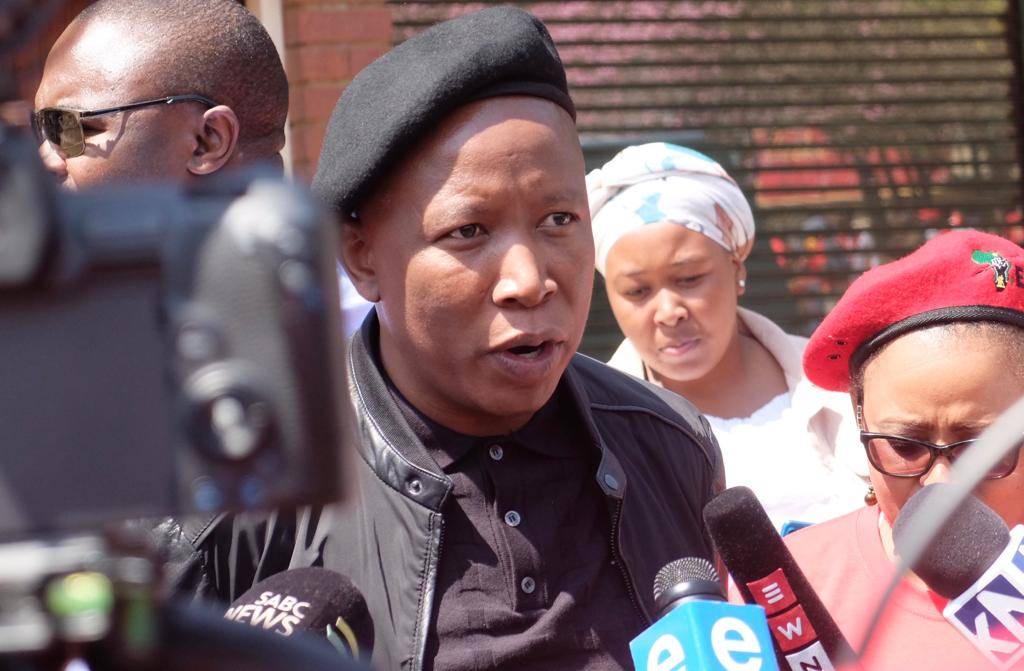 The South African National Editor's Forum (Sanef) says that besides many failed attempts it remains determined to engage the EFF.

"Despite being told by Julius Malema on social media to 'go to hell' at the weekend while our council meeting was taking place, the Sanef Council still confirmed and reiterated the importance of trying to continue to engage with the EFF despite many failed attempts.

"We believe it is critical to keep communication channels open and we will formally request a meeting," Sanef said in a statement on Sunday.

This comes after the editor's forum discussed several issues, including the EFF's "banning" of amaBhungane and Daily Maverick's investigations unit Scorpio from attending the party's events, including press conferences during its September council sitting in Pretoria on Saturday.

ALSO READ: Malema bans amaBhungane and Daily Maverick's Scorpio from EFF events: 'We shall treat them as enemies'

During the sitting, Sanef confirmed its solidarity with banned journalists and their commitment to holding the EFF to account.

Sanef further challenged Malema and other EFF leaders to use appropriate channels to disprove these reports, which include the Ombud's office and the Press Council if they feel aggrieved.

The organisation further adds that the political party cannot pick and choose who can cover or report on their events.

"Sanef wants to place on record that it is unacceptable for the EFF to respond to these allegations by attempting to ban journalists from press conferences. In the past, we have been opposed to other bans such as the EFF's on ANN7 and the New Age.

"Political parties should not be picking and choosing who covers their events - to ensure they get an easy ride. The duty of journalists is to hold the powerful to account and to act in the public interest," the organisation clarified.

Sanef intends to invite the EFF to a round table discussion regarding the harassment of journalists on September 28, in Johannesburg.

EFF Spokesperson Mbuyiseni Ndlozi was not immediately available to respond to the invitation. This article will be updated with the party's comment once it is received.

However, on Saturday, in a response to another statement by Sanef which condemned the party's decision to ban the journalists, the party said it was "not moved" by the statements, saying the party had the right to freedom of association.

ALSO READ: 'We have the right to decide who we associate with' - EFF defends its ban on certain journalists

"We will never be able to stop anyone from writing anything they want about EFF, but we have the right to decide who we associate with in our own events and platforms," spokesperson Mbuyiseni Ndlozi said in a statement at the time.

"Journalism is meant to be grounded on an ethical and independent ethos. Once journalists are directly furthering political objectives, they cease to be journalists," he said.

The party said it refused to associate with people who were "politicised, masquerading as innocent journalists".

"They are all in a personal pursuit of the EFF, seeking its destruction and ultimate end. We choose to associate only with independent, ethical and upstanding journalists."

In August, Sanef and five senior journalists approached the Equality Court, sitting in the Gauteng High Court in Pretoria, to interdict the EFF from intimidating, harassing and assaulting journalists.

Sanef had lodged a complaint with the court late last year following a barrage of abusive and dangerous threats directed at journalists. Sanef at the time said it was approaching the court in defence of media freedom and to seek journalists' protection.

In November last year, Sanef had butted heads with EFF leader Julius Malema, raising its concerns about the party leader's attacks on journalists.

The forum at the time called on politicians and business leaders to refrain from calling out specific journalists if they take issue with their reporting and instead engage with their editors.

This followed statements made by Malema outside the state capture commission of inquiry, where he identified specific journalists who he accused of protecting Public Enterprises Minister Pravin Gordhan.

Gordhan was testifying about his knowledge of state capture at the commission.

Malema told a crowd of EFF supporters gathered outside the venue that Gordhan was a "dog of white monopoly capital" and accused the media of ignoring allegations made by himself that Gordhan's daughter is in business with the state.

News24 investigated Malema's claims at the time and published an article with its findings.

We live in a world where facts and fiction get blurred
In times of uncertainty you need journalism you can trust. For 14 free days, you can have access to a world of in-depth analyses, investigative journalism, top opinions and a range of features. Journalism strengthens democracy. Invest in the future today. Thereafter you will be billed R75 per month. You can cancel anytime and if you cancel within 14 days you won't be billed.
Subscribe to News24
Related Links
Sanef 'appalled' by Malema's call to ban amaBhungane, Daily Maverick's Scorpio from EFF events
Mahlatse Mahlase: Setting the record straight on why Sanef took the EFF to court
A Sanef win against the EFF will be a major blow to media freedom
Next on News24
LIVE | Covid-19 in SA: 4 074 new cases

Lekker Friday for 3 Daily Lotto winners!
Full list of lottery results
Voting Booth
Have you and your family been counted in Census 2022?
Please select an option Oops! Something went wrong, please try again later.
Yes
47% - 4052 votes
No
53% - 4514 votes
Previous Results
Podcasts
PODCAST | The Story: Teen who murdered his mother gets 25 years behind bars