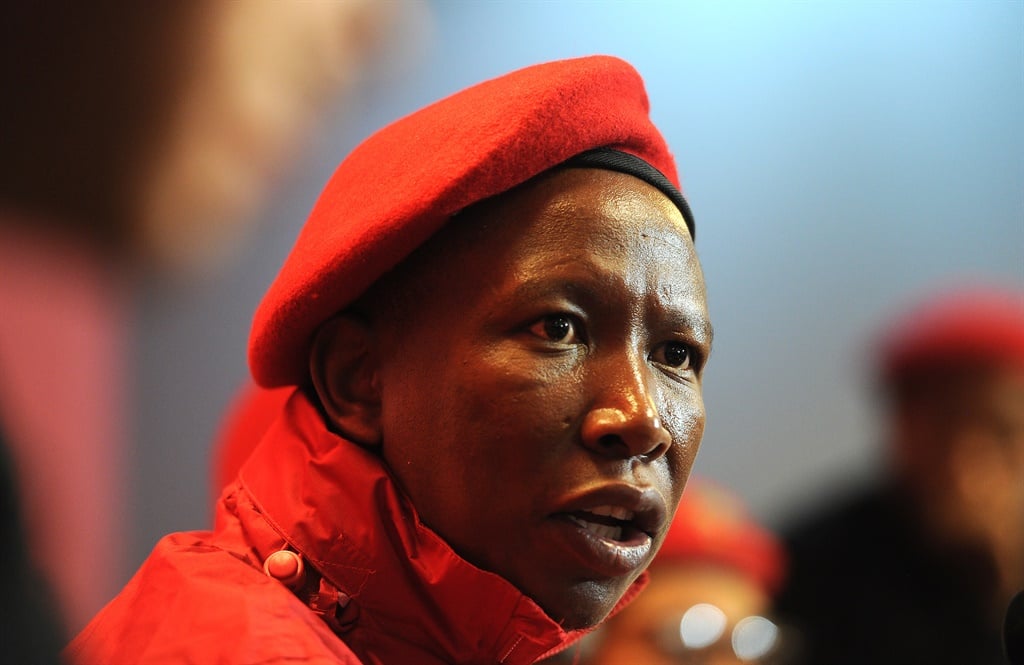 The SA National Editors' Forum (Sanef) will not appeal the Equality Court judgment in its case against the EFF and its leader Julius Malema, but will use interdicts and criminal recourse to protect journalists, treasurer Adriaan Basson said on Wednesday.

"After careful consideration and legal advice, Sanef accepts, with the benefit of hindsight, that the Equality Court was not the appropriate forum to air our concerns," said Basson, who is also editor-in-chief of News24.

"We take note of the judgment that hate speech is very explicitly targeted against a person's inherent features as prescribed by the Constitution.

"Although Sanef finds certain aspects of the judgment problematic, we are pleased that the court has acknowledged the importance of protecting journalists."

Last week, Judge Daisy Molefe ruled against Sanef in a case brought against the EFF on behalf of five journalists to interdict the party from intimidating, harassing and assaulting journalists.

No 'personal attributes' linked with being a journalist

In her judgment, Molefe said that in her view, journalists did not qualify for special protection in terms of the Equality Act.

She also found that unpopular, offensive or controversial views do not necessarily constitute hate speech.

Sanef had hoped for an interdict preventing the publication of the personal information of the complainants; stopping the endorsement of intimidation, harassment and threats of assault against them; and, that the EFF and Malema would publicly denounce these actions by the opposition party's supporters.

Molefe found that the complainants had "belatedly" submitted that their occupation qualifies them for protection in terms of the Equality Act.

She found that there are no "personal attributes" linked with being a journalist, and that journalism is a profession that is chosen, and is not an attribute like race or gender.

She found that some of the comments are indeed hurtful and distasteful, but they fall outside the jurisdiction of the Equality Court.

The complaint by Sanef related to a number of incidents, such as a statement outside the Zondo commission last year in which Malema called for "fighters" to attack, and to "cut the head" of the enemy when it raises its head. He names some of the journalists, and other people such as Constitutional law expert Pierre de Vos.

However, Sanef noted that Molefe also stated the state and judiciary must take positive steps to protect the safety and independence of journalists.

"We trust that state institutions, including the [SA Police Service], and legislators have taken note of this," said Basson.

Sanef stands by its view that the intimidation and harassment of journalists, either in person or on social media, is unlawful.

It encourages journalists who are threatened or targeted to report this to Sanef.

The organisation will protect journalists against hateful comments and intimidation by pursuing "all appropriate remedies available in terms of the law".

This will include interdictory relief and criminal recourse.

The body would also carry on working on a "code of engagement" between journalists and politicians.

We live in a world where facts and fiction get blurred
In times of uncertainty you need journalism you can trust. For 14 free days, you can have access to a world of in-depth analyses, investigative journalism, top opinions and a range of features. Journalism strengthens democracy. Invest in the future today. Thereafter you will be billed R75 per month. You can cancel anytime and if you cancel within 14 days you won't be billed.
Subscribe to News24
Related Links
Sanef 'disappointed' after it loses court bid against EFF
Sanef vs EFF: Equality court rules in party's favour in intimidation case
SANEF determined to engage EFF despite 'many failed attempts'
Next on News24
LIVE | Covid-19 in SA: 4 074 new cases

Here are the Daily Lotto numbers
Full list of lottery results
Voting Booth
Have you and your family been counted in Census 2022?
Please select an option Oops! Something went wrong, please try again later.
Yes
47% - 4058 votes
No
53% - 4520 votes
Previous Results
Podcasts
PODCAST | The Story: Teen who murdered his mother gets 25 years behind bars