SAPS, Agri SA agree to work together in fight against farm attacks 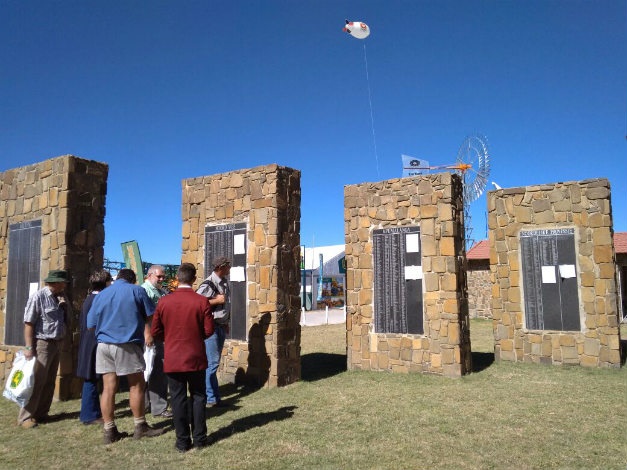 The list of names of farmers killed in farm murders is increasing. Each year more names are engraved on the Wall of Remembrance at Nampo Park in Bothaville.
Amanda Khoza/News24

"The parties expressed commitment to work together and to mobilise other agricultural unions such as Transvaal Agricultural Union and others in ensuring an enhanced implementation of the National Rural Safety Strategy to create a crime-free environment conducive to the reduction of serious and violent crime such as farm attacks and stock theft," the two organisations said in a joint statement released on Tuesday.

The police's divisional commissioner of visible policing Lieutenant General MD Sempe met with the leadership of Agri SA on 28 July, the parties said.

The aim was to strengthen the working relations between the organisations and to address challenges emanating from the ongoing implementation of the revised National Rural Safety Strategy, according to the statement.

"The National Rural Safety Strategy was initially implemented in 2011 and then reviewed during 2018 and 2019 after exhaustive consultation with stakeholders that included organised agriculture, farmworkers unions and relevant government departments."

The police's National Rural Safety Strategy report defines a farm attack as any act of violence against any person residing, working on or visiting a farm or smallholding, whether the intent was to murder, rape, rob or inflict bodily harm.

The parties said Police Minister General Bheki Cele officiated at the launch of the reviewed National Rural Safety Strategy in Makhado, Limpopo, on 11 October 2019, where various stakeholders signed a pledge of commitment to rally behind the implementation of the strategy.

"Agri SA which is one of the key critical partners in the revised Rural Safety Strategy appreciated and thanked the police for the work done in this regard as well as for the opportunity to be a strategic role player in the development and implementation of the strategy.

"Both parties agreed that the effective implementation of the strategy should however be supported by the necessary resources. For this reason, a task team was agreed upon to unpack the strategy and do a strategic analysis of resources required."

The 2019-20 crime figures stated there were 49 murders in 46 incidents on farms and smallholdings – two more than the previous year, News24 reported.

The parties have expressed concern about ongoing farm attacks and proposed the following:

- Increase visibility to curb farm attacks by both the police and farmers through the blue and white light patrols;

- Focus on an aggressive recruitment process of reservists;

- Ensure that all farm watches and neighbourhood structures operate within the framework of the law and policies at all times;

- A more concerted approach by all parties to revitalise rural safety committees at the lower levels and to ensure participation at the level of ProvJoints and NatJoints priority committees;

- Seek a long-lasting solution to the challenge of illegal hunting with dogs;

- A joint working group has been set up to deal with these issues.

We live in a world where facts and fiction get blurred
In times of uncertainty you need journalism you can trust. For 14 free days, you can have access to a world of in-depth analyses, investigative journalism, top opinions and a range of features. Journalism strengthens democracy. Invest in the future today. Thereafter you will be billed R75 per month. You can cancel anytime and if you cancel within 14 days you won't be billed.
Subscribe to News24
Related Links
FF Plus thanks Cele for rural safety strategy
Adriaan Basson | Leon Schuster, Helen Zille, farm attacks and the crisis of whiteness
Next on News24
BREAKING NEWS LIVE | Western Cape High Court declared safe after bomb threat