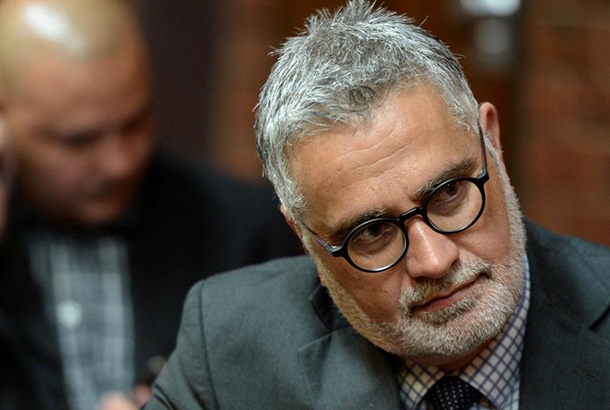 The former SARS executive at the centre of the "rogue unit" saga, Johann van Loggerenberg, says he has recorded phone calls and emails that prove EFF leader Julius Malema had asked for help with his tax affairs through his attorney at the time.

News24 reported earlier Malema and Van Loggerenberg had met at the Sheraton Hotel in 2010, where the former SARS executive attempted to explain in great detail why the narrative in a so-called intelligence dossier, Project Snowman, that a rogue unit was operating at the tax service was false.

It was during this meeting that Malema was recorded, saying he accepted SARS' facts showing the narrative of the unit was false, according to Van Loggerenberg.

This was revealed in an affidavit by him, filed as part of an ongoing review application seeking to set aside a Public Protector report that contained the finding that the High-Risk Investigations Unit, later dubbed the "rogue unit", had been established unlawfully.

While Malema confirmed he had met with Van Loggerenberg in 2010, he gave his version of the meeting.

He said he had attended a meeting with former deputy commissioner Ivan Pillay and then-commissioner Oupa Magashula. During this meeting, Pillay allegedly took Malema to task for saying SARS was targeting Zuma loyalists.

It was after this that Van Loggerenberg met with him, Malema said.

Malema said he was surprised by this, adding he believed SARS was trying to intimidate and silence him.

Malema denied he never told Van Loggerenberg he had accepted SARS' version about the unit. He also challenged him to release the illegal recording of the meeting.

In a statement released on Friday evening, Van Loggerenberg acknowledged Malema's comments, saying it would appear the EFF leader's memory failed him at times.

"I have emails, recorded phone calls as recorded by myself, and self-made recordings of interactions between the attorney for Mr Julius Malema, namely Mr Tumi Mokwena, who made contact with me on March 3, 2015, on behalf of his client soon after I left SARS," he said.

"It specifically concerned Mr Malema's dispute with SARS at that time. I met with Mr Mokwena three times at his request. These culminated in a final meeting soon after, where Mr Mokwena was not prepared to enter into a signed service agreement with me, nor accept my normal business practice of providing invoices for services rendered."

According to Van Loggerenberg, Mokwena had insisted he provided services without invoices and accepted payment in cash.

"I declined and that ended the interaction. I reported this to SARS and the SSA [State Security Agency] formally at the time. In 2017, Mr Mokwena again called me for tax advice regarding Mr Malema. I was unable to assist him. Mr Malema can obtain these details and records from Mr Mokwena if he so wishes."

Van Loggerenberg also said Malema was confusing the timeline of events pertaining to when they met.

In a press statement released by SARS on August 23, 2013, the tax authority sought to set the record straight.

"The meeting at the Sheraton Hotel preceded the meeting with SARS that he is referring to.

"The conversation between Mr Malema and I was recorded lawfully by me since I met him alone at the request of SARS. This was required precisely to avoid any misconceptions that might have arisen later."

We live in a world where facts and fiction get blurred
In times of uncertainty you need journalism you can trust. For 14 free days, you can have access to a world of in-depth analyses, investigative journalism, top opinions and a range of features. Journalism strengthens democracy. Invest in the future today. Thereafter you will be billed R75 per month. You can cancel anytime and if you cancel within 14 days you won't be billed.
Subscribe to News24
Related Links
Malema denies he asked SARS 'rogue unit' boss for help
Intelligence watchdog 'lost' truckloads of information related to the SARS 'rogue unit' drama
Intelligence watchdog to investigate spies, journalists as part of SARS 'rogue unit' probe
Next on News24
LIVE | Covid-19 in SA: 4 074 new cases