Schools reopening: Motshekga to address nation on Sunday about state of readiness 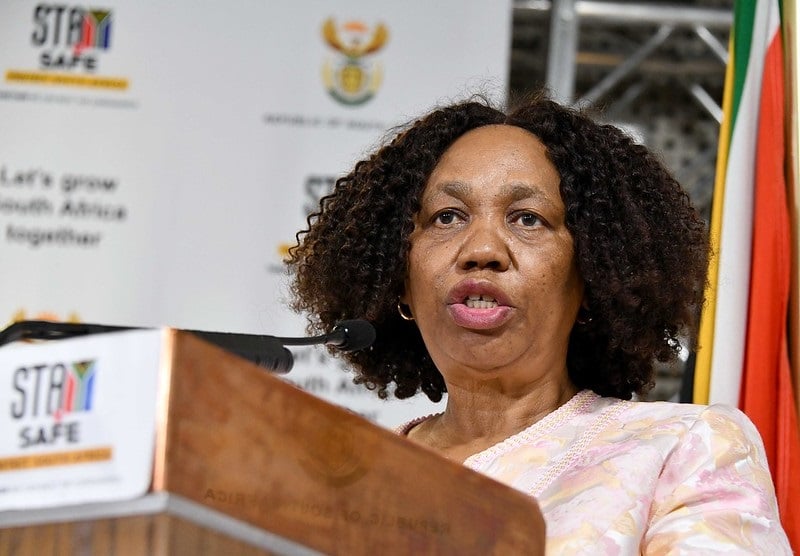 Basic Education Minister Angie Motshekga is expected to brief the nation on Sunday about schools' state of readiness to reopen.

On Monday 15 February, schools were expected to reopen after closing in December, following what was an eventful year for the sector in the wake of Covid-19 in South Africa.

In January, the department delayed the reopening of schools by two weeks due to pressure experienced by the health sector, as infections increased during the second Covid-19 wave.

The school year was initially planned to start on 25 January for teachers and January 27 for pupils, which would have given 207 days for teaching and learning.

Teachers returned on 1 February to prepare for the reopening.

I bought these for Khwezi ahead of schools reopening next week.I know very well that before we know it... argh, let me not jinx it. #KiddiesMasks pic.twitter.com/woQH2aemxM

On Tuesday, the department released a new school calendar which would give schools 40 weeks of teaching and learning this year, News24 reported.

The first term, which is expected to start on Monday, will end on 23 April and the second term will commence on 3 May and end on 9 July, according to the calendar.

The education department has been faced with challenges, among them ensuring schools adhere to Covid-19 protocols and have sufficient PPE and space to allow for social distancing.

Last year, after almost three months of the sector shutting down, last-minute delays were made due to provinces not being ready to welcome pupils. Motshekga postponed the reopening of schools from 1 June to 8 June.

Not long after, they had to shut again from 27 July until 24 August, and grades returned in staggered form. This was to reduce transmission.

Matrics were the most challenged amid all the chaos as they had to conclude the full curriculum in order sit for their final National Senior Certificate examinations which ran from 5 November until 15 December last year.

Motshekga is expected to release the results on 22 February.

In January, five teacher unions, including South African Democratic Teachers' Union (Sadtu) and National Professional Teachers' Organisation of South Africa (Naptosa) conducted a national state of readiness survey which found that only 37% of public schools that responded, were ready to reopen on 15 February.

Among the concerns that were raised from 7 440 responses received from school principals were the lack of PPE, water and space to allow for effective social distancing.

Good morning. Schools open next week, but here is a reminder of what learners should do while at home. This also applies to when they return to school. @HubertMweli @ElijahMhlanga @ReginahMhaule #February15 pic.twitter.com/nQLZpn6t3Y

3 scoop the Daily Lotto jackpot
Full list of lottery results
Lockdown For
DAYS
HRS
MINS
Voting Booth
When a Covid-19 vaccine for under 16's becomes available, will you be taking your children to get it?
Please select an option Oops! Something went wrong, please try again later.
Yes, immediately!
38% - 3870 votes
I'll wait to see how others respond
26% - 2641 votes
No, I don't think they need it
36% - 3734 votes
Previous Results
Podcasts
PODCAST | MISSING MATTHEW EPISODE 3: Decades of false starts add to a family's despair