Heavy snowfalls measuring between 5-15cm have covered many parts of the Eastern Cape.

SA Weather Services meteorologist Lelo Kleinbooi said they projected an accumulations of at least 5cm of snow, but up to 15cm in the higher lying areas.

Snow days are the best days in the #Karoo Heartland! We're expecting another cold front to sweep the Eastern Cape Karoo around the middle of this week and snow-chasers are welcome! ??Nieu-Bethesda. . Are you watching @SnowReportSA? #SouthAfrica #BigSkyKaroo pic.twitter.com/DfF759ffTv

She added that the snow was expected to start subsiding on Friday.

The weather authority warned that snowfall would lead to the closure of roads and major passes, dangerous driving conditions, loss of vulnerable livestock and generally very cold conditions.

These cold conditions were expected to persist into Friday across the province. 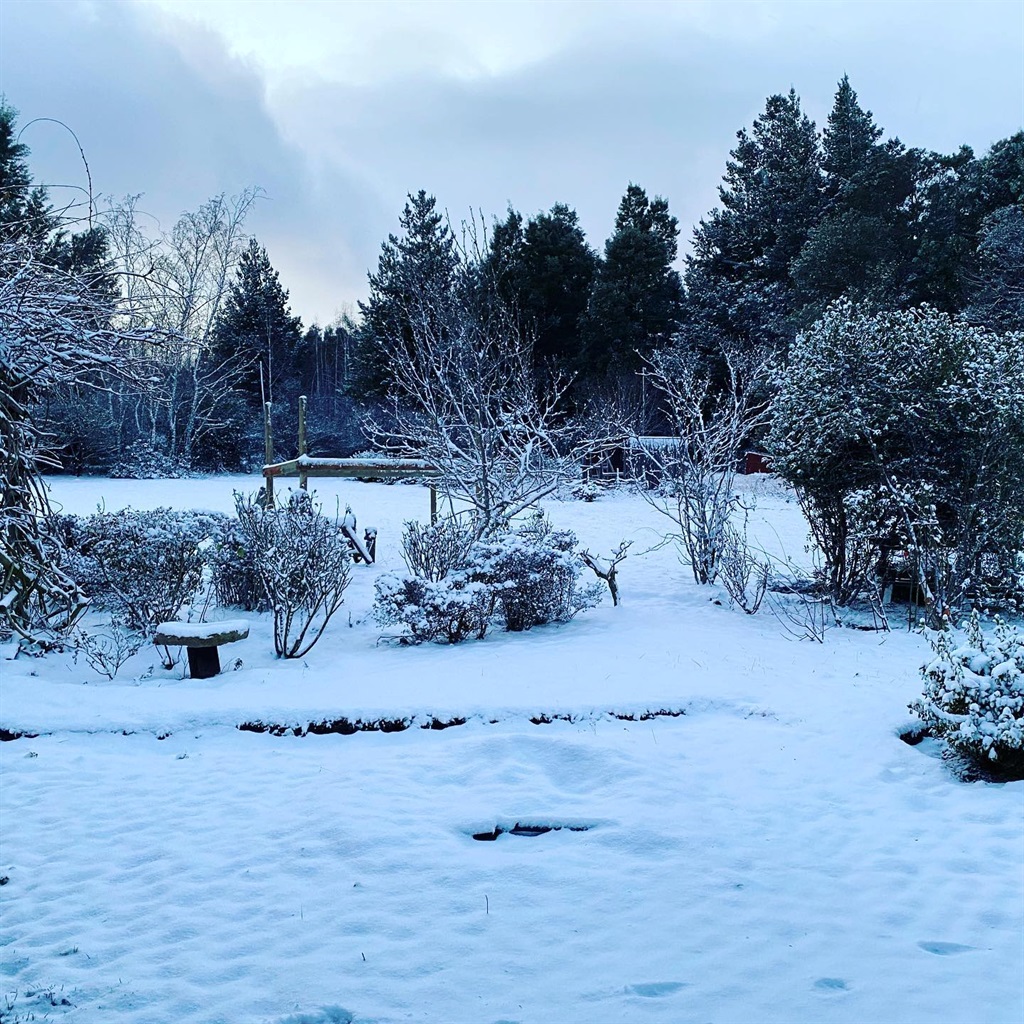 People at the popular Hogsback village in the Eastern Cape, woke up to a winter wonderland on Thursday morning.
News24 The Chocolate Shop The town of Barkley East is covered in snow.
News24 Boetie Steenkamp Parts of the Eastern Cape including the popular tourist destination Hogsback are covered in snow.
News24 janice adlam

Rain and showers are expected mainly along the coast and adjacent interior, while light to moderate snowfall is expected over the high lying areas.

Negative minimum temperatures with frost is expected in places over the interior of the Eastern Cape on Saturday morning.

They are the R56 between Molteno and Steenburg, the N6 at Penhoek Pass between Jamestown and Komani, the N9 at Lootsberg Pass between Graff-Reinet and Middleburg, and the R61 at Wappardsberg Pass.

The provincial transport department said closures were also imminent on the R58 at Barkley Pass between Khowa (Elliot) and Barkley East, as snow continues to cause slippery conditions.

Another road which was likely to be closed was the R67 at Nico Malan Pass near Seymour.

Transport department spokesperson Unathi Binqose announced at lunchtime on Thursday that the Wapadsberg Pass between Graaff-Reinet and Cradock has since been reopened to traffic.

"Drivers are advised to drive with caution, as in some areas it is still wet and slippery. Authorities are keeping a close eye on other roads as well and regular updates will be shared on the department's various social media platforms," he said.

Some beautiful snow have fallen on parts of the Eastern Cape. My cousin who is based in Elliot send me these pictures.#snow #weather #extreme #easterncape #muftimoosagie pic.twitter.com/nNiOMG6rfl

"This is the only period when I miss Barkly East (little Switzerland), EC Tourism let’s take a road trip," he said.

The famous Chocolate Shop in the popular Hogsback resort village posted a picture of a forest covered in white, with a caption: "So.! Hogsback didn’t disappoint. Finally got our much-anticipated snow."

Janice Adlam posted on the Hogsback Beautiful Facebook group a couple of beautiful pictures of snow-covered roads and captioned it: "Boom! what you have all been waiting for."