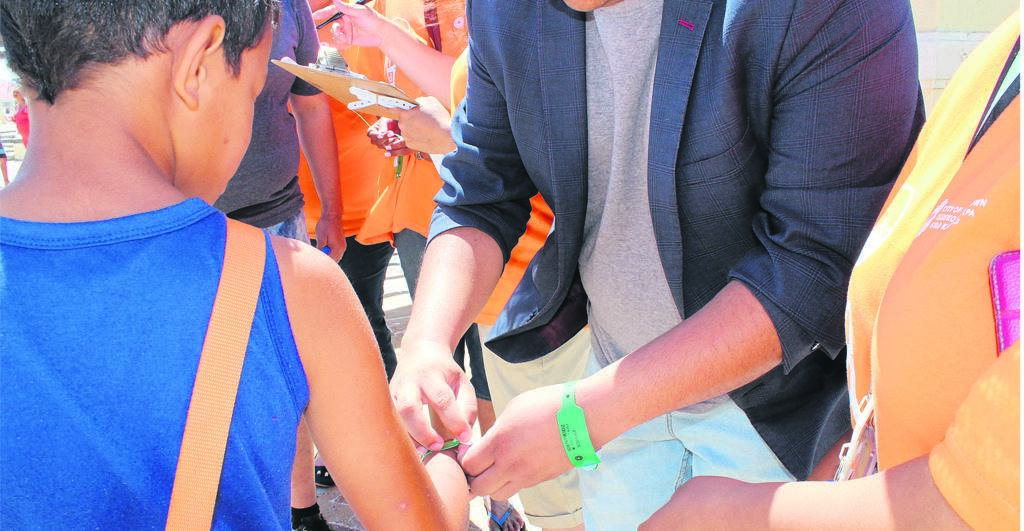 The City of Cape Town’s Identikidz programme has tagged more than 121 335 kids this school holidays.

Seven children have been reunited with their parents after getting lost on beaches along the Cape coastline.

Of the seven, two were separated from their families at Strand beach, three at Strandfontein, and another two at Muizenberg since the start of the festive season.

The City of Cape Town is once again continuing its successful implementation of tagging minors, through its Identikidz project, which launched in 2016, during the peak season.

According to the City, over the past few years they had major successes with the campaign with more than 100 000 children visiting beaches being tagged, while hundreds of children were reunited with their parents and caregivers because of the wrist armbands that had the guardian's contact details on it.

Mayoral committee member for community services and health, Patricia Van der Ross, said during the 2019-2020 festive season, 121 335 children were tagged, and 318 were reunited with their loved ones.

The 2020-2021 festive season was cut short with the closure of beaches just after Boxing Day, which meant that the Identikidz programme was suspended.

"In the time that the project was active during the last festive season, 30 982 children were tagged, and 11 were reunited with their families," said Van der Ross.

The concept of the project required parents or caregivers to register their children as they arrived at participating beaches.

A child will then be issued with a wristband containing their caregiver's contact details, should they get separated during their visit to the beach.

This year, the project launched on 15 December and already close to 30 000 children had been registered and tagged in its first few days of the campaign.

Strand and Muizenberg beaches continued to be the "busiest" in terms of reunions, particularly on New Year's Day, when the beaches were bustling, added the City. 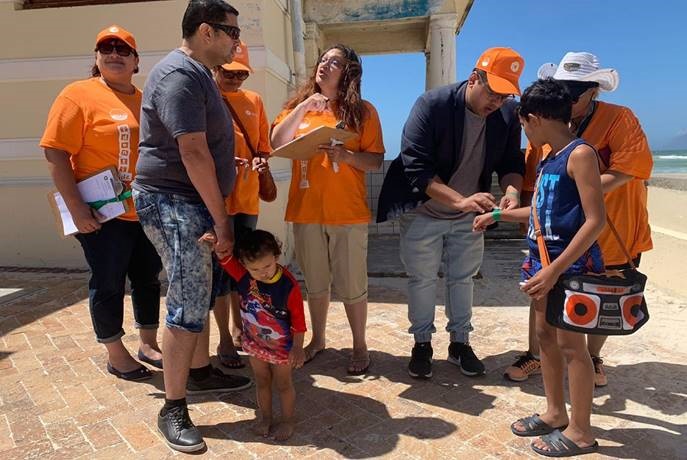 City rolls out its Identikidz project for the festive season
Supplied Identikidz staff are ready to tag young beachgoers registered at the programme this festive season.

Van der Ross said if a child's family could not be contacted via phone, an announcement would be made via the beach's loudhailers.

"If, by the end of the Identikidz shift, the child has still not been claimed, social workers from the provincial Department of Social Development are activated to complete track and trace of parents/primary caregivers," she added.

One kiosk is set up for registrations, usually at the main entrance to a beach.

"Staff also do the rounds on the beach, encouraging parents to make their way to the registration desk if they have not done so already," said the City.

The project is running over 16 days on the following dates:

Did you know you can listen to articles? Subscribe to News24 for access to this exciting feature and more.
We live in a world where facts and fiction get blurred
In times of uncertainty you need journalism you can trust. For 14 free days, you can have access to a world of in-depth analyses, investigative journalism, top opinions and a range of features. Journalism strengthens democracy. Invest in the future today. Thereafter you will be billed R75 per month. You can cancel anytime and if you cancel within 14 days you won't be billed.
Subscribe to News24
Next on News24
LIVE | Covid-19 in SA: 8 179 new cases