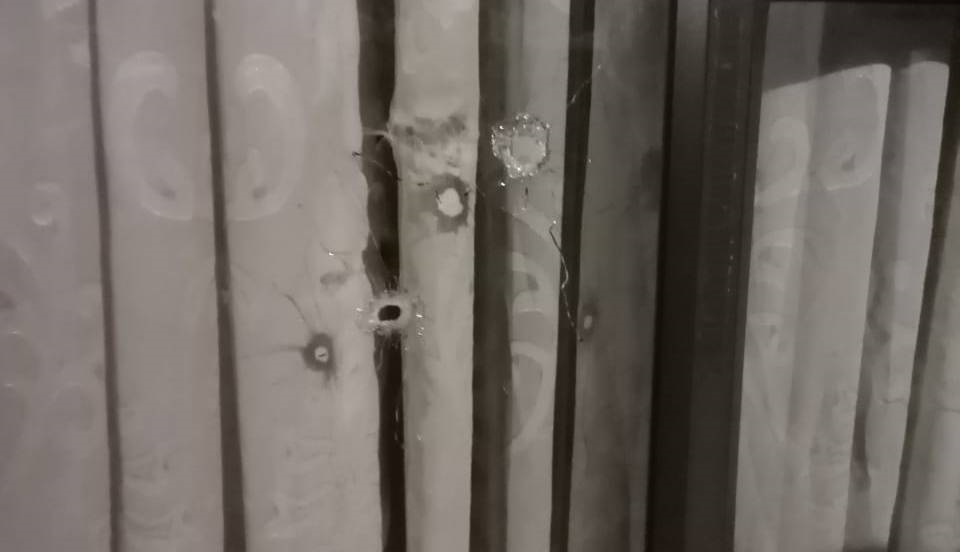 Gunshots were fired at a DA councillor's home in Durban, leaving her home riddled with bullets on Thursday night.

The councillor, Pearl Msomi, has received multiple threats after winning in an ANC ward in Molweni.

Police spokesperson Constable Thenjiswa Ngcobo confirmed that Hillcrest police were investigating a case of attempted murder after the shooting.

"The victim was at her place of residence when she heard gunshots and went to investigate. She noticed the window of their lounge had bullet holes. The motive for the shooting is unknown," he said.

Ngcobo said the matter had been escalated to the police station's branch commander.

It was not the first time Msomi had been threatened - previously a bullet was left on her doorstep.

This time, however, bullets hit her television and other parts of her home.

ALSO READ | Lesufi vs Maile: ANC Gauteng conference gets under way as leadership slates firm up

The DA's leader in KwaZulu-Natal, Francois Rodgers, said the party had opened three cases with police since November last year.

"For the past five months, she has been threatened. It started with voice messages and SMSes, and escalated to a bullet being left on her doorstep mere weeks ago before yesterday's shooting."

He laid the blame at the door of eThekwini's speaker, Thabani Nyawose, who he claimed was dragging his feet in assigning personal protection for Msomi.

The speaker has dragged his feet on the matter, and you have to ask yourself why. As politicians, we put two and two together, it was an ANC ward and we took it away from them. One has to question this.

Attempts to reach Nyawose were unsuccessful. His response will be added when received.

According to the DA, Msomi was in a bad state.

"She is in a bad space, nervous and scared about what is happening around her. We moved her to an unidentified location, very few of us know where she is, and it will remain that way until we can get some kind of security and undertaking," Rodgers said.

He said the Molweni police initially did not attend to Msomi's complaint when a bullet was left at her doorstep two weeks ago.

Rodgers said he had to reach out to the DA's transport and safety portfolio member in the legislature, Sharon Hoosen, who engaged senior provincial police, which eventually led to Molweni police visiting Msomi. "Molweni police are incompetent, non-compliant or part of the problem," he said.

The DA's chief whip in eThekwini, Thabani Mthethwa, said he met with Nyawose on Friday afternoon.

"I did have a meeting with stakeholders, I just came out of that meeting. There are processes that are followed when there are threats against councillors."

He said it includes a councillor opening a case, taking the case number and submitting it to the speaker's office, who then forwards it to police Crime Intelligence, who ascertain if a security detail is needed.

Mthethwa said the matter was urgent.

"We are saying each case is treated on merit, because there is no use going through all this processes and then she dies before security is assigned. Where there is evidence, security should be provided, pending the processes.

"There have been threats from the opponents in the political sphere. She won a ward from the ANC. While the speaker has to follow due process, there has to be consideration before someone dies."