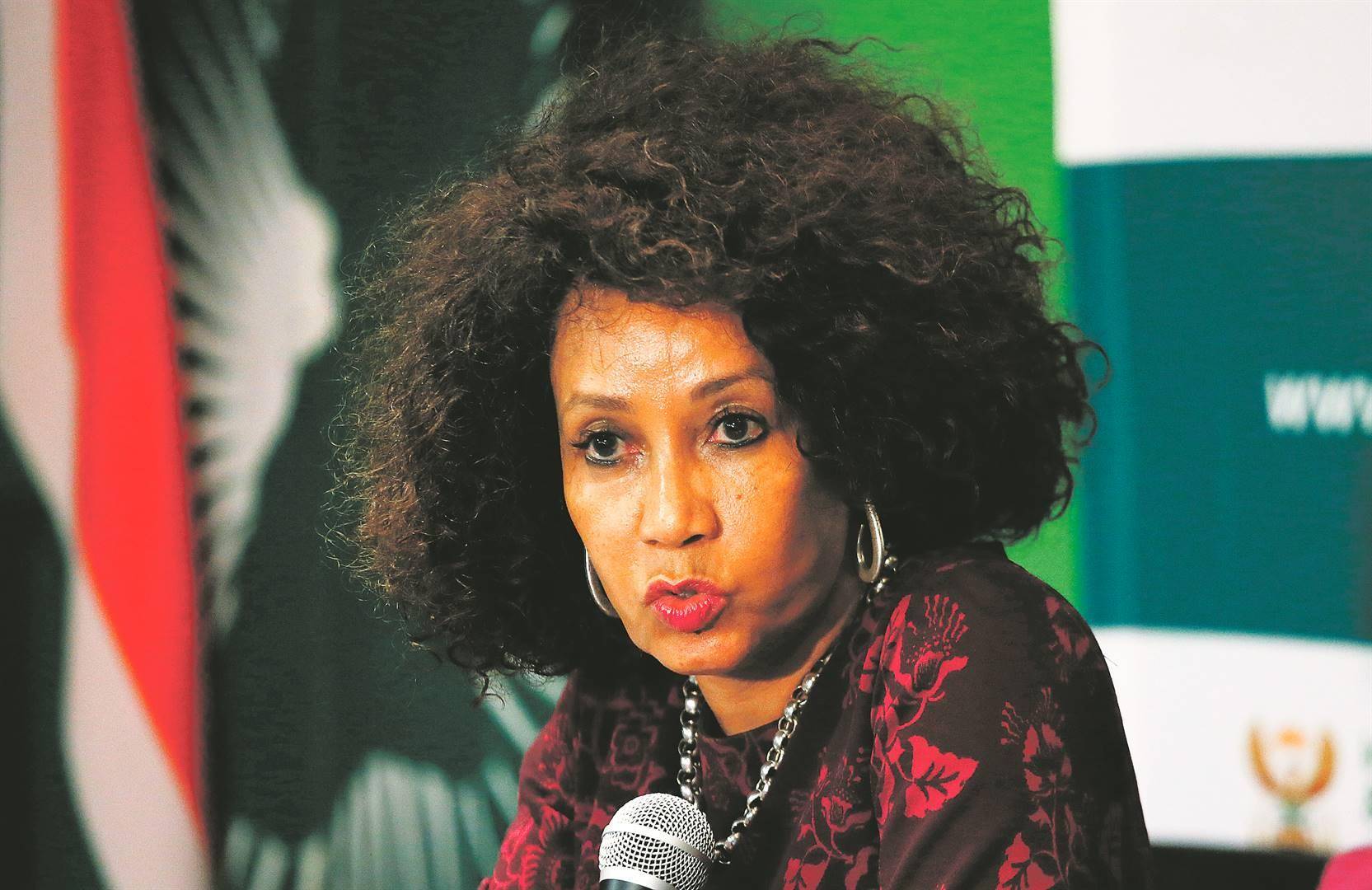 The public spat between Justice Minister Ronald Lamola and Tourism Minister Lindiwe Sisulu following the latter's attack on the judiciary and Constitution appears to have no end in sight.

On Sunday, Sisulu, in an article again published on Independent Online, admonished Lamola for penning an open letter challenging her remarks which have caused a public outcry.

"You have taken the unusual step of addressing me, a colleague, in an open letter, something unheard of in the tradition of our movement, as far as I know.

"This appears alarming since it seems to be a follow-up of the public statement issued by your department, which was all part of an equally unusual and disturbingly vicious public castigation of me since my attempt to draw public attention to one of the most fundamental issues South Africans should be discussing," read the article credited to the minister.

She said the Constitution was a man-made and historically contextualised document.

"That contextualisation cannot escape the reality of Codesa 1 and 2 that defines the proverbial womb of the Constitution. In this sense, the Constitution makes for a 'settlement agreement'.

"Concerning our laws and their interpretation, it certainly has supreme authority, and it is indeed a remarkable and impressively progressive document in many ways.

"It does set high standards for our democratic life together. But it is not holy Scripture. Rather than seeing it as an untouchable, irreproachable holy relic, I see it as a living document, evolving with our own development. As such, it is open to discussion, debate, and critique."

Sisulu said the Constitution did not embrace the experience of South Africans as a whole, "especially the poor, the disenfranchised, the marginalised, and the excluded, it has failed in its primary function regardless of how it may offend us to accept such".

She maintained that contrary to the views expressed by, in particular, acting Chief Justice Raymond Zondo regarding her utterance as being ill-conceived and seemingly formulated without any facts, she said had spent a considerable amount of time pondering the topic.

READ | Ronald Lamola | Dear Lindiwe, most of our gains post -1994 are because of the Constitution

"Despite what you posit, debates and discussions around the Constitution are not a recent occurrence, 'heightened' by the words in my article… This article is the fulcrum of my thought provocation and pensive reflections over an elongated period as we sojourn in a democratic era," read Sisulu's latest offering.

She was responding to an article penned by Lamola on Friday, which claimed her opinion pieces did not cite a single judgment by the country's democratic courts.

He also cautioned that "referring to judicial officers by using crude racial tropes cannot pass off as a debate". Citing at least one case, Sisulu wrote: "I do believe that our Constitution far too often serves the few, the powerful, and the well-connected.

"It cannot be that resources become the determining factor between justice and injustice, right and wrong, moral and immoral. In this regard, I bring to your attention the ongoing case of Vodacom and Mr Nkosana Makate.

"A black young man whose invention aided Vodacom's wealth had to rely on aid to make his case in the Constitutional Court. The matter is still not settled and remains ongoing.

"I cite this here not in pre-empting an outcome but to highlight the challenge the poor have to take on the wealthy and to find rightful justice. That situation needs vigorous debate and firm correction.

"The evidence is as straightforward as it is devastating: South Africa is the most unequal society on earth. Yet you blithely assert that the Constitution needs no critique, and the judges are above all critique because 'judgments of our courts have brought about a much more equal society'.

"What I am trying to do, is to make us all see that, at this time of celebration of the adoption of South Africa's Constitution, we have come to the point of serious and honest reflection: where do we come from, where are we, and where are we going? And perhaps the voices of our youth will help us here," read her article.
We live in a world where facts and fiction get blurred
In times of uncertainty you need journalism you can trust. For 14 free days, you can have access to a world of in-depth analyses, investigative journalism, top opinions and a range of features. Journalism strengthens democracy. Invest in the future today. Thereafter you will be billed R75 per month. You can cancel anytime and if you cancel within 14 days you won't be billed.
Subscribe to News24
Next on News24
LIVE | Covid-19 in SA: 5 096 new cases