Political parties and South Africans took to social media on Saturday to honour Winnie Madikizela-Mandela on what would have been the ANC stalwart's 84th birthday.

The EFF described Madikizela-Mandela as "a fearless woman" who was "a revolutionary in her own right". 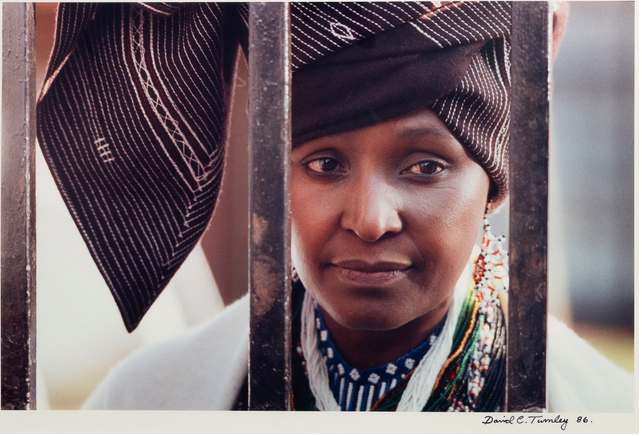 South Africans celebrate what would have been Winnie Madikizela-Mandela's 84th birthday on Saturday.
David C Turnley

"Her contribution to the struggle for the liberation of the African people remains an inspiration to this generation of economic freedom, and we will forever remain loyal to this forgotten daughter of our struggle against colonial domination," the party said in a statement shared on Twitter.

To honour Madikizela-Mandela, the ANC has embarked on a two-day programme of countrywide celebrations.

A commemorative event was held in Soweto on Saturday, followed by the launch of a heritage route on Gauteng's West Rand.

The ANC will from tomorrow, Saturday, 26 September and Sunday, 27 September 2020, remember the life of Mama Winnie Mandela as part of celebrating our proud history and revolutionary heritage. pic.twitter.com/cN93bcbbt1

"Mama Winnie [is a] human treasure and icon of our struggle whose legacy continues to live and inspire millions of people, both in the country and across the globe," the party said in a statement.

"Through her sacrifices and fearless determination to liberate the people of South Africa, Mama Winnie [continues] to occupy a special place in the history of our struggle for freedom and democracy."

We live in a world where facts and fiction get blurred
In times of uncertainty you need journalism you can trust. For only R75 per month, you have access to a world of in-depth analyses, investigative journalism, top opinions and a range of features. Journalism strengthens democracy. Invest in the future today.
Subscribe to News24
Related Links
Winnie Madikizela-Mandela's Brandfort house turned into a museum
EFF's attempt to have Cape Town airport named after Madikizela-Mandela thwarted
EFF, ANC remember Mama Winnie on her birthday
Next on News24
LIVE | Covid-19 in SA: Cases hit 1 605 252 as death toll rises to 55 012

Lucky Friday for 3 Daily Lotto players!
Full list of lottery results
Lockdown For
DAYS
HRS
MINS
Voting Booth
As South Africa faces down the third Covid-19 wave, how are you keeping your family safe ?
Please select an option Oops! Something went wrong, please try again later.
Staying at home, isolating and being careful
18% - 304 votes
Sanitising and wearing masks when we go out
70% - 1188 votes
Going on as usual, we're not afraid of the virus
13% - 215 votes
Previous Results
Podcasts
PODCAST | Too Many Enemies: Episode 1 - the assassination of billionaire Wandile Bozwana