The Society for the Prevention of Cruelty to Animals (SPCA) has warned against the use of "live dog bait" in animal fighting.

According to the SPCA, dog fighting was not only an animal cruelty issue, but also part of a criminal subculture that involved activities such as illegal gambling.

Other criminal activities included drug-related crimes, theft as well as contributing to the destruction of communities.

"Pit bull dogs that do not exhibit suitable fighting potential or are reluctant to fight sometimes have their mouths taped shut and are used as bait dogs for dogs in training. One bait animal can be used repeatedly for this purpose," she said.

Dog bait is usually a stolen pet that is used to taunt or test a fighting dog's mettle with brutal consequences.

A bait animal's teeth might also be removed to prevent the fighting dog from getting injured.

Toward the end of 2020, the SPCA received a call from the owner of Diamonds, who had surrendered him to them because of dog fighting which left his canine in a horrific state.

Diamonds, an adult crossbreed amputee, survived after being used as a bait dog.

He has only three legs, and while out on a walk, his owner was approached by another pit bull owner.

The pit bull's owner saw Diamonds as a "weak" opponent for the dog fight and both owners then agreed to have the fight. 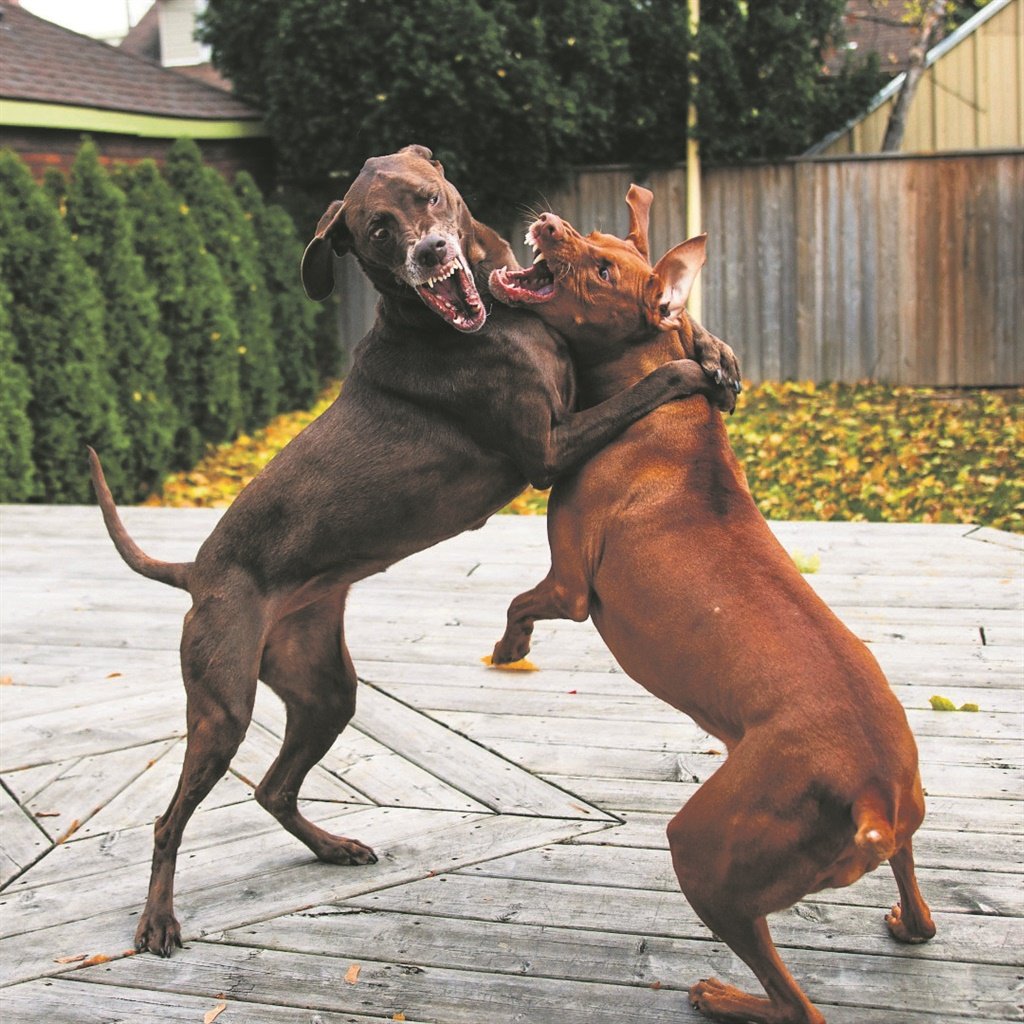 During the fight, the owner of the other pit bull, incensed that Diamond proved tougher than what he looked, broke the dog's hind legs - this prompted Diamonds' owner to call the SPCA for help.

Abrahams said Diamonds had survived an attack that was meant to kill him.

After months of treatment and surgery, the staff have nursed him back to health and he is now ready to be adopted. Even if a dog "wins" a fight, there will be no veterinary treatment to ease their pain, no comfort and no care and they will have to do it all over again, next week or next month.

Losing dogs can expect no mercy - in fact, they are often brutally killed by their owner in a cowardly attempt to save face.

Dog fighting is not only cruel to animals, but impacts children who are present at these events.

Abraham said: "From a young age, children are learning that cruelty to animals is not only acceptable, but also entertaining. Instead of feeling empathy, kindness, and compassion, they learn that cruelty and violence are the norm."

According to the Animals Protection Act, any persons found to be in violation of it, faced a hefty fine or imprisonment.

"If a dog owner is found guilty of animal cruelty, imprisonment or a fine of R80 000 can be administrated to them; they will have a criminal record and may be denied ownership of any animal for a period determined by the magistrate," she said.