#StateCaptureInquiry: Zondo to deliver decision on cross-examining witnesses on Thursday 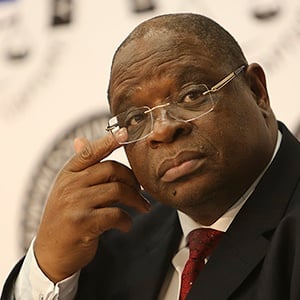 The chairperson of the judicial commission of inquiry into state capture, Deputy Chief Justice Raymond Zondo, is expected to deliver his decision on applications for leave to cross-examine witnesses.

Zondo will deliver his decision on Thursday at 10:00 in Parktown, Johannesburg.

This was after advocate Mike Hellens, SC, for Ajay Gupta, said his client was willing to testify and wanted to cross-examine witnesses from a location outside South Africa.

He said the commission doesn't have to send a "caravan" to Dubai, one person can go.

Hellens claimed that the Gupta brothers were worried about possibly being arrested if they returned to South Africa, labelling the Hawks and the National Prosecuting Authority (NPA) as "recklessly incompetent and a national embarrassment".

Hellens also told the commission that Ajay Gupta has a "powerfully contrary version" to former ANC MP Vytjie Mentor's version of events, that might not be put before the commission.

Mentor told the commission that Ajay Gupta had offered her the job of public enterprises minister if she in turn would drop the SAA Johannesburg to Mumbai route so that a Gupta-linked company, Jet Airways, could benefit.

She said Ajay told her that there was a planned reshuffle by former president Jacob Zuma and he was going to fire Barbara Hogan, who was the incumbent.

So far, six witnesses have testified.

The public hearings will continue on Monday with the testimony of representatives of banks regarding the closure of Gupta-related accounts.

We live in a world where facts and fiction get blurred
In times of uncertainty you need journalism you can trust. For only R75 per month, you have access to a world of in-depth analyses, investigative journalism, top opinions and a range of features. Journalism strengthens democracy. Invest in the future today.
Subscribe to News24
Related Links
#StateCaptureInquiry: Zondo raises concerns over Guptas' refusal to return to SA
#StateCaptureInquiry: Mnonopi withdraws application to quiz Jonas
#StateCaptureInquiry: There are more of us who can help commission – Maseko
Next on News24
LIVE | SA records 710 515 cases and 18 843 deaths, 'silent' mutations gave Covid-19 an edge