Still no action against PSC's 'Bonnie and Clyde', govt says investigation is ongoing 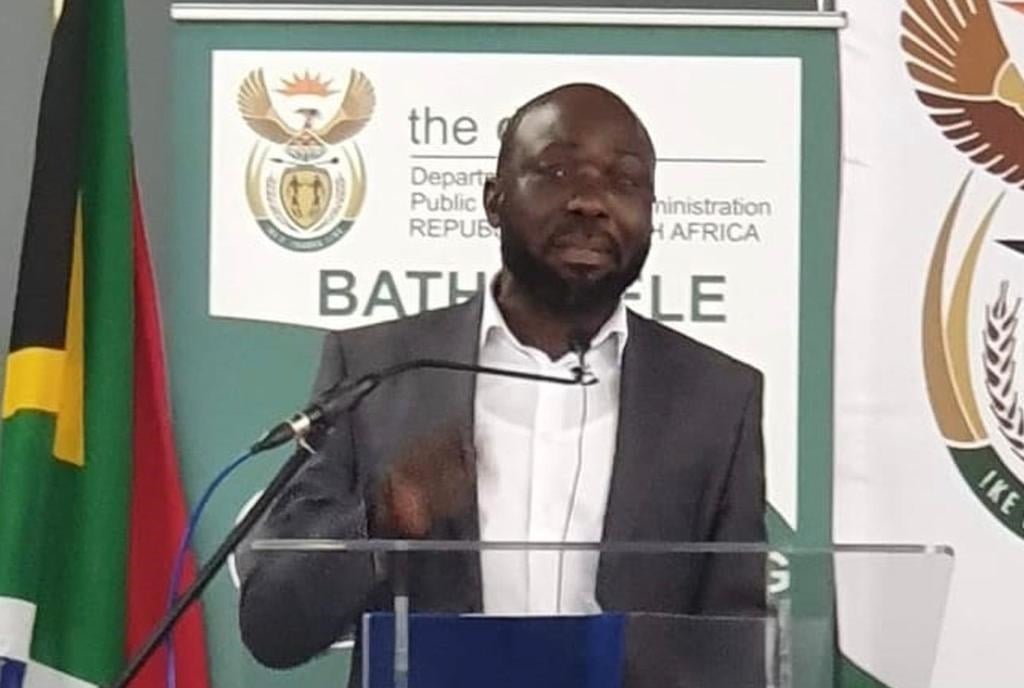 President Cyril Ramaphosa is yet to act against Public Service Commission (PSC) director-general (DG) Dovhani Mamphiswana, who is at the centre of a probe after he fraudulently hired the mother of his child as a director at the entity.

Advocate Smanga Sethene was appointed in February by the Office of the State Attorney to investigate media reports that Mamphiswana had in December 2019 illegally appointed the mother of his child, Boitumelo Mogwe, to the position of chief director for professional ethics.

Sethene found the appointment of Mogwe was the result of "nepotism, deceit, dishonesty, corruption and fraud".

Sethene gave the state attorney an opinion, setting out the legal basis for the PSC to recommend to Ramaphosa the suspension of Mamphiswana pending the finalisation of the investigation.

"The chairperson, following a discussion with other commissioners of the PSC in the plenary, resolved to act pursuant to my opinion and addressed a letter to the president on 6 February 2020, urging the president to suspend the DG pending the finalisation of the investigation. To date, the president has not suspended the DG (Mamphiswana)," Sethene said.

Advocate Richard Sizani is the chairperson of the PSC.

Sethene also found: "The appointed chief director (Boitumelo Mogwe) had no ethics training at all, according to her own CV. There is no indication in her CV as to whether she had the necessary five years of experience in the field of professional ethics in accordance with the requirements of the position she was ultimately appointed to."

The PSC advertised the position of chief director for professional ethics in July/August 2019.

Sethene said, on 9 October, shortlisting took place by a panel chaired by Mamphiswana.

In February (2020), Sethene received an e-mail from the state attorney to inform him that the investigation had been put on hold.

"In response to my enquiry, the reason advanced for this suspension was that it is the president that has to commission the investigation as it involves the alleged misconduct of the DG of the Public Service Commission (Mamphiswana)," he said.

Ramaphosa replied to Sizani's letter of 6 February later that month by way of a Presidential Minute.

"In this minute, the president charged the minister with investigating whether there had been any improper conduct on the part of the DG (Mamphiswana) during the filling of the position and, if so, to make recommendations on the appropriate remedial action, if any, that should be taken against Mamphiswana.

"During all this time (from February to May), this investigation remained suspended and only on or about 3 June, I was instructed by the state attorney to resume the investigation, to which I agreed. I duly commenced the interviews with the PSC officials and staff during the period 8 to 25 June," he said.

DA MP Leon Schreiber said the party's suspicions that Ramaphosa and his government are attempting to cover up the crimes committed by their "Bonnie and Clyde" were confirmed by an internal PSC memorandum provided to the DA by a whistle-blower.

"The memorandum, which was sent to all public service commissioners on 13 July by the PSC's director for litigation and legal services at the request of the PSC chairperson, advocate Richard Sizani, attempts to classify Sethene's report as 'confidential'," Schreiber claimed.

Public Service and Administration Minister Senzo Mchunu said Ramaphosa acted swiftly and within the parameters of the law to ensure that the allegations against Mamphiswana are investigated.

"It is therefore nonsensical for the member of Parliament of the DA, Leon Schreiber, to suggest that the president has failed to take action on the allegations. At all times, proper processes and procedures should be followed, irrespective of against whom the allegations are made. The DA and Dr Schreiber should not use such a serious governance and ethics matter to play political games with it," Mchunu said.

"This investigation, conducted by Michele Snyman and Ronnie Pather, is at an advanced stage and it is expected that the report will be finalised shortly," he said.

We live in a world where facts and fiction get blurred
In times of uncertainty you need journalism you can trust. For only R75 per month, you have access to a world of in-depth analyses, investigative journalism, top opinions and a range of features. Journalism strengthens democracy. Invest in the future today.
Subscribe to News24
Related Links
PSC concerned over impact of government's non-payment of SMMEs during Covid-19 crisis
Government Printing Works head cleared of corruption - but not completely off the hook
PSC tells Limpopo government to abide by 60-day rule and reinstate suspended officials
Next on News24
LIVE | SA records 1 564 355 Covid-19 cases and 53 663 deaths