Tough-talking Police Minister Bheki Cele says that stock theft will be treated as an economic crime and investigations have already uncovered the  existence of five groups operating in the eastern Free State.

Cele was in the eastern part of the province on Thursday, where he met with the farming community and other stakeholders.

The minister returned to Bethlehem after having met with farmers following the brutal murder of 21-year-old farm manager Brendin Horner in October.

At the meeting, farmers from Senekal, Paul Roux and Bethlehem detailed the issues they faced and a dossier was handed over which contained allegations of stock theft syndicates and alleged police involvement.

During the meeting - which was addressed by a number of high ranking police officials including the Free State police commissioner - it was placed on record that a task team, comprising Hawks officials, Crime Intelligence, state security officials and the Independent Police Investigative Directorate (IPID) has started investigating the information contained in the dossier.

The task team also uncovered the existence of the five stock theft groups operating in the area.

The farming community were also told that the team's investigations will include:

Cele also said there was a clear increase in the arrest of foreign nationals for the crimes. Foreigners from Lesotho, Zimbabwe and Mozambique were implicated, he added, saying that he was in touch with International Relations and Cooperation Minister Naledi Pandor about this. 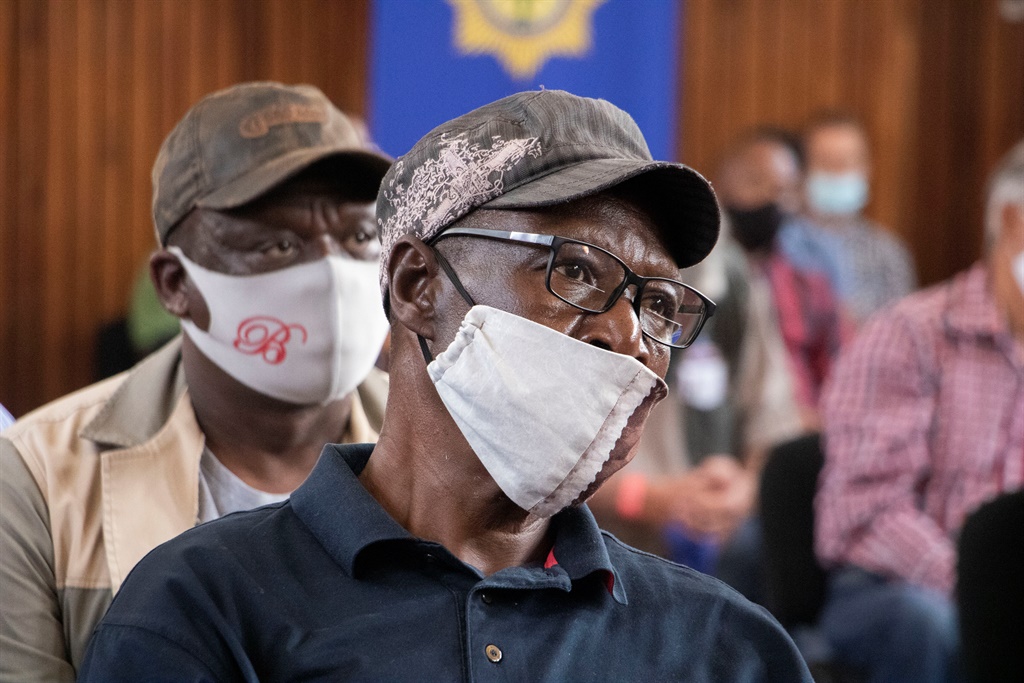 Cele said that stock theft would also be regarded as an economic crime, especially after looking at the stock theft figures that form part of the quarterly crime statistics which will be released on Friday.

"I saw the stock theft figures. It's hell."

"This is economic sabotage. It cannot be regarded as ordinary crime, it is not petty crime,"  Cele added.

Cele also touched on race relations within the community telling farmers and farmworkers, both black and white,  to "stop fighting each other" because they had a common enemy: Criminality.

Acknowledging issues faced by the farming community collectively, Cele asked that farmers not play into the hands of those who spread disinformation, like talk of white genocide. Two farmers, who addressed the rural safety imbizo noted that there had already been an improvement since the last meeting.

Two other farmers shared that there still hadn't been help and that farm murders continued to affect them.

Two community policing forum members also told Cele about alleged police involvement in a range of crimes and believed investigations into crimes - including stock theft and rape - were not pursued with any vigour.

Following the meeting, farmers told News24 that they were happy with the outcomes, promises made and the progress so far.

However, they said arrests and convictions need to be seen.

We live in a world where facts and fiction get blurred
In times of uncertainty you need journalism you can trust. For only R75 per month, you have access to a world of in-depth analyses, investigative journalism, top opinions and a range of features. Journalism strengthens democracy. Invest in the future today.
Subscribe to News24
Related Links
Division and race baiting in SA: Government is deeply disturbed, says Mabuza
WATCH | Brendin Horner murder: A timeline of the events as they unfolded
Hawks now say they are looking into report alleging SAPS involvement in Free State stock theft
Next on News24
LIVE | Covid-19 in SA: Death toll at 21 289, with 778 571 confirmed cases