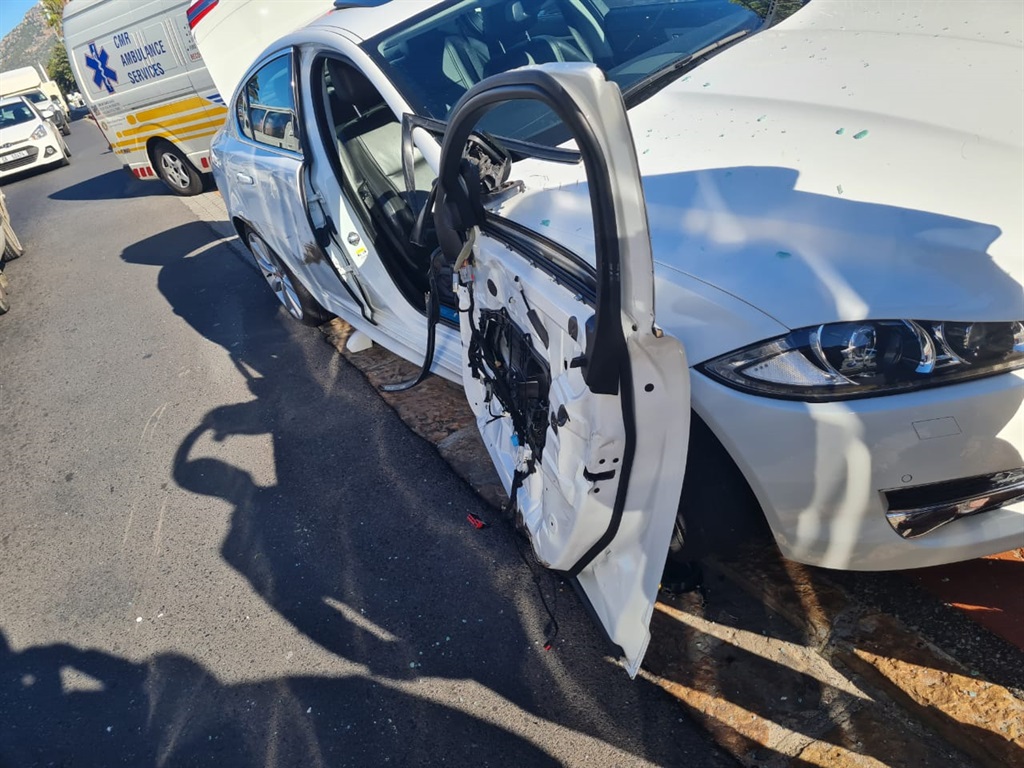 Two suspects are under police guard in hospital after being hit following an attempted hijacking.
Supplied

Two suspects are under police guard in a Cape Town hospital after they were hit by a car following a string of crimes in St James on Friday morning.

Traffic was backed up in the seaside suburb, with City of Cape Town traffic spokesperson Maxine Bezuidenhout confirming that an attempted hijacking had resulted in the suspects being hit.

"Two suspects in their 30s were arrested on the charges and were taken to a nearby hospital under police guard for medical treatment," he said.

Bezuidenhout added there were road closures in place at Main and Atlantic roads and Main and Clairvaux roads.