The rush for an SABC board 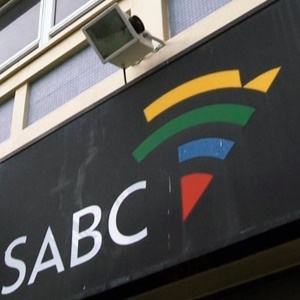 While there were some excellent candidates interviewed for the SABC board, the process was full of glaring errors in the rush to select names before Parliament rises for its spring recess on Thursday.

But it was revealed, in squabbles between political parties on the committee, that the process was so rushed that the interviews were held while the screening of the candidates’ academic qualifications and vetting by state security was still under way.

On Tuesday, MPs will deliberate on the 35 hours of interviews and decide on the 12 names which they will present to the National Assembly later that day, said committee chairman Humphrey Maxegwana.

City Press has learnt that the committee could still present its preferred candidates two days later, but this could not be officially confirmed.

The process to appoint the new board has been largely applauded for its openness. But there have been some glaring, amateurish mistakes which may cast doubt on its outcome.

It took MPs five meetings to sift through 363 applications, and reduce them to 36 shortlisted candidates of which 34 were interviewed. This, coupled with a parallel screening and vetting process, raises eyebrows after former SABC board chair Ellen Tshabalala was found to have lied about her academic qualifications.

Red lights began flashing when Michael Bauer, a permanent resident of South Africa but not a citizen, a fact he declared in his application, arrived for his interview after 8pm on Thursday night and was turned away because the Broadcasting Act does not allow non-citizens to serve on the SABC board.

Former current affairs and news producer Seipati Khumalo, a journalism graduate from Tshwane University of Technology who works as a TVET college campus manager, did not know what role the Independent Communications Authority of SA (Icasa) plays in relation to the SABC. An MP had to literally spell out Icasa for her.

Former high court judge Chris Greenland, tampered with his ID number “to hide his age” as he later told MPs, but he too made it to the interview stage.

“We could have gone through the CVs during recess and we would have properly assessed candidates. Unfortunately, the process was very rushed without proper research,” she said.

While the deadline for applications was the end of June, nothing happened in July as Parliament was in recess. The committee was supposed to have its first meeting on August 8, but it was not held. MPs received the 363 CVs on August 14, met to discuss the recruitment process the next day, short-listed 36 candidates on August 22 and interviewed 34 candidates between August 30 and September 1.

Van Damme was still confident, saying: “The short list was great; we will find good candidates.”

Maxegwana agreed. “I think we have broad-skilled, highly skilled people. We took time to look at the applicants and nominees and thought the 36 were the best of the 363. We have done our best.”

Maxegwana acknowledged the shortcomings. “Maybe we were misled by qualifications in some cases. You can be misled by academic qualifications and all of that, and when it comes to people sitting here, you don’t get that. We had doctors [PhDs] and people with master’s and, in some ways, we were disappointed.”

For the EFF’s Mbuyiseni Ndlozi, the legacy of unqualified people in high positions at the SABC gave underqualified people the impression that they too could try their luck. But he, too, was confident that a board could be formed, although for him even the quality candidates were not good enough.

While political interference and political connections were identified among the key problems that led to the disintegration of previous boards, one would have expected a potential board member to be discreet about political affiliations.

But this seemed to have evaded businesswoman Cikizwa Dingi – she had President Jacob Zuma and ANC Women’s League leader Bathabile Dlamini among the referees on her CV. While she tried to disassociate herself from that and shifted blame, it turned out that even her updated CV included a list of senior ANC politicians, but without Zuma.

Dingi caused a stink with her refusal to answer questions about her political connections and about her procurement of the services of dubious sign language interpreter Thamsanqa Jantjie, who was exposed as a fraud after Nelson Mandela’s memorial service in December 2013.

She maintained this was a matter between employer and employee and irrelevant to the parliamentary interviews.

The ignorant aside, the interviews unearthed some talent besides the five members of the interim board, whose term comes to an end this month.

Here are our top candidates, based on their potential, their experience and their performances in the interviews conducted this week to determine who will serve on the 12-person nonexecutive SABC board. But it is not just about performance and skills, it is also about politics.

A former councillor at the SABC’s regulator, the Independent Communications Authority of SA (Icasa), legal expert Batyi was brilliant – but drew tricky questions over a legal issue with former communications minister Faith Muthambi.

The grand old policy man for information and communications technology, and a former Icasa councillor and adviser to Pallo Jordan, Currie has big ideas – including scrapping SABC licence fees.

The board needs money people, and level-headed, experienced Kalidass is an accountant. She was illegally kicked off Ellen Tshabalala’s SABC board for questioning its governance procedure.

The current interim board chair, Kweyama had interviewers eating out of her hands. She needs to stay on, but may need to drop one of her other boards, which include Brand SA and Telkom.

An expert in corporate legal affairs, policy and information technology, Makhathini studied at Harvard Business School in the US and can offer the board tried-and-tested professionalism – although it may be a good idea for him to cut ties with President Jacob Zuma’s wife’s foundation.

Probably the week’s sharpest broadcasting thinker, Markovitz has the legal, policy and corporate skills the board needs and he wowed the communications committee. Disclaimer: He serves on the board of the SOS coalition, our coverage partners on the SABC board interviews.

A veteran journalist currently serving on the SABC’s interim board, the well-liked Matisonn brings institutional knowledge, policy insight and integrity.

He runs a company offering information and corporate governance services and has a wealth of corporate experience. Mbokane gave a solid and convincing interview.

A partner in a major law firm, Phalane knows his telecommunications and broadcasting law.

She divided the committee over her ANC commitments and time served under Nkosazana Dlamini-Zuma at the African Union, but Potgieter-Gqubule navigated the politics well and also serves on the interim board.

The communications committee was deeply respectful of current SABC interim board deputy chair, the quiet, considered veteran editor Tsedu. No way is he not picked – and for good reason.

*City Press’ coverage of the SABC board interviews was done in partnership with SOS coalition, a civil society coalition committed to, and campaigning for, public broadcasting that is in the public interest. Visit soscoalition.org.za for more

Who would you like to see on the board? SMS us on 35697 using the keyword BOARD and tell us what you think. Include your name and province. SMSes cost R1.50

We live in a world where facts and fiction get blurred
In times of uncertainty you need journalism you can trust. For 14 free days, you can have access to a world of in-depth analyses, investigative journalism, top opinions and a range of features. Journalism strengthens democracy. Invest in the future today. Thereafter you will be billed R75 per month. You can cancel anytime and if you cancel within 14 days you won't be billed.
Subscribe to News24
Related Links
Citizenship issues, starstruck MPs and Tata Madiba – day 2 of SABC interviews
What you need to know about day 3 of the SABC board interviews
Good, bad and clueless candidates on day 1 of SABC board interviews
Next on News24
BREAKING NEWS LIVE | Cape Winelands firefighters battle blaze in Pappegaaiberg