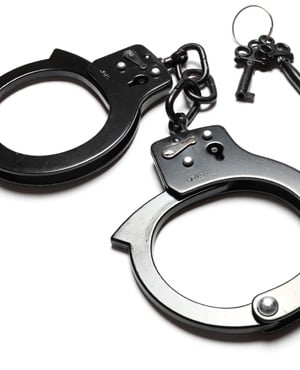 Durban - A North West traffic official has been arrested for the alleged solicitation of bribes, the Road Traffic Management (RTMC) said in a statement on Sunday.

The officer was arrested on Saturday in an anti-corruption sting operation, and is the second traffic official to be arrested in the space of a week.

“The officer, who carried the rank of an inspector, was caught by an undercover agent of the National Traffic Anti-Corruption Unit on the N12 between Wolmaransstad and Klerksdorp.

“The officer was allegedly using a speed enforcement operation to solicit R100 bribes from motorists. He is currently detained in police custody and will appear in court on Monday,” the statement read.

On Wednesday another North West traffic officer was arrested when he solicited a bribe from an undercover anti-corruption agent in Klerksdorp.

We live in a world where facts and fiction get blurred
In times of uncertainty you need journalism you can trust. For only R75 per month, you have access to a world of in-depth analyses, investigative journalism, top opinions and a range of features. Journalism strengthens democracy. Invest in the future today.
Subscribe to News24
Related Links
Traffic cop nabbed for demanding bribe
Tshwane metro cop nabbed in anti-graft operation
Next on News24
LIVE | Covid-19 in SA: Death toll at 20 903, with 767 679 confirmed cases