Two students set to appear in court on rifle possession charge: What we know so far 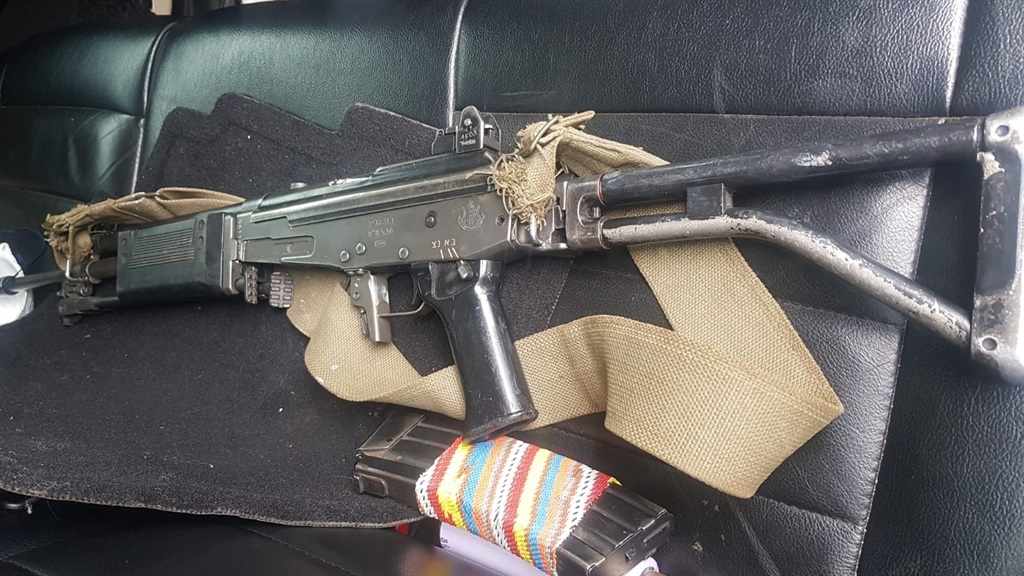 The Provincial Commissioner of police in Gauteng, Lieutenant General Elias Mawela has ordered an urgent probe into an illegal firearm that was found in the possession of two students in Braamfontein, Johannesburg.
(Supplied, SAPS)

Two students arrested on Wednesday for the alleged possession of an illegal firearm are expected to appear in the Johannesburg Magistrate's Court on Friday.

On Thursday, News24 reported that a Crime Intelligence report about a dangerous weapon that was "operationalised" led police to a gathering in Braamfontein, Johannesburg, on Wednesday.

During the gathering, two students were allegedly observed carrying a Galil rifle. They were seen driving off in a vehicle and police followed before stopping them in Auckland Park.

After a search, a Galil rifle of Israeli origin and a loaded magazine were found, resulting in the arrest of the students, police said. The Provincial Commissioner of police in Gauteng, Lieutenant General Elias Mawela has ordered an urgent probe into an illegal firearm that was found in the possession of two students in Braamfontein, Johannesburg.
(Supplied, SAPS)

Over the past week, university students – most of them from Wits University – took to the streets over historical debt and the barring of registration. This week saw University of Johannesburg students also joining the call for free, decolonised education for all.

What we know about the arrests

The 5.56 mm Galil rifle had one magazine. It's understood no live rounds were found.

News24 also understands the firearm may have been permanently deactivated, with the barrel welded shut so that it can't operate.

While the names of the students were not yet known, information from officials with knowledge of the arrests suggested that one of them, a woman, is a student from Cape Town who is visiting Johannesburg.

The male suspect was said to be a student at a reputable film school.

Meanwhile, two other students, who were arrested in Braamfontein on Monday, are also expected to appear for a bail application.

The court heard from the State that Leshodi and Masebe had a pending case in Stellenbosch in the Western Cape, which was why it opposed their release on bail at this stage.

The police's conduct in reacting to the protests has also been a focal point following the killing of Mthokozisi Ntumba, who was shot dead, allegedly by officers who were dispersing protesting students in Braamfontein last week.

Ntumba was exiting a clinic after visiting a doctor there.

Four police officers have been charged with killing him.