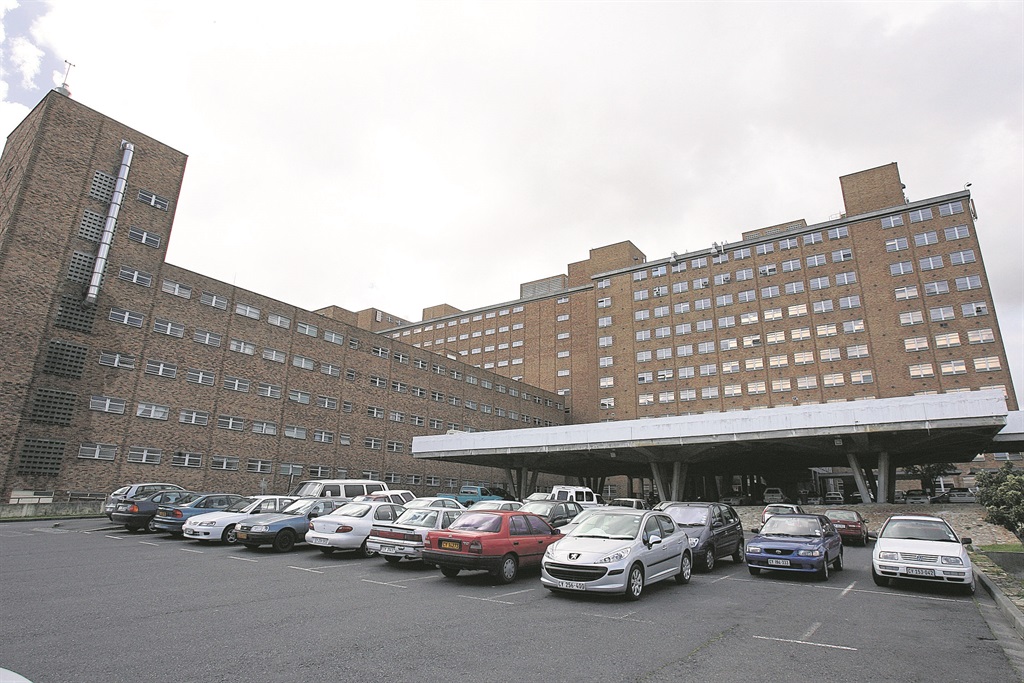 "We do not have a white side and a black side in Tygerberg or any of our hospitals," said Mbombo.

She had already demanded an apology from Finance Minister Tito Mboweni after he suggested this during remarks on infrastructure projects in this Medium Term Budget Policy Statement on Wednesday.

Mboweni also took a dig at the DA - the majority party in the Western Cape legislature and the official opposition in the National Assembly.

After announcing funding for extensions to the Chief Albert Luthuli Hospital in KwaZulu-Natal, and to the Tygerberg and Klipheuwel hospitals in the Western Cape, he deviated from his prepared speech at the 12 minute mark.

"By the way, this Tygerberg thing," he said. "This Tygerberg Hospital thing - it still has a black and white section."

From the benches came a "what?" which was clearly audible.

"It's unbelievable," he said.

Somebody from the benches then shouted "DA" and he responded: "I thought that was a DA government there."

MP Natasha Mazzone issued a video in which she stated that she would report him to Parliament's Ethics Committee for "misleading" the House.

Mbombo demanded an apology, saying this was an affront to the around 4 600 staff, excluding student doctors, who worked there.

On Thursday, during a briefing on Covid-19 in the Western Cape, Mbombo said most of the buildings built during apartheid were meant to accommodate a "white side" and a "black side".

However, patients were not "racialised" as suggested.

She said that the around 10 000 people a day seen at the hospital, were a "microcosm" of the communities they came from.

She said any claims of racism at the hospital cannot be dismissed, whether it be between patients, or patients and staff.

She asked that these be reported.

"I'm not dismissing that there couldn't be any of such anywhere, because we are part of South Africa.

"But I dismiss [that we] could have it at that level. We don't have a black and a white side."

We live in a world where facts and fiction get blurred
In times of uncertainty you need journalism you can trust. For only R75 per month, you have access to a world of in-depth analyses, investigative journalism, top opinions and a range of features. Journalism strengthens democracy. Invest in the future today.
Subscribe to News24
Related Links
WATCH | Tygerberg Hospital staff protest over PPE, transport on International Nurses Day
Budget cuts to fund SAA will compromise Western Cape's health services, says Finance MEC Maynier
Mini budget in a nutshell: Mboweni's plans to navigate SA through Covid-19 storm
Next on News24
LIVE | Covid-19 in SA: Death toll at 21 201, with 775 502 confirmed cases

1 person scoops the Daily Lotto prize
Full list of lottery results
Lockdown For
DAYS
HRS
MINS
Voting Booth
When planning for the Black Friday sales do you:
Please select an option Oops! Something went wrong, please try again later.
Save, research and plan ahead, preparing to make the most of it?
7% - 984 votes
Wait and see what looks like a good deal on the day?
14% - 1870 votes
Have no interest in spending more money this year?
79% - 10499 votes
Previous Results
Podcasts
PODCAST | POLITICS UNMUTED: When prophets and politics collide