A national rescue effort to save thousands of lives threatened by the spread of Covid-19, while attempting to preserve and reconfigure the economy is unfolding on a scale unprecedented in democratic South Africa.

The depth of the crisis the country finds itself in was underscored by a series of dire developments on Tuesday, with the coronavirus infection rate seeing its largest single increase in recent weeks, with 143 more South Africans testing positive, taking the total to 2 415.

And a series of economic forecasts also cast a pall, with the SA Reserve Bank predicting the GDP to contract by 6.1% in 2020 and Business for South Africa, the body coordinating the response to the virus by organised business, expecting a contraction of between 8% and 10%, with one million jobs possibly lost.

"At this stage, our central scenario is for a deep recession in 2020 followed by an upswing in economic growth," Finance Minister Tito Mboweni said during a conference call with reporters. Within the space of 24 hours, the government's chief scientist, Professor Salim Abdool Karim, Mboweni, SA Reserve Bank Governor Lesetja Kganyago and organised business, represented by a new umbrella organisation called Business for SA, announced an array of initiatives and plans to mitigate against the destructive impact of the coronavirus on public health, the economy and livelihoods.

The executive chairperson of financier Rothschild and Co in South Africa, Martin Kingston who is one of the co-ordinators of the Business for SA initiative, said organised business was in constant, "dynamic" contact with the government, including President Cyril Ramaphosa and various ministers.

"There is a receptiveness from the government to our proposals. There are unprecedented levels of co-operation and collaboration between the government and private sector in this time of need," he added at a briefing on Tuesday morning.

In addition, Mboweni, at another briefing on Tuesday, said he and Kganyago spoke "at least four times a day" about the impact of Covid-19 on the economy, the country's fiscal position, potential job losses and efforts to keep the economy alive.

And on Sunday, Abdool Karim, an expert in immunology and infectious diseases with academic chairs at universities including KwaZulu-Natal and Harvard, was confirmed as the lead scientist at the head of a ministerial advisory group providing Health Minister Zweli Mkhize with data.

This advisory group, which consists of 45 experts serving on four subcommittees, meets almost daily to assess the evolving health crisis. 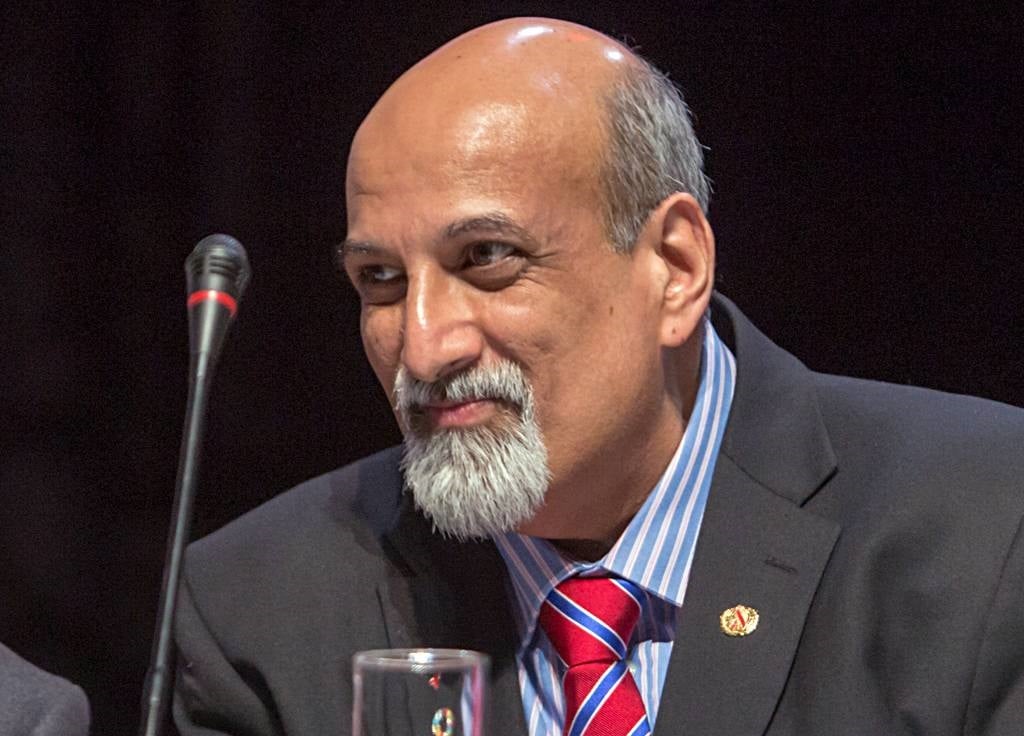 Kingston told reporters the Business for SA initiative consisted of seven workstreams working closely with the government, including healthcare (which is driving the national ventilator project), economic interventions (alongside the National Treasury, SA Reserve Bank and Department of Trade and Industry) and labour (as part of Nedlac consultations).

He added the country would not have any choice but to "aggressively restructure the economy" after the virus subsides. "Less than 50% of the economy is functioning, and 60% of small- to medium-sized businesses have started or are considering retrenchments. This represents more than six million people."

Both Mboweni and Kganyago - in back-to-back calls with reporters - said they expected the coronavirus to have a severely debilitating effect on the economy.

The minister of finance said he would take a set of proposals to "revitalise" the economy to the Cabinet on Wednesday, calling it "a huge agenda item" and saying he would personally announce the decisions taken by the national executive afterward. President Cyril Ramaphosa with Martin Kingston the executive chairperson of Rothschild and Co in South Africa and co-ordinator of Business for South Africa. (Media24 Archives.)

Mboweni added the Treasury had been working on three scenarios, including one with projections about the impact of a "prolonged" lockdown.

"We have to start thinking about getting the economy moving after April. But any decision we take must be risk-based. We need to get the economy going, but it won't help if we do it too early … our decision must weigh risk."

He said South Africa would be looking at international finance institutions for help, including a possible loan of $60 billion from the World Bank. The country will consider all options, including in an emergency, Covid-19 specific facility from the International Monetary fund.

Mboweni has instructed that the reprioritising of funds across the national budget should be undertaken to ensure money flows to those programmes where it is most urgently needed, including and primarily to the Department of Health.

- Stay up to date and stay healthy. Subscribe to Health24’s Daily Dose newsletter for important updates on the spread of the coronavirus. Register and manage your newsletters in the new News24 app by clicking on the Profile tab

We live in a world where facts and fiction get blurred
In times of uncertainty you need journalism you can trust. For 14 free days, you can have access to a world of in-depth analyses, investigative journalism, top opinions and a range of features. Journalism strengthens democracy. Invest in the future today. Thereafter you will be billed R75 per month. You can cancel anytime and if you cancel within 14 days you won't be billed.
Subscribe to News24
Related Links
Melanie Verwoerd | A birthday during lockdown, and a few resolutions too
Cape Town looting: Residents urged to abide by the law
LIVE | 143 new cases, prison outbreak worsens and SA's Covid-19 fight gets a boost from China
Next on News24
BREAKING NEWS LIVE | ANC in Gauteng confirms that Parks Tau has been deployed to Parliament