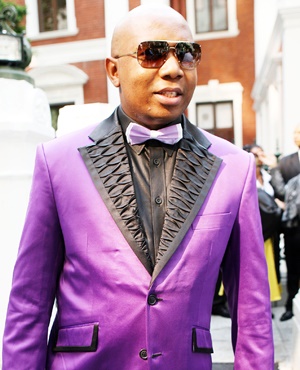 "If he is still a deputy minister, we will protect him," Mbalula told reporters at Parliament.

"We protect everybody who is appointed by the president, because they are the property of the State and of government and because that's what we do."

He was arguing against claims that Manana was receiving special treatment after he allegedly assaulted a woman at the Cubana nightclub in Fourways, Johannesburg, over the weekend.

"There are procedures you need to follow when you take away VIP protection."

He said if Manana were to "step aside" his VIP protection would be revoked.

It was unclear if Manana's bodyguards were present during the fracas and, if they were there, what role they played. Mbalula said this was being investigated.

On Thursday, Manana appeared in the Randburg Magistrate’s Court, Johannesburg, on two charges of assault with intent to do grievous bodily harm. He was granted R5 000 bail.

In a recording obtained by TimesLive, Manana can be heard admitting to the assault in a conversation with the brother of the woman, Mandisa Duma.

"I hit her, I slapped her," Manana is heard saying. He argues that Duma swore at him and called him gay.

In a video posted on social media, Manana slaps a cowering woman.

Following social media outrage and calls for his head, Manana "apologised" and said there was "extreme provocation".

The police's VIP protection unit's budget for 2017/18 is R2.8bn. The department of women in the Presidency's budget for this financial year is R206m.

We live in a world where facts and fiction get blurred
In times of uncertainty you need journalism you can trust. For only R75 per month, you have access to a world of in-depth analyses, investigative journalism, top opinions and a range of features. Journalism strengthens democracy. Invest in the future today.
Subscribe to News24
Related Links
Manana not getting special treatment - Mbalula
Special treatment for Minister Manana?
Manana has a pending assault case in Ermelo, claim activists
Next on News24
LIVE | Covid-19 in SA: Death toll at 20 968, with 769 759 confirmed cases