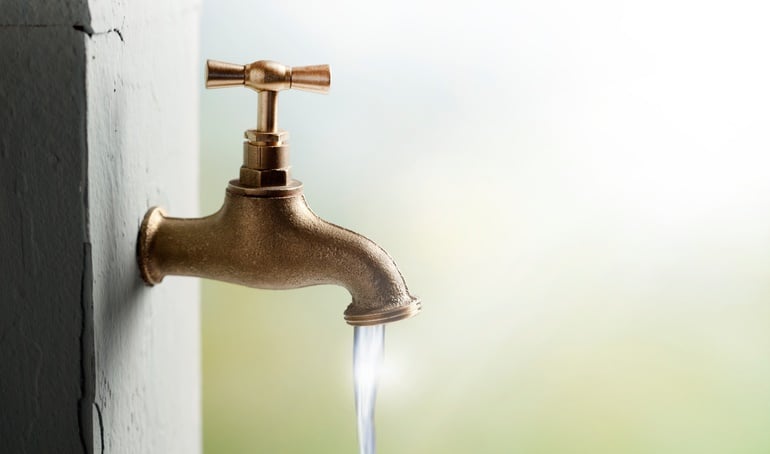 Northern Johannesburg residents' water woes appear to be far from over as Johannesburg Water struggles to restore supply to several suburbs.

It said water supply was cut on Tuesday due to "challenges with our Bryanston reservoirs. The reservoir levels are low and therefore we had to close the outlet".

Residents rejoiced on Wednesday when the water utility tweeted that water supply was being restored but on Thursday, taps were still dry.

Spokesperson Isaac Dhludhlu told News24 on Wednesday morning that the cause of the outage was unknown and was being investigated.

On Wednesday evening, Johannesburg Water announced on Twitter that "the investigation has revealed failure of pressure reducing valves at the reservoir, a decision has been taken by management to replace all three in the next seven days".

#UpdateBryanstonReservoir
Please note that the Tower is currently empty and the outlet is closed again to build capacity. This process will take a while as the valves are faulty and will be replaced individually over the next seven days. @CityofJoburgZA @NicoDeJager64

"The valves will be replaced individually at night with an aim to limit service interruptions, and as and when the reservoir levels drop the outlet will be closed to preserve the infrastructure."

The water utility said water tanks would continue to be at all listed areas and appealed for patience.

"It needs to be done. Please continue to use water sparingly until we pass this phase."

Johannesburg Water also tweeted that the Bryanston and Brixton towers were empty and the outlet was closed again to build capacity.

"This process will take a while as the valves are faulty and will be replaced individually over the next seven days."

Johannesburg Water later tweeted that the Grand Central and East Rand reservoirs were struggling to reach minimal capacity, which was affecting water supply in Midrand.

The Grand Central and E Rand reservoirs are struggling to reach minimal capacity due to high demand and that is affecting Half Way House currently.

We appeal to all to use water sparingly. We will advise on the water tankers locations soon

On Thursday morning, Johannesburg Water announced a number of planned outages owing to various problems experienced with its Brixton reservoir.

Last month, a substation that provides electricity to the Rand Water infrastructure that pumps water to approximately 40% of Johannesburg, as well as parts of the West Rand and Rustenburg, caught fire in an apparent act of sabotage. Water supply to many suburbs was interrupted.

Isaac Mangena, City Power spokesperson, told News24 at the time that the damage was so severe that under normal circumstances, it would have taken at least 72 hours to repair.

Supply was however restored within 32 hours.

News24 could not reach Dhludhlu for comment on Thursday.

We live in a world where facts and fiction get blurred
In times of uncertainty you need journalism you can trust. For only R75 per month, you have access to a world of in-depth analyses, investigative journalism, top opinions and a range of features. Journalism strengthens democracy. Invest in the future today.
Subscribe to News24
Related Links
Water to northern Joburg being restored
Large parts of Joburg without water, cause is unknown
WATCH: Dams feeding Cape Town hit the 70% mark
Next on News24
LIVE | Covid-19 in SA: Total cases top 3 million

Lucky Sunday for 3 Daily Lotto players
Full list of lottery results
Lockdown For
DAYS
HRS
MINS
Voting Booth
President Ramaphosa has punted the idea of mandatory Covid-19 vaccinations for South Africans. This is:
Please select an option Oops! Something went wrong, please try again later.
The right thing to do. We desperately need more South Africans vaccinated to prevent further mutations and restore normality in our lives.
71% - 9095 votes
A risky strategy. Compulsory vaccinations may have unintended consequences and damage our rollout campaign.
29% - 3628 votes
Previous Results
Podcasts
PODCAST | The Story: The Omicron variant and what we know so far