'We lost a lioness of our struggle': Frene Ginwala hailed as a 'rock' at memorial service 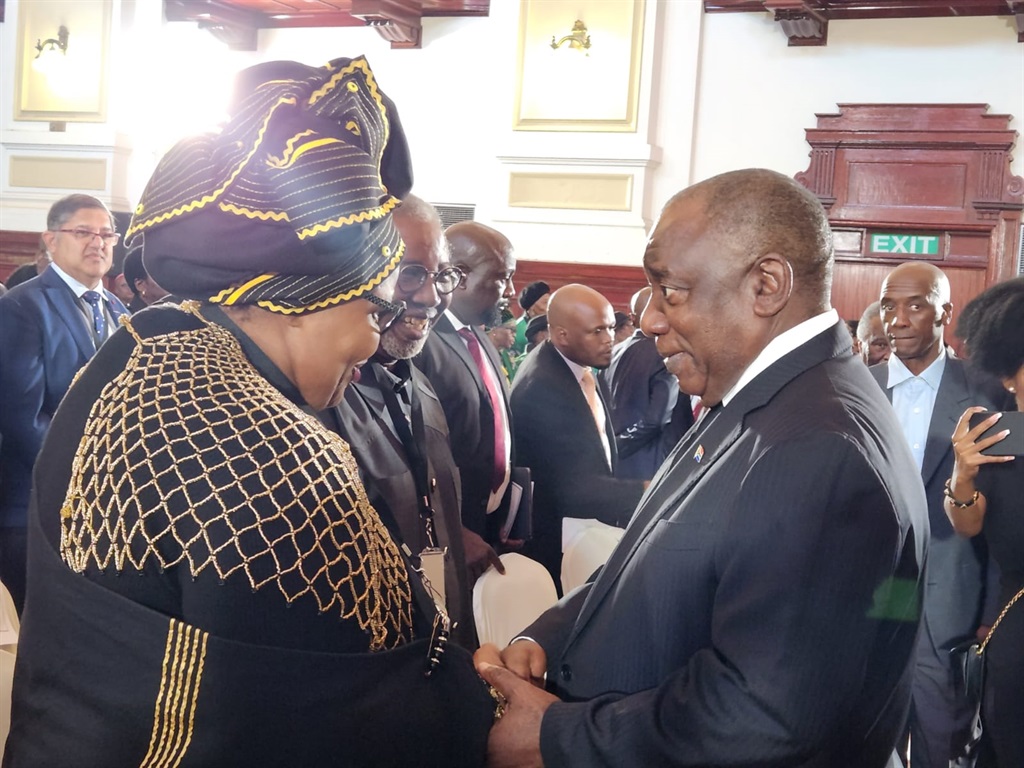 Frene Ginwala has been remembered for her fierce fortitude, with President Cyril Ramaphosa calling her a rock of the ANC as he referenced the battle cry for women in South Africa, Wathint' abafazi, wathint' imbokodo (you strike the women, you strike a rock).

A memorial service to honour her life was held at the Johannesburg City Hall on Tuesday. Ginwala died on 12 January at the age of 90. Presidents past and present, politicians and dignitaries came together to remember her work in the freedom struggle and the fight for women's equality.

"Comrade Frene, if ever we had an imbokodo – you are the biggest imbokodo we have ever had," Ramaphosa said, referencing her work in the liberation of women in the country.

The president said her work created a space within the democracy that accommodated women.

At the ANC's 1991 national conference, it was Ginwala who insisted that the national executive committee (NEC) should consist of 30% women.

"She did not win that battle, but the women of this country won the war [because the NEC now consist of 50% women]. That war was instituted by Frene." He said the Constitution, which includes the Bill of Rights, had some of those rights referenced by the Women's Charter, which came from the leadership of Ginwala.

"She was one of the few voices in a space that did not accommodate women, and she can be counted among the women who burned passes in the 1930s and who marched to the Union Buildings in the 1950s… and in 2019, she marched to Parliament to call for an end to the murder of women. No country can be free for as long as its women are not," he added.

He said Ginwala was always mindful of her responsibility to serve the country's people and do everything to advance their cause.

"She lived, fought and strived selflessly, and she was honest, courageous and driven with a deep abiding love of humanity and, most importantly, the people of South Africa."

"We lost a lioness of our struggle," Lesufi began.

"The brave one has left us. We are not ashamed of the name Comrade Frene Ginwala, [hers] is a name we are ready to salute forever."

He said Ginwala was polite when politeness was needed.

Ginwala was a member of the ANC and served in various structures, including the NEC, ANC constitutional commission and the committee charged with retrieving and depositing ANC archives.

She spent 30 years in exile and returned to South Africa in 1990 when she joined the secretariat in the office of Nelson Mandela.

Ginwala was the first speaker of the National Assembly in democratic South Africa.

"She had a glittering future as an academic and in law – but she chose to serve the country. Her ideals of non-racialism and non-sexism will never die. Go well, feminist and true national leader. Go well, my friend, the national speaker," he ended his tribute.