Heavy rain is expected in parts of the country on Wednesday.
Jaco Marais, Gallo Images

The rain which has consistently made landfall across several provinces is set to continue on Tuesday, the South African Weather Service says, with disruptive rainfall especially forecast for the Free State and North West.

Yellow Level 2 warning for disruptive rainfall that may lead to localised flooding of susceptible formal/informal settlements or roads, low-lying areas and bridges.

Major roads will be affected but can be used; increased travel times, difficult driving conditions on dirt roads with closure of roads crossing low water bridges, localised damage to mud-based/make-shift houses/structures, localised mudslides, as well as rock falls and soil erosion is expected in the central and western parts of the North West, as well as the north-west and central interior of the Free State.

Extremely high fire danger conditions are expected over over southern parts of Namakwa and the eastern parts of the Central Karoo districts in the Western Cape, as well as the the central parts of the Northern Cape.

- Hot and humid conditions are expected over the interior of the Western Cape tomorrow.

Gauteng will be cloudy at first, otherwise partly cloudy and cool to warm with isolated showers and thundershowers.

In Mpumalanga, it will be cloudy and cool to warm with isolated showers and thundershowers, becoming partly cloudy later in the afternoon.

Limpopo will be cloudy and cool to warm with isolated showers and thundershowers.

In the North West, conditions will be cloudy and cool with widespread showers and thundershowers, but scattered in the north-east.

In the Free State, it will be cloudy and cool with scattered to widespread showers and thundershowers.

Morning fog is expected along the coast in the Northern Cape, otherwise fine and hot to very hot, but partly cloudy in the eastern parts with isolated to scattered showers and thundershowers in the extreme east.

The wind along the coast will be fresh becoming strong southerly from late morning.

The western half of the Eastern Cape will be fine and hot to very hot, but partly cloudy along the coast from late afternoon.

The wind along the coast will be moderate south-westerly.

In the eastern half of the Eastern Cape, it will be partly cloudy, becoming cloudy in the afternoon with isolated showers and thundershowers in the north, spreading to the Wild coast by the evening.

The wind along the coast will be fresh to strong north easterly, becoming moderate south westerly west of East London during the morning, otherwise light and variable.

There will be morning fog patches over the northern interior in KwaZulu-Natal, otherwise cloudy and warm to cool with isolated showers and thundershowers.

The wind along the coast will be moderate to fresh easterly to north-easterly. 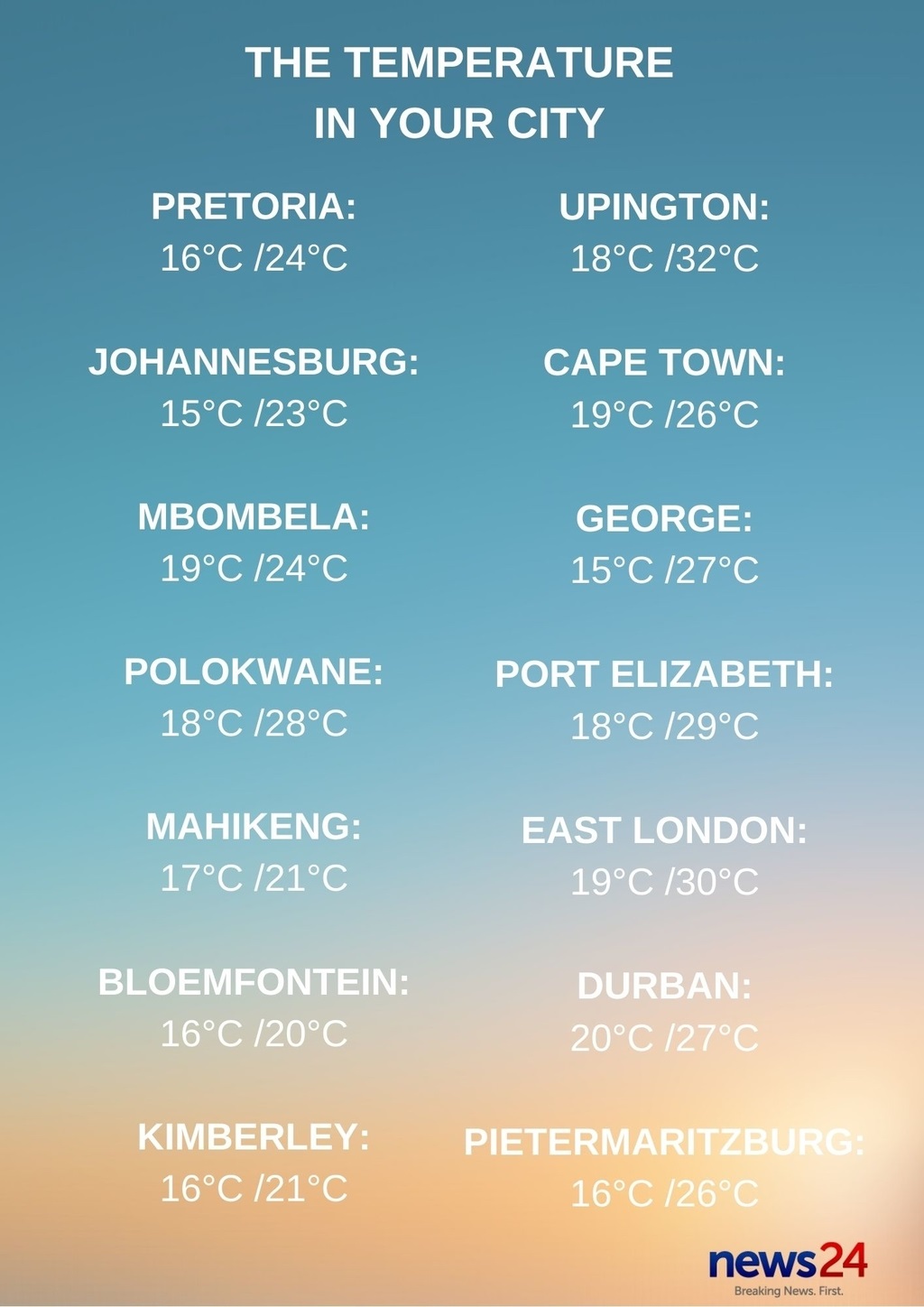 The weather forecast for 3 February.