'We're not going to die from the virus, but from hunger!' 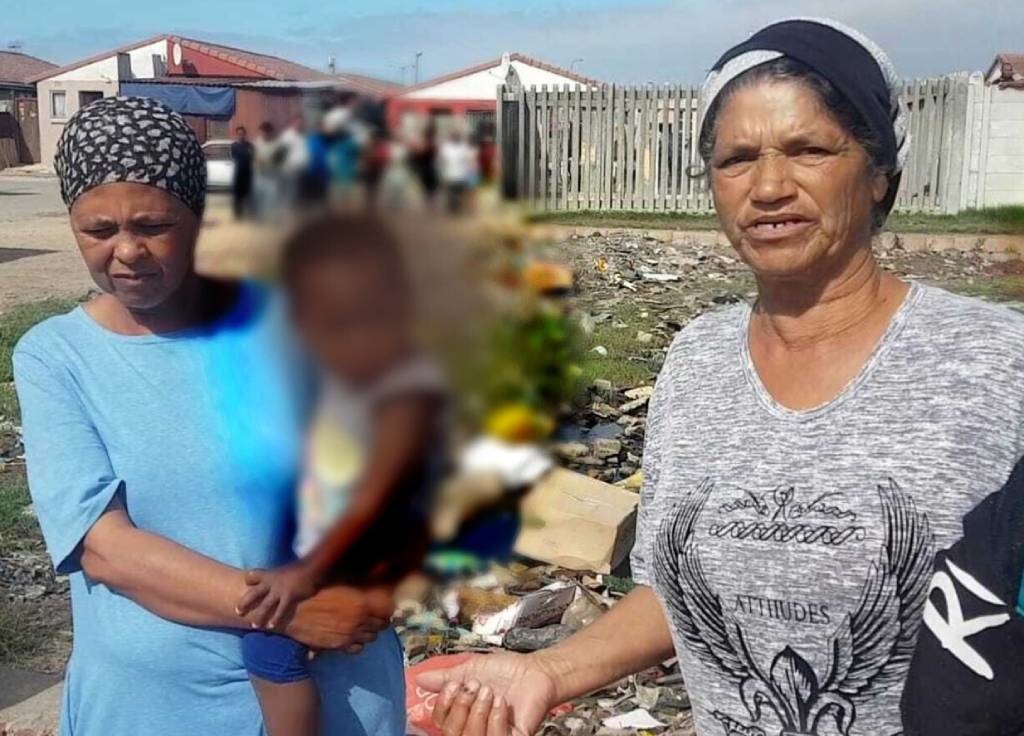 This cry by a Cape Town mother on Wednesday was heard by News24 barely 50m from where at least two food trucks were stoned and looted on Robert Sobukwe Road just off the N2 near Cape Town International Airport the day before.

Residents of Golden Gate, a suburb close to where the trucks were torched on Monday, have spoken of their hunger - claiming they have received no food support from government.

"From donations, the children are made porridge. But there is not enough for everyone," said local resident Washiela Orange.

Many children were going hungry, day after day.

"Our children are suffering - our whole community is suffering," said mother Soraya Francke.

Louise Diederiks said her husband was a member of Cape Town's historic horse-and-cart community, which has for decades clip-clopped through suburbs on the Cape Flats to collect scrap and waste, which they then sold. But now this had been prohibited under the strict lockdown rules - and the horses graze nearby on the roadside.

"People have no money left. But we cannot support or help them, because we do not have anything to give them ourselves. Even in these dire times, neighbours with nothing to give still gave out of their hearts," Louise Diederiks said.

Certain residents have begun by making the local children porridge.

"But now they cannot any longer, because the people who dished it out have no money to go and buy new ingredients," Orange said.

"We are so grateful to members of the community who are scratching in their pockets to find support."

In many instances, it is the most vulnerable - who rely on meagre state pensions - who are now feeding their grandchildren and children.

Women in the area said various officials had visited to record the details of those in need, but the food had not yet arrived as of Wednesday morning.

Asked about the attack on the trucks, Diederiks said she did not condone any violence, but that it was inevitable that hungry people would swarm around the stoned vehicles and take what they could.

The drivers were injured and four arrests were made.

We live in a world where facts and fiction get blurred
In times of uncertainty you need journalism you can trust. For only R75 per month, you have access to a world of in-depth analyses, investigative journalism, top opinions and a range of features. Journalism strengthens democracy. Invest in the future today.
Subscribe to News24
Related Links
John Steenhuisen: Time to listen to the experts and end the hard lockdown on Monday
See you in quart: Free State cops allegedly caught drinking in tavern released on bail
LIVE | Ndabeni-Abrahams pays admission of guilt fine after lockdown jaunt
Next on News24
LIVE | Covid-19 in SA: Cases rise by 4 100 as death toll goes up by 34