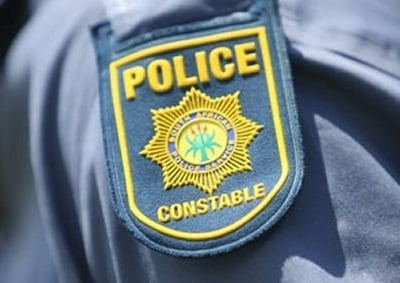 A Western Cape police officer has been taken into custody for the murder of a woman in Piketberg.
Nielen de Klerk

A Western Cape police officer has been taken into custody for the murder of a woman in Piketberg.

The Independent Police Investigative Directorate (IPID) is investigating the murder.

The woman was killed at around 19:00 on Sunday after walking in Main Road with some friends and family members.

While they were walking, a police officer in a private vehicle pulled up behind them. The woman turned around and walked to the car, where she spoke to the officer while standing at the driver's side door. She was seen holding hands with the officer, IPID spokesperson Grace Langa.

"The [officer] then cocked his service pistol and he fired multiple shots in the direction of the deceased whilst she was fleeing," Langa said.

She was declared dead at the scene and the body was taken to Malmesbury Forensic Pathology Services.

"The suspect handed himself over to the police and he was immediately arrested," Lang added.

He is expected to appear in the Piketberg Magistrate's Court on Tuesday on a charge of murder.

He added that the organisation would petition the court to deny the man bail.

In a Facebook post, the Piketberg Community Police Forum said: "Our prayers are with her family and 10-year-old son."

We live in a world where facts and fiction get blurred
In times of uncertainty you need journalism you can trust. For 14 free days, you can have access to a world of in-depth analyses, investigative journalism, top opinions and a range of features. Journalism strengthens democracy. Invest in the future today. Thereafter you will be billed R75 per month. You can cancel anytime and if you cancel within 14 days you won't be billed.
Subscribe to News24
Related Links
How a police officer's accident led to the discovery of body parts on a road in Pretoria
'Taxi driver thought he was going to be hijacked' - cops shoot 2 women in minibus while probing...
IPID probes death in custody at Cape Town police station
Next on News24
LIVE | Covid-19 in SA: 4 074 new cases

Here are the Daily Lotto numbers
Full list of lottery results
Voting Booth
Have you and your family been counted in Census 2022?
Please select an option Oops! Something went wrong, please try again later.
Yes
47% - 4081 votes
No
53% - 4540 votes
Previous Results
Podcasts
PODCAST | The Story: Teen who murdered his mother gets 25 years behind bars