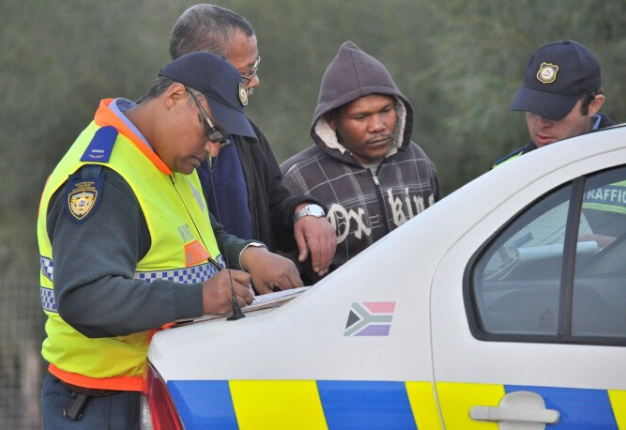 Traffic officials with motorists during a road block.
Arrive Alive

The Western Cape Provincial Traffic Services recorded a total of 253 speeding offences and issued 6 641 fines between 17 and 23 January, amounting to more than R8 million.

In the past week, authorities implemented 323 integrated roadblocks, vehicle checkpoints and speed control operations across the province - a total of 32 330 vehicles were stopped and checked.

Western Cape Transport and Public Works MEC Daylin Mitchell said he remained concerned about the high number of drunk drivers arrested in the past week.

A total of 17 crashes occurred from 17 to 23 January resulting in 21 fatalities. Among those who died included six drivers,  seven pedestrians, five passengers, a cyclist and two motorcyclists.

Meanwhile, a total of 68 arrests were made. The majority of the arrests - 35 - were for people driving under the influence of alcohol.

Four people were also arrested for trying to bribe officers and 11  for the possession of fraudulent documentation.

One person was arrested for obstructing or hindering an officer in the execution of their duty, said department spokesperson Ntomboxolo Makoba-Somdaka.

The highest speeds recorded were:

"Traveling at 169km/h in a 120km/h zone is reckless and irresponsible. Drivers are putting their own lives and the lives of other road users at considerable risk," added Mitchell.