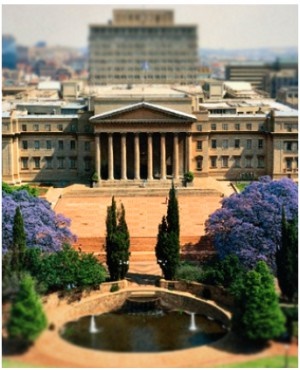 A student, 20, died on Saturday evening in what is suspected a suicide in Braamfontein after jumping from the sixth floor of her residence, Gauteng police said on Sunday.

Reacting to the death, the Wits SRC on Sunday tweeted that the university and institutions in general needed to review its current support structures.

“The unspoken pressures on students at institutions are becoming prevalent and the current measures in place are grossly inefficient. So many of our students live in external accommodation and are at risk of these kinds of incidents. There needs to be a review of the support services offered by external residences,” the SRC said.

The SRC said they’ve lost many lives to mental health-related issues and there was a need for an urgent intervention from all stakeholders.

“Mental health needs to take centre stage in the University's Vision 2022 framework. For too long, these issues have taken a back seat. The SRC will make every effort to arrange counselling for any affected members of the Wits community,” the SRC said.

Wits spokesperson Sharona Patel could not be reached on Sunday evening for comment.

#BraamSuicide trended on social media on Sunday after an eyewitness to the apparent suicide claimed the people that were supposed to save her life, “told her to jump off the balcony”.

Solani Sibanda posted on Facebook that the Wits student died in front of him, but he couldn’t help.

“Her fellow students at South Point, the detective that was sent to negotiate made it worst in seconds (sic) and South Point management failed to simply save this student from killing herself. Now she is dead,” he said.

He said he was in total shock and disgusted by some of the students - four girls from Wits – the car guards and a number of guys “who were shouting and telling this girl to jump and that she was an attention seeker”.

“No one, even South Point, thought of calling the fire station to come put mattresses or something on the pavement before she jumped,” he wrote.

He said the girl gave them enough time to save her “but instead we encouraged the pressure she was fighting to take over”.

“The whole matter was handled very poorly. My heart is in pieces,” he said.

Police spokesperson Captain Kay Makhubele told News24 that he does not have any knowledge of the claims made by Sibanda regarding the police detective.

“No, I don’t know anything about this. We have opened an inquest docket. Police are still investigating the circumstance surrounding her death,” he said.

We live in a world where facts and fiction get blurred
In times of uncertainty you need journalism you can trust. For only R75 per month, you have access to a world of in-depth analyses, investigative journalism, top opinions and a range of features. Journalism strengthens democracy. Invest in the future today.
Subscribe to News24
Related Links
Braamfontein student dies in suspected suicide
UCT student found dead in university residence
Matie murder: Friend jumped over wall to safety
Next on News24
LIVE | SA records 1 567 513 Covid-19 cases and 53 757 deaths

Two bag top prize in the Daily Lotto jackpot
Full list of lottery results
Lockdown For
DAYS
HRS
MINS
Voting Booth
As a child or as an adult, have you ever been a victim of bullying?
Please select an option Oops! Something went wrong, please try again later.
Yes, at school
55% - 2828 votes
Yes, at work
17% - 878 votes
No, I've never experienced this
28% - 1408 votes
Previous Results
Podcasts
PODCAST | MISSING MATTHEW EPISODE 3: Decades of false starts add to a family's despair