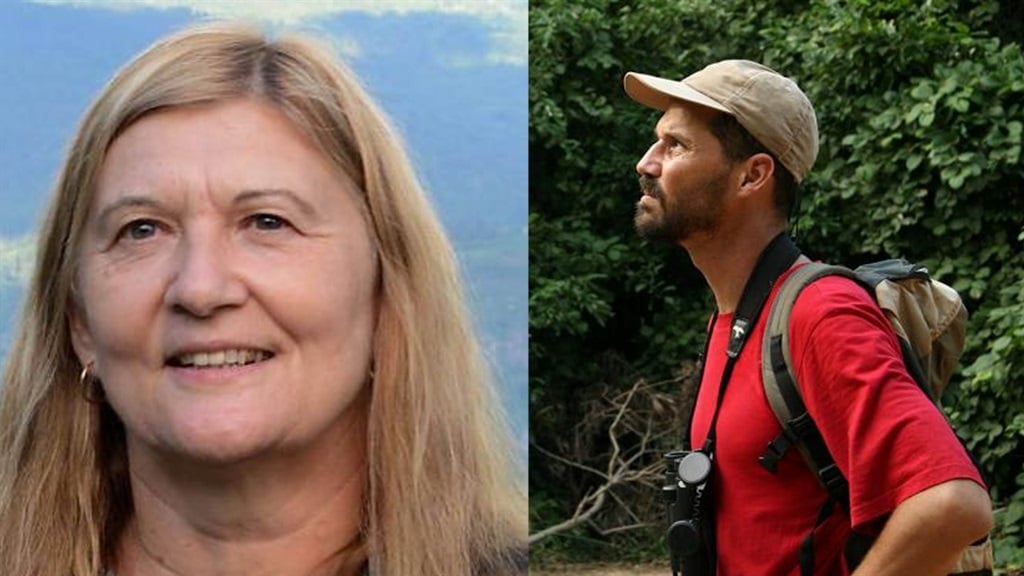 Masters, 66, and Génin, 50, both retired, were globally and nationally recognised primatologists.

She was a research and zoology professor, and he was a senior lecturer at the university.

The two did extensive work at the university's African primate initiative for ecology and speciation research unit before they left last year when Masters retired from the Alice-based institution.

Police have now launched a manhunt for the suspects who remain at large.

The couple's domestic worker discovered their lifeless bodies inside their room with their hands and feet tied up when she reported for duty, they said.

Mawisa added a post-mortem would be conducted to determine the exact cause of death. She said a case of house robbery and two cases of murder were under investigation. Mawisa added, according to the domestic worker, the couple's computers were missing.

"The domestic worker is in a highly traumatic state. She could not give full details but our crime experts have gone back to the scene today to resume work and also to see what else is missing from the house."

Hogsback, which sits on top of the majestic Amathole Mountains just 141km north-west of East London, is a popular tourist destination famous for its beautiful forests.

The shocked Hogsback community is now living in fear following the incident and a spate of criminal activity in the tiny holiday village.

The community policing forum in Hogsback said it would be calling a community meeting as soon as possible to discuss crime and security in the area.

In statement, forum chairperson Wayne Kent urged residents to be vigilant, keep themselves secure and look out for their neighbours.

"This is a terrible shock to us all and we ask that you keep their families, friends and colleagues in your thoughts and prayers. Our deepest condolences to them and to our Hogsback community," Kent said.

The university added Masters had a significant national and international standing in zoology.

Masters was also a post-doctoral fellow at Harvard University in Cambridge, Massachusetts, between 1987 to 1989.

Génin, who was trained in France (Poitiers and Paris) as an ethologist and a physiologist, arrived in South Africa in 2006, was associated with the Natal Museum in Pietermaritzburg, and subsequently the University of Fort Hare.

He conducted his doctoral research in the CNRS/MNHN laboratory of Brunoy, working on captive and wild mouse lemurs, small nocturnal primates endemic to Madagascar.

He was awarded his PhD in 2002 and conducted three post-doctoral studies in Madagascar and South Africa, shifting his research focus to more ecological questions, in particular the role of environmental variability on life history, working on a newly re-discovered species of mouse lemur, and the reddish-grey mouse lemur of the southern xerophytic thicket.

Anyone with information that could assist police in arresting the suspects should contact Hogsback police on 045 962 1030, Crime Stop on 08600 10111 or the nearest police station.