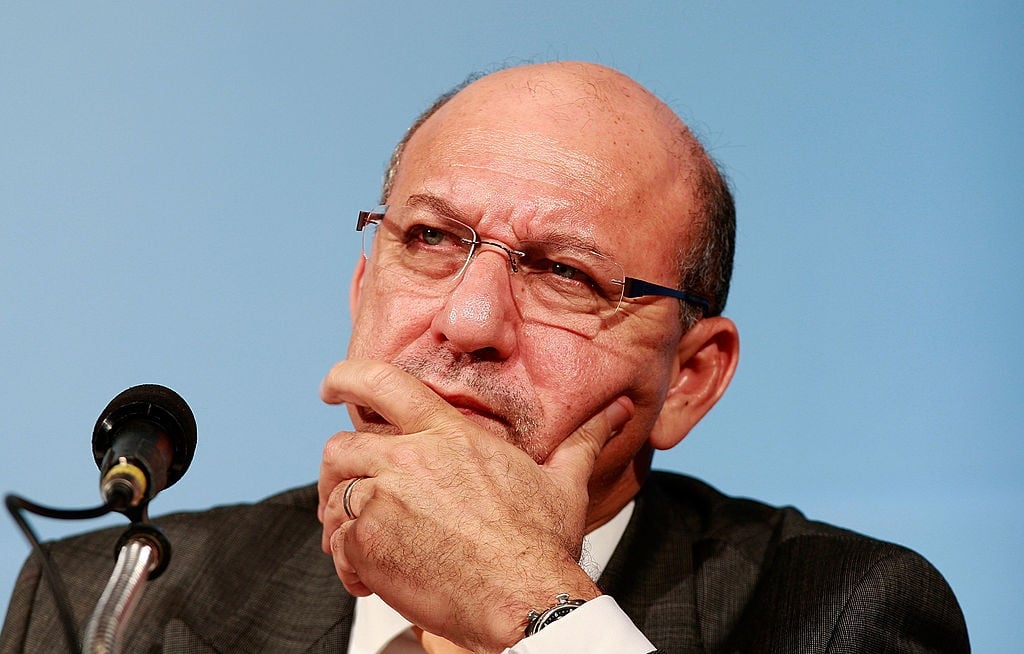 Trevor Manuel has sharply criticised government regulations and says the Disaster Management Act (DMA) does not mean that accountability over government is suspended.

In an interview with News24, he questioned the rationality of some regulations published in terms of the DMA, which governs a national disaster, and said he believes many of it make no sense. He also said that security forces need to understand their main function is to prevent the spread of Covid-19 and that they must act with compassion and out of a sense of service to the public.

"Once you start using the language of force, then you’re on the wrong side of history," Manuel said.

Manuel, the former finance minister and one of the most senior members of the governing ANC, says many of the regulations announced in terms of the DMA are "irrational" and make no sense.

"Look at the regulations about the sale of clothing that were published today: you aren’t allowed to sell T-shirts or flip-flops? What is this? It is not rational. We all agreed that, when the president announced the lockdown, it was necessary to prevent the spread of Covid-19. But, as this has unfolded, I have increasingly started to see the irrationality of much of it," he told News24 in an interview on Wednesday.

He wrote in City Press on Sunday that South Africans should not forsake the Constitution and tolerate violent behaviour from the police and the army.

"The Constitution and the Defence Act make it abundantly clear that the SANDF is accountable to Parliament for civil control and oversight. The tragedy of the behaviour of our security services in implementing the Covid-19 coronavirus national lockdown regulations is that their conduct has so often gone against the letter and spirit of our Constitution," he wrote.

He told News24 that, although his greatest concern initially was the heavy-handed and uncaring approach of the police and soldiers, the behaviour of some ministers had also left much to be desired.

"Some of the regulations announced by ministers are irrational. On what basis does the Minister of Transport announce a curfew to commence at 20:00 and then change it to 19:00? But, also, on what basis is a curfew announced at all?

'We need to get back to rationality'

Manuel said the DMA was there to help navigate difficult and unprecedented events, "but the Act does not mean that accountability over government is suspended".

The emphasis should not be on arresting people or on issuing fines, but on preventing the spread of the virus. And the police and army need to understand that they should conduct their tasks with compassion and a sense of service.

He added that Covid-19 was "unprecedented" and that the last time emergency powers such as these, which limited people's movement, were enacted was with the state of emergency which ended on 2 February 1990.

"They used the jackboot then. And why do you use the jackboot? Because the system doesn’t work. And if the Minister of Police, for example, is serious about making the system work, he’d ensure that the police secretariat (the civilian body which provides oversight on the police) is properly staffed. Then you’d have the police commissioner in the Western Cape (Yolisa Matakata) making sure the 'over-zealousness' of the police in Muizenburg, as she put it, is held in check."

Manuel is furious about an incident north of Durban, where a child was accosted by law enforcement officers because of the alleged violation of a Covid-19-related regulation.

"It’s a terrible incident. I want to shout at them and hold the Children’s Act to their faces. We cannot do this. Similarly, with other incidents where people have been the victims of violence by the police and army."

READ | 'Lockdown regulations are being broken more under Level 4'

The Constitution demands civilian oversight of the police and the army through the police secretariat, the Independent Police Investigative Directorate and the defence council. The public, Manuel says, must insist on accountability.

We live in a world where facts and fiction get blurred
In times of uncertainty you need journalism you can trust. For 14 free days, you can have access to a world of in-depth analyses, investigative journalism, top opinions and a range of features. Journalism strengthens democracy. Invest in the future today. Thereafter you will be billed R75 per month. You can cancel anytime and if you cancel within 14 days you won't be billed.
Subscribe to News24
Related Links
Trevor Manuel: Let’s not forsake our Constitution because of the lockdown
Ramaphosa appoints AU envoys, including Trevor Manuel, to secure economic aid for Africa
Mpumelelo Mkhabela: President can't be a fence-sitter when it comes to his Finance Minister
Next on News24
LIVE | Covid-19 in SA: 6 375 new cases

R440k for one Daily Lotto winner!
Full list of lottery results
Voting Booth
Have you and your family been counted in Census 2022?
Please select an option Oops! Something went wrong, please try again later.
Yes
48% - 794 votes
No
52% - 873 votes
Previous Results
Podcasts
PODCAST | The Story: What is behind Khayelitsha's recent mass shootings?