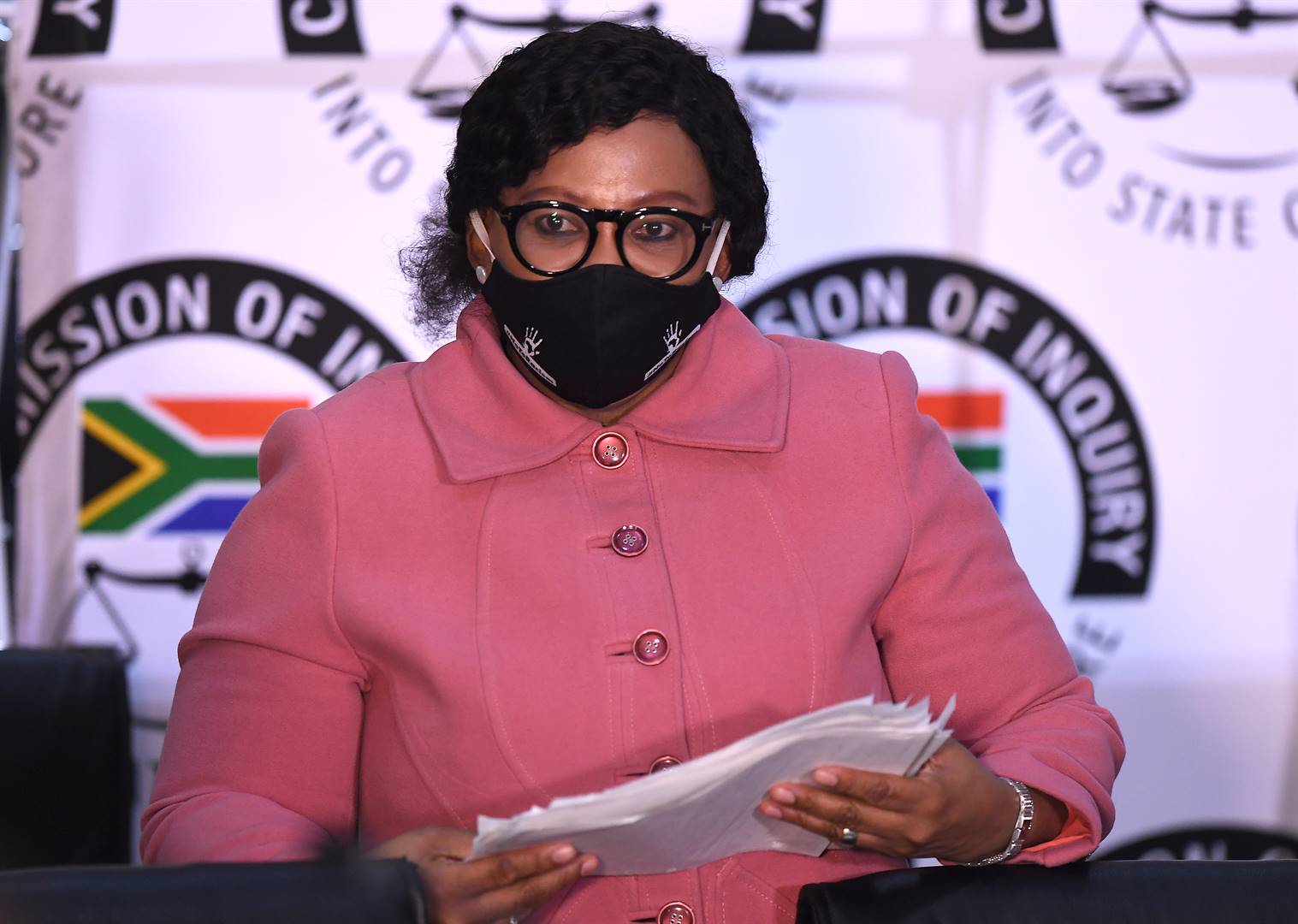 Hodes also said a security report had been compiled and that "it was found as a fact that my client, Ms Mokonyane's IP address has been hacked on the 29th and 30th of August from Pretoria. So there is a positive report of a hacking, there is a security threat... that's why, with respect, she asks for finality as to her appearing here."

He also said, after Mokonyane's appearance at the commission, they had received questions from City Press regarding guesthouse owner Frederik Hendrik Coetzee's statement to the commission and that the publication had wanted her to comment on it.

Coetzee is the owner of the Victorian Guesthouse in Krugersdorp.

He said: "Each time she testifies, there is subsequent character assassination of her in the media and the leaks by the journalists.

Zondo said the issue of Coetzee's affidavit being leaked was "unacceptable".

"It is a matter we are very concerned about. It is unacceptable... yes we haven't laid charges, but we have spoken very strongly and there just seems to be a problem.

"I'm not saying that we will not lay charges. So far we have not because we have been hoping that they would come to their senses and stop this habit. I just wanted to say that about that," the deputy chief justice said.

During his testimony, Coetzee told the commission that the guesthouse had hosted Mokonyane's 40th birthday celebrations in 2003, contradicting her previous testimony at the commission.

He said the event was organised by Agrizzi.

Coetzee also told Zondo that it was the first high-profile government function hosted by the guesthouse.

He said, initially, they were expecting to cater for 80 guests, before the number increased to 120. However, on the day of the function, the number rose to 174 people.

Mokonyane is currently testifying before the commission.

We live in a world where facts and fiction get blurred
In times of uncertainty you need journalism you can trust. For only R75 per month, you have access to a world of in-depth analyses, investigative journalism, top opinions and a range of features. Journalism strengthens democracy. Invest in the future today.
Subscribe to News24
Related Links
Angelo Agrizzi's former PA confirms sending birthday hampers to Nomvula Mokonyane and assistant
Mokonyane, birthday bash, home repairs - when witnesses contradicted ex-minister at Zondo commission
Bosasa bought groceries for the elderly in Kagiso, not Mokonyane, PA tells Zondo
Next on News24
LIVE | WHO warns against Omicron travel bans as nations shut borders,