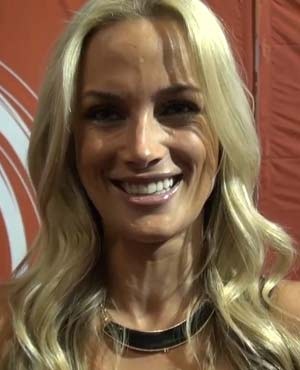 Pretoria - Reeva Steenkamp’s family has expressed its unhappiness at the granting of additional prison privileges to Oscar Pistorius, it was reported on Wednesday.

The Times quoted Reeva’s uncle, Mike Steenkamp, as saying that the “correctional services department has a short memory [about what Pistorius did]”.

Pistorius was sent to Pretoria's Kgosi Mampuru II prison where he is serving a five-year culpable homicide sentence. The athlete shot the law student and model four times on 14 February 2013.

He is scheduled for consideration for release into house arrest in August.

His prisoner status has been upgraded from category B to category A, reported the Daily Mail on Monday. This means he’s now able to hug and kiss visitors, own a radio and wear jewellery.

He will also be able to make more phone calls and buy more toiletries and treats.

A family source told the newspaper that although Pistorius has been “very low” in prison, he is getting all the support he needs from authorities.

Last week Sapa reported that the National Prosecuting Authority had given notice of its intention to appeal Pistorius's conviction.

His defence team was served with the notice on Friday, and the North Gauteng High Court and the Supreme Court of Appeal were sent the notices on Monday, spokesperson Velekhaya Mgobhozi said.

Mgobhozi said the State would wait for transcripts of the court's record before filing its papers.

Prosecutor Gerrie Nel argued that the sentence imposed on Pistorius was "shockingly inappropriate". However, Barry Roux, for Pistorius, said the law was correctly applied in convicting and sentencing.

We live in a world where facts and fiction get blurred
In times of uncertainty you need journalism you can trust. For only R75 per month, you have access to a world of in-depth analyses, investigative journalism, top opinions and a range of features. Journalism strengthens democracy. Invest in the future today.
Subscribe to News24
Related Links
NPA gives review notice on Pistorius appeal
Oscar stripped of honorary doctorate
State granted leave to appeal Pistorius conviction
Next on News24
WATCH: New four-part Oscar Pistorius documentary to air on Amazon Prime Video